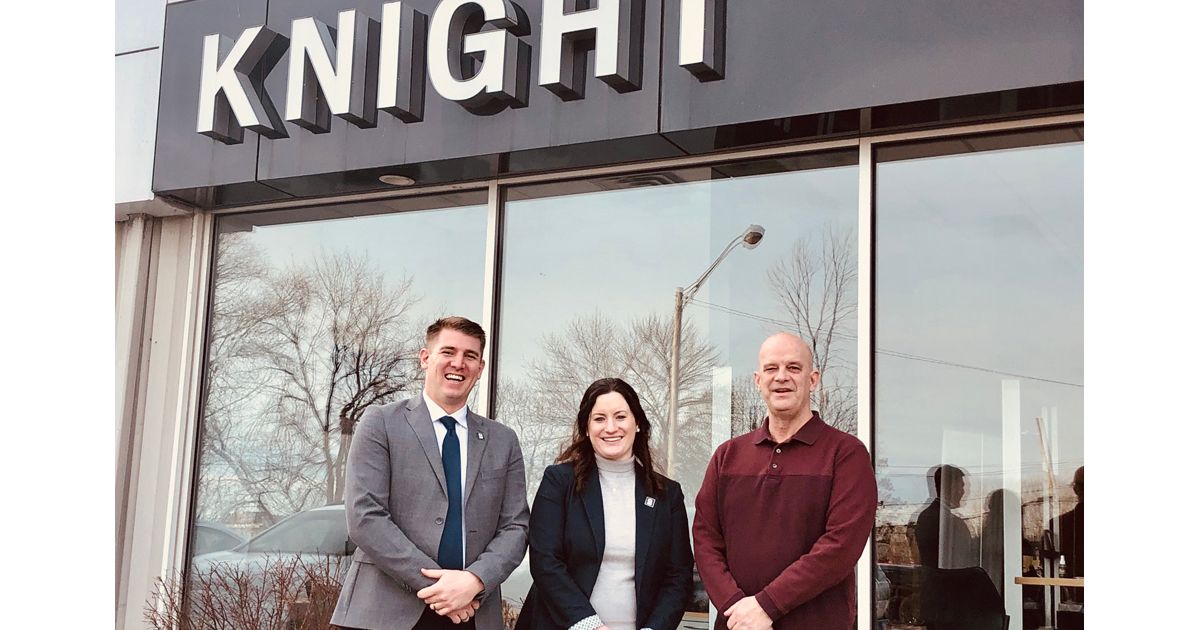 Canadians Annie Brennan and Shea Brennan bought their first dealership in the U.S. in December, a Buick-GMC store in upstate New York.

The Brennans bought Knight Buick-GMC in Plattsburgh on Dec. 13 from Richard Knight Jr. The dealership was renamed Brennan Buick-GMC.

“Shea and I had been looking to purchase our own store in Atlantic Canada for a few years now and once we decided to look into the U.S., we came across this opportunity in Plattsburgh,” Annie Brennan told Automotive News in an email. “We were excited about the area and excited about the opportunity to continue with General Motors.”

The Brennans join other Canadian dealers who have looked across the border for acquisitions in the past few years. In December, western Canada’s Knight Automotive Group bought two California Ford stores, and Foundation Automotive Corp., of Calgary, Alberta, has been expanding significantly in the U.S. since buying its first dealerships here in 2019.

Annie Brennan said she is a third-generation GM dealer, following in the footsteps of her grandfather Joseph Toner and father, Robert Toner.

She most recently was fixed operations manager for CYV Chevrolet-Buick-GMC in Woodstock, New Brunswick, while Shea Brennan was sales manager there, according to their LinkedIn profiles.

Annie Brennan said she and her husband learned about the dealership purchase opportunity from Dealer Solutions Mergers and Acquisitions, a buy-sell firm in Markham, Ontario, with U.S. offices. Kevin Leslie of that firm represented the Brennans in the transaction, while Nancy Phillips Associates, a buy-sell firm in Exeter, N.H., represented Knight.