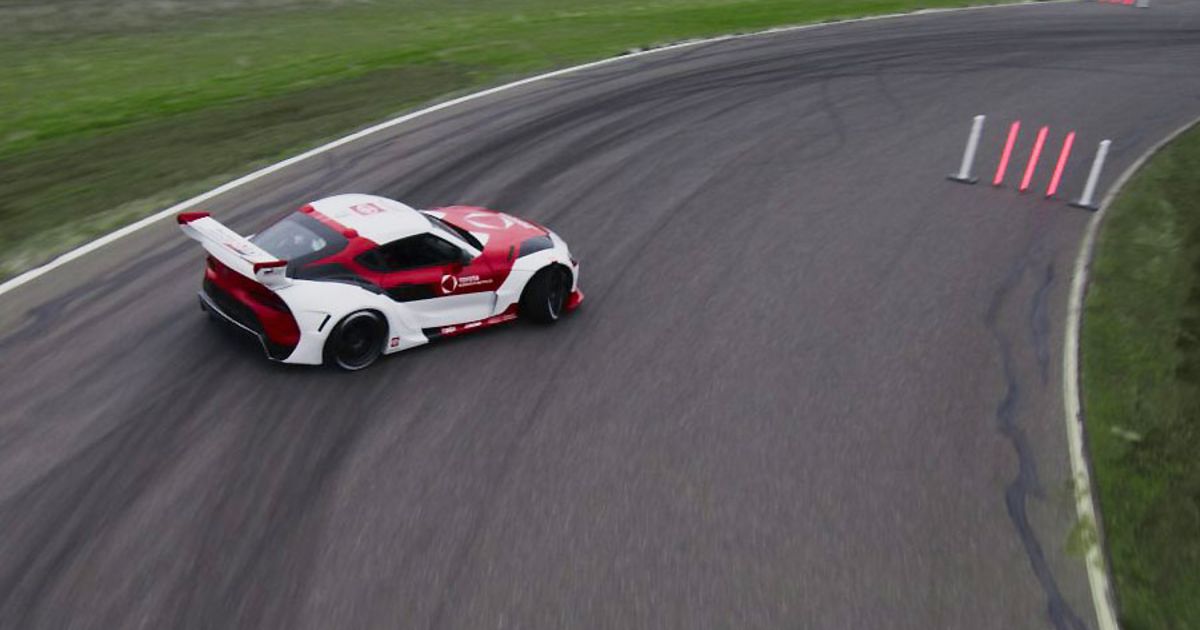 Toyota Motor Corp. said its researchers have programmed a vehicle to autonomously drift around obstacles on a closed track, a first that the automaker said provides a preview into how self-driving systems can complement human driving in hazardous conditions.The Toyota Research Institute on Wednesday released a video that showcases the technology, which was outfitted on a Toyota Supra sports car that was “customized for autonomous-driving research,” according to a news release. The car is shown autonomously drifting around objects on the 2-mile closed test track at Thunderhill Raceway Park in Northern California.

Avinash Balachandran, senior manager of human-centric driving research at TRI, said the “main goal” of the project was to learn more about how advanced technologies can “augment and amplify” human drivers.

“We’re looking at how to control the car in the entire spectrum of its performance and then really build technologies that are not replacing humans, but rather incorporating expert driver skills into how regular drivers drive,” he said in the video.

The research comes as Toyota is reportedly planning to launch an operating system in its vehicles by 2025 that would be capable of handling autonomous driving. The system, called Arene, will be made available to affiliates such as Subaru in the future, according to Reuters, which cited a report by Nikkei. It was not immediately clear whether Toyota has long-term plans to implement a version of TRI’s autonomous drifting system into its passenger vehicles in coming years. TRI did not immediately respond to a request for comment.

Such a development could be years away, as the Supra was tested with computer-controlled steering, throttle, braking and transmission systems and modified with performance and safety systems similar to those used in the Formula Drift motorsport series. The vehicle was programmed to know where track boundaries and obstacle were, according to Toyota.

Still, the development represented a major breakthrough for Toyota researchers in their quest to better understand “the full spectrum of vehicle performance,” the company said in a statement.

TRI said its software calculates a new trajectory for the vehicle every 20th of a second, allowing the vehicle to remain balanced as it drifted around objects and made turns. Given the complexity and difficulty of drifting, that’s a major advance, said Jonathan Goh, a research scientist at TRI who leads the project.

“When you’re drifting there are a lot of forces at play, and you’ve got to really understand how every degree of steering angle slows the car down or every additional application of the throttle rotates the car,” he said in the video. “Being able to handle a drift requires being able to balance all of these different objectives up to the very limits of its capabilities.”

TRI researchers are looking to develop technology that can quickly react when a vehicle driven by a human finds itself in a dangerous situation, such as driving over black ice or the sudden appearance of an object on the road.

“We want cars to have the skills of an expert driver and be able to directly react to difficult situations like spinning when you hit a patch of ice,” Goh said.

The breakthrough stems from a partnership between TRI and Stanford University’s Dynamic Design Lab that focuses on research into new active safety technologies.