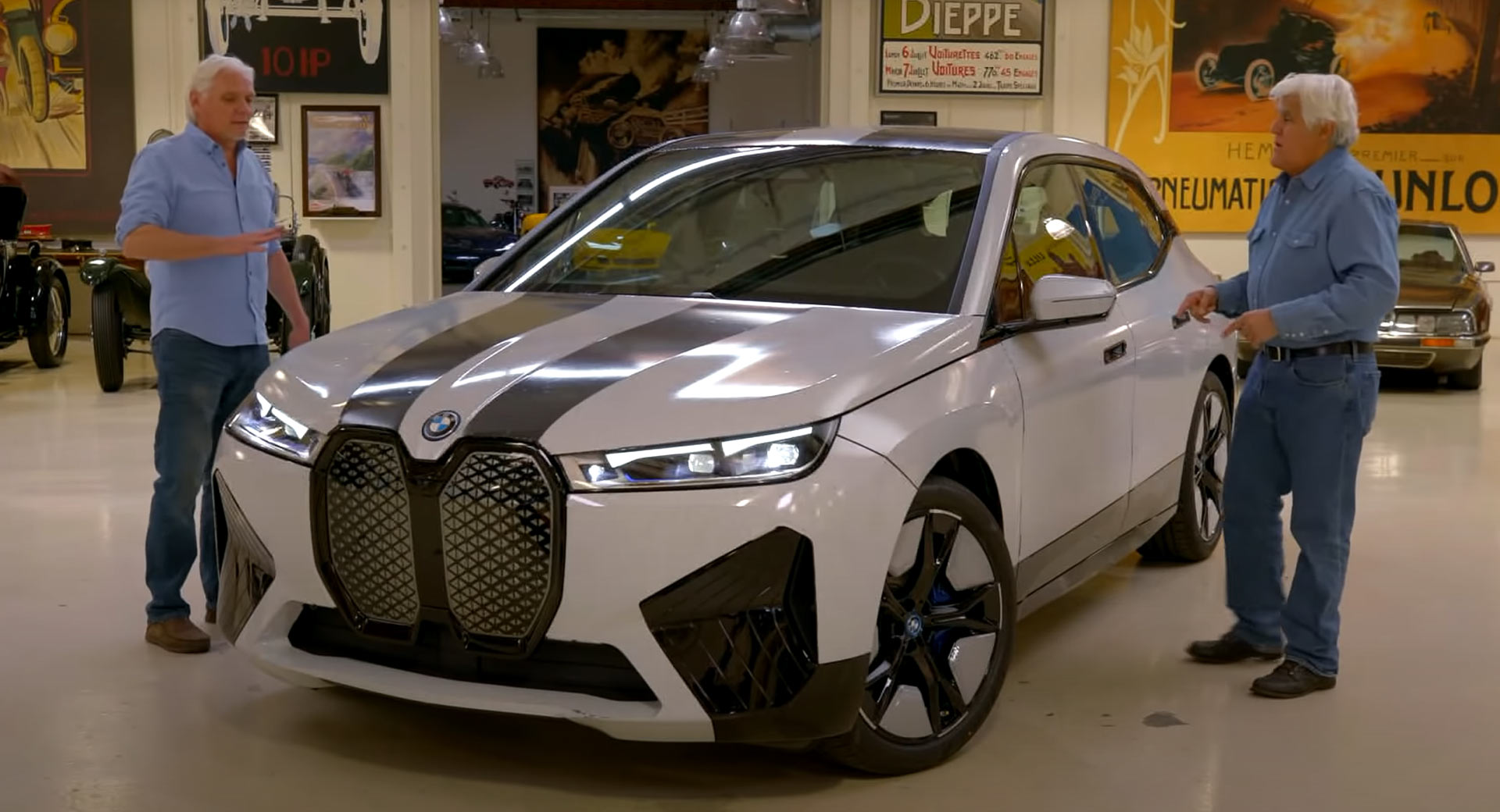 The BMW iX is an important vehicle for the German car manufacturer and to help promote it, BMW unveiled an iX with advanced color-shifting technology at CES. The car recently paid a visit to Jay Leno’s Garage.

The ink adorning the exterior of this one-off iX features electrophoric technology that’s stimulated by electrical signals and can alter its color. The system runs off the SUV’s battery pack and can be operated with a smartphone.

Watch Also: BMW’s E Ink Body Wrap Can Change From Black To White At The Touch Of A Button

This review focuses on both the color-shifting technology of the iX and the SUV itself. Leno appears quite taken aback by the ink and ponders what kind of legal implications a finish like this could have if it ever finds its way into production. For example, he implies that criminals could simply change the color of a vehicle on the fly to avoid being detected by authorities.

As for the iX itself, it has initially launched in the U.S. in a single variant dubbed the xDrive50. While BMW isn’t specifically marketing the iX xDrive50 as a high-performance vehicle, it does come equipped with a pair of electric motors pumping out a combined 516 hp and 564 lb-ft (764 Nm) of torque. Providing these motors with their juice is a 106.3 kWh battery pack. BMW says the SUV can hit 62 mph (96 km/h) in 4.6 seconds and reach a 124 mph (200 km/h) top speed.

While most will refer to the iX as an SUV, BMW prefers to call it an SAV, or ‘Sports Activity Vehicle.’ This may seem like nothing more than some clever marketing on BMW’s part but, no matter how you want to call it, Leno discovers that the iX is a very compelling EV.