The Dubai Police Force has a plethora of supercars and other exotics in its fleet and now ambulance crews have a supercar of their own, namely a special Lykan Hypersport.

The unusual emergency vehicle has been unveiled at the ongoing ‘Expo 2020’ event being held in the city and is being referred to as the ‘HyperSport Responder.’ While it obviously doesn’t have the ability to transport patients like a traditional ambulance, they claim it will be used in other emergency situations.

Read Also: This Lykan Hypersport Stunt Car From Fast And Furious Is Being Sold As An NFT

“Dubai has become synonymous with everything that is unique and the first in the world,” Dubai Corporation for Ambulance Services chief executive Khalifa bin Darrai said in a statement. “The launch of ‘HyperSport Responder’ reflects Dubai’s unique position as one of the leading cities in the world in the field of innovation. The car’s speed and capabilities can significantly reduce response time during emergencies and ensure timely intervention.” 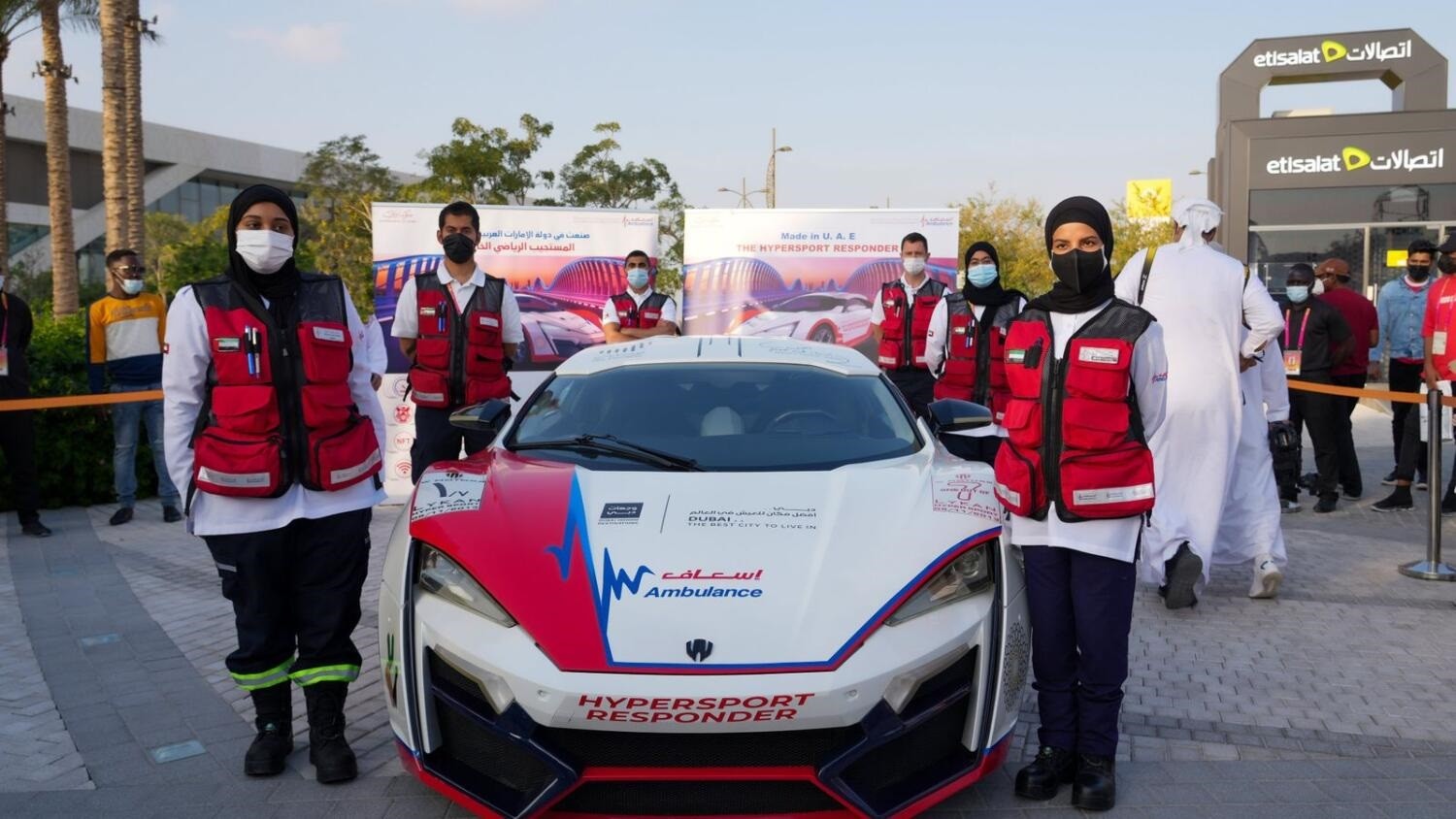 The Lykan has been outfitted with a striking livery of white and red and also includes various slogans, including one that reads “Dubai, the world’s best city to live in,” the Khaleej Times reports.

Interestingly, the police department in the neighboring city of Abu Dhabi picked up the keys to a Lykan Hypersport in mid-2019. Given that just 7 examples of the Hypersport were ever produced, it’s certainly possible that the new ‘HyperSport Responder’ to be used by paramedics in Dubai is the same car that once served police duties in Abu Dhabi.