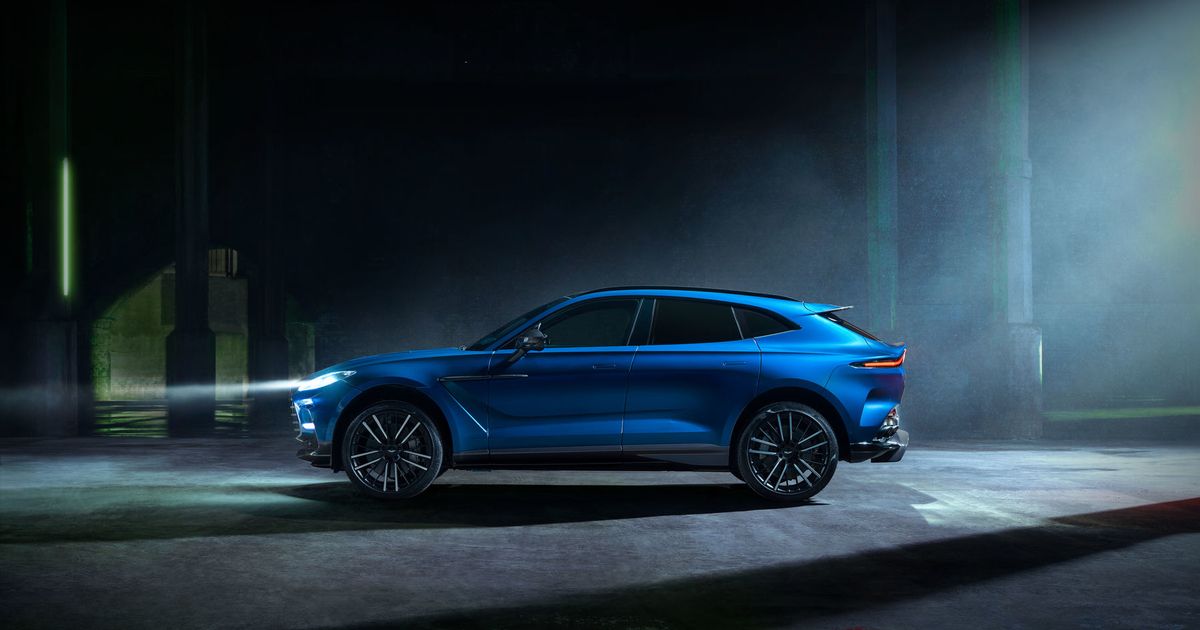 Aston Martin, looking to expand the appeal of its bestselling vehicle in years, the DBX SUV, is adding a super-high-performance version that accelerates to 60 mph (97 kph) in just 3.1 seconds.

The DBX707 takes its name from the output of the vehicle’s 4.0-liter Mercedes-Benz-derived twin-turbo V-8. Using the European measuring system, the 32-valve, quad-cam V-8 is rated at 707 hp. (The engine is SAE rated at 697 hp).

The SUV’s engine is essentially a retuned version of the unit that powers the current DBX, which is rated at 542 hp and delivers a 0-to-60 mph (97 kph) time of 4.3 seconds. The engine is mated to a nine-speed wet-clutch transmission, a new gearbox that Aston engineers say delivers faster, more direct shifts than the conventional hydraulic automatic transmission used in the DBX.

“We have truly unlocked the performance potential within the DBX to create a world-beating high-performance SUV,”Ralph Illenberger, Aston Martin’s head of powertrain, said in a statement. “The huge gains we have found in both power and torque demonstrates not only the inherent prowess of the 4.0-liter bi-turbo V-8, but Aston Martin’s appetite and ability for finding uncompromising engineering solutions,” he added.

The DBX707 comes standard with six-piston brake calipers and ceramic discs. Those are behind standard 22-inch wheels. Other drivetrain revisions include a new, stronger version of the DBX’s electronic limited-slip rear differential and a 3.27 final drive ratio. Engineers also revised the turning of the DBX’s air suspension and electric power steering systems.

The DBX707 gets a new, larger grille, with new air intake and brake cooling ducts. The daytime running lights have also been redesigned. The cosmetic changes help funnel more air into the engine bay for cooling the twin-turbo engine. The rear of the vehicle has a spoiler to help reduce lift at high speeds, and the rear air diffuser has been enlarged.

The interior has also been updated with a new lower console that adds switches for drive modes; previously the driver selected modes via a screen and submenus. The switches adjust the suspension system, transmission shift program, traction control and exhaust sound.

Despite the success of the DBX, Aston Martin is still struggling financially and CEO Tobias Moers is under pressure. Bloomberg last month reported that Canadian billionaire Lawrence Stroll, who rescued Aston and hired Moers in 2020, had approached former Ford Europe Chairman Steven Armstrong to gauge his interest in replacing the CEO.