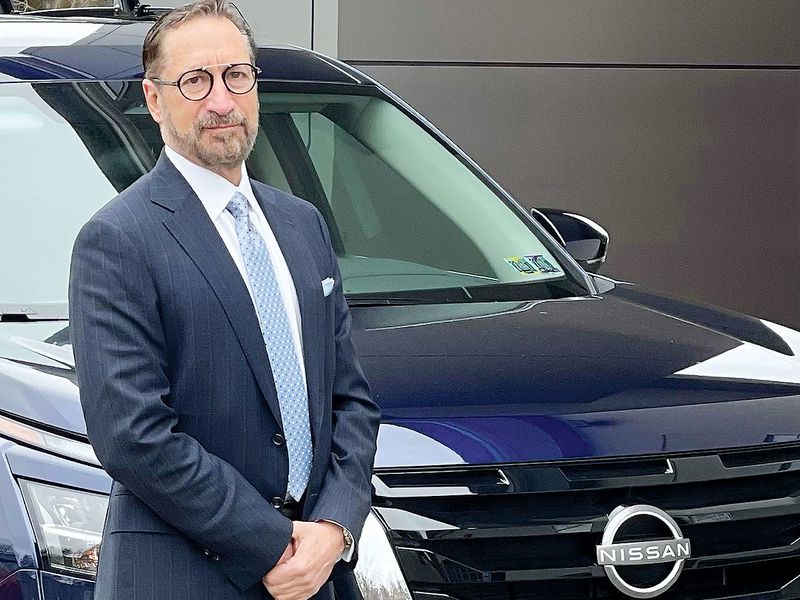 A few years ago, Nissan’s U.S. business was in free fall — its balance sheet hemorrhaging, a rebellious dealer body and customers largely uninterested in the brand.

Nissan’s outlook today is decidedly brighter. The Japanese automaker is at the tail end of a product overhaul that is drawing more customer attention. Tight new-vehicle supplies and management’s decision to abandon controversial sales policies have boosted deliveries and prices along with the spirits of the brand’s dealers.

The optimism is evident in the mergers and acquisitions market. Twenty-two percent of retailers polled in Kerrigan Advisors’ 2021 Dealer Survey expect Nissan franchise valuations to increase. In 2020, just 8 percent of dealers shared that sentiment.

“It’s reflective of a nice turnaround in Nissan’s financial performance and demand for the franchise,” said Erin Kerrigan, managing director of the Irvine, Calif., company. “You’re going to see more buy-sell activity of Nissan franchises in 2022.”

The appeal of a Nissan franchise is even coming from some unlikely quarters.

Robert DiStanislao, who sells six-figure Italian and German supercars in suburban Philadelphia, is making a bold bet on the more pedestrian Japanese brand.

DiStanislao’s RDS Automotive Group operates a stable of ultraluxury marques — Bugatti, Ferrari, Maserati and Porsche. But the dealer sees opportunity in the mass market, with what he refers to as a “value play.”

DiStanislao is expected to close on a Nissan store in Devon, Pa., on Monday, Jan. 31, from a dealer looking to retire.

“We initially wanted to buy real estate to expand our supercar brand,” DiStanislao said. “We bought the Nissan store intending to use the valuable real estate for pre-owned supercars.”

But those plans were scrapped after Nissan executives sketched out the brand’s road map for DiStanislao.

“We were impressed with the deployment of new product — specifically $18 billion earmarked for BEVs,” he said. “We became enthusiastic about refocusing our energies to expanding the brand in our market.”

Nissan is pivoting from a market share-first strategy championed by former Chairman Carlos Ghosn that alienated retailers and customers. Instead, profitability is a new priority.

It is paying dividends. Last year, the Nissan brand’s U.S. business reported a 12 percent uptick in deliveries, a reversal from 2020 when sales plummeted 33 percent.

Dealer sentiment also is improving. The Nissan brand ranked 15 out of 32 in the Summer 2021 National Automobile Dealers Association Dealer Attitude Survey — a barometer of how auto retailers feel about their franchise. It was a marked improvement from Nissan’s No. 25 ranking a year earlier.

Nissan franchise values took a tumble starting in the second quarter of 2019 and did not recover until the third quarter of last year, according to Kerrigan.

“After effectively hitting bottom in 2020,” Kerrigan said, a Nissan franchise is a relative bargain compared with Asian competitors.

Indeed. Nissan stores trade, on average, for 3.0 times earnings, compared with 4.0 times for Hyundai and 6.7 times for Toyota, Kerrigan noted.

For an ultraluxury-brand dealer, the Nissan franchise creates both opportunity and challenge.

“It’s about diversifying my product line so I can service customers for all of their vehicle needs,” said DiStanislao, who spent much of his college years behind the wheel of a 1978 Datsun 280 Z.

DiStanislao hopes to sell Nissan Rogues to his Ferrari and McLaren customers who need a starter vehicle for their 18-year-old heading to college.

“Our customers can now get a brand-new Sentra, instead of having to buy a 70,000-mile BMW 3 Series for their kid,” he said.

The dealer said he is seeing interest in Nissan crossovers and pickups from his white-shoe clients.

“When our luxury customers found out we were going to be in the Nissan business, I got inquiries about Pathfinder, Maxima and Titan,” DiStanislao said.

But DiStanislao, who is used to Ferrari’s champagne-like profit margins, must figure out how to run the Nissan store on slimmer margins.

The dealer margin on a Nissan Rogue is less than one-tenth of that on a Ferrari Roma.

“It is going to be a challenge,” DiStanislao said. “Nissan customers are on a much tighter budget and they may not repair everything that the car needs to keep it at its proper running order.”

DiStanislao plans to offset the lower margins with higher volume. He expects to boost the Nissan store’s 400-vehicle annual sales rate by 30 percent in the first 18 months.

“You put the customer into short-term, two or three-year leases, so there is high turnover,” DiStanislao said. “That way, the customer is never exposed, never out of warranty and they are able to stick to their budget.”

In an unconventional move, DiStanislao will forgo store advertising despite being in a major market with 44 Nissan dealerships.

Instead, he’ll invest those dollars to add high-touch customer service to the value brand.

Nissan of The Main Line will adopt no-haggle pricing and offer pickup and delivery for service vehicles.

“We’re bringing luxury to mass market,” DiStanislao said. “Our business model is about client engagement because a happy customer tells six people and an unhappy one tells 20.”