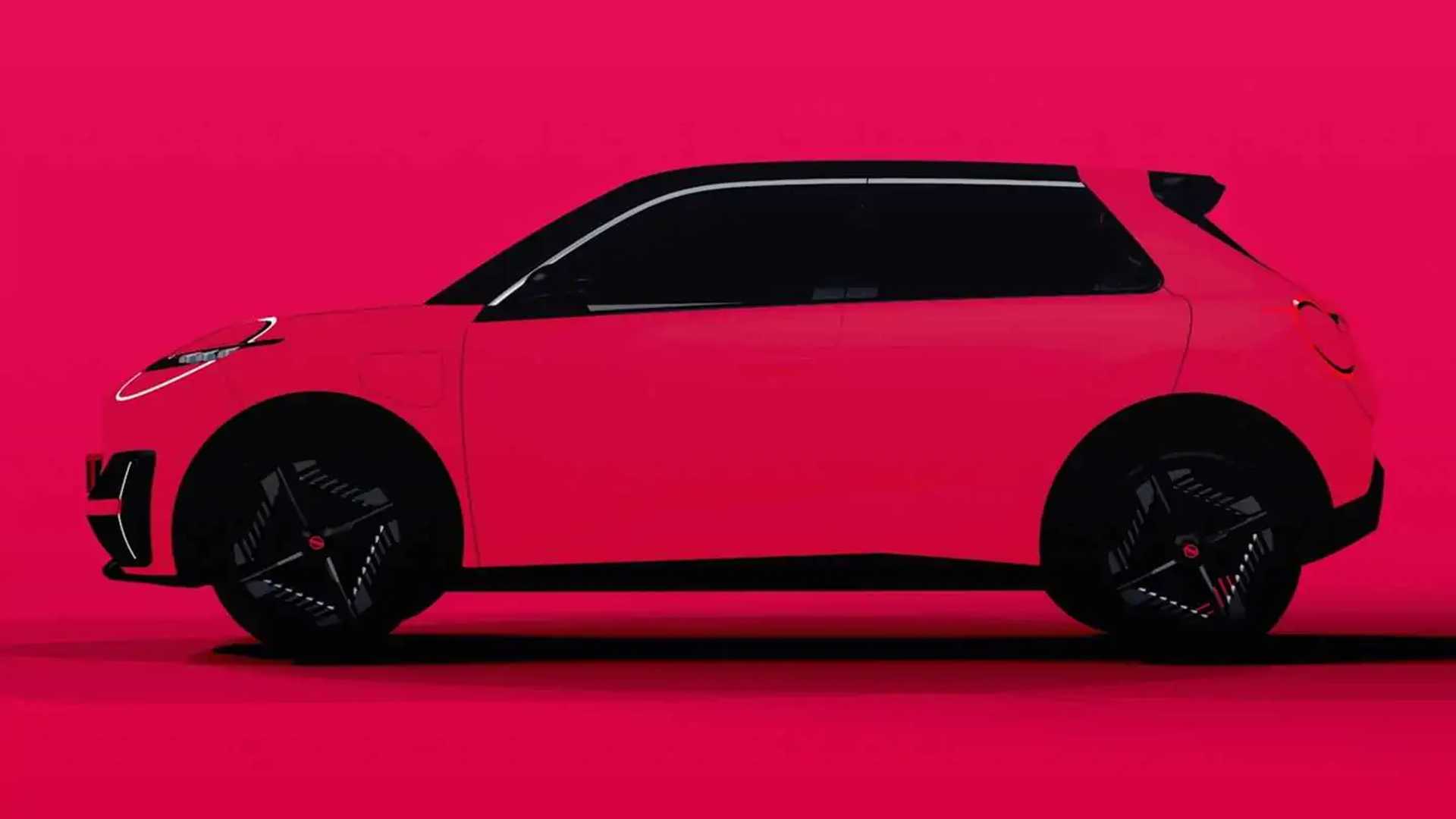 Nissan has released the first teaser image and video of the all-electric successor to the Micra supermini for Europe.

Designed by Nissan, the model will be based on the Renault Nissan Mitsubishi Alliance’s new CMF B-EV platform shared with the future Renault 5 EV. Both vehicles will be built at Renault ElectriCity in northern France, a complex of three plants (Douai, Maubeuge, and Ruitz) repurposed to form Europe’s largest EV production facility.

The all-new compact electric vehicle will succeed the iconic Nissan Micra as the entry-level vehicle in the automaker’s European lineup. Nissan says it will announce the EV’s name “in due course,” which leads us to believe it won’t be called Micra.

The teaser video reveals a friendly-looking front end featuring big round LED daylight running lights featuring three horizontal headlight clusters in the middle, additional vertical LEDs placed on each side of the bumper, and an illuminated Nissan logo between the headlights.

At the rear, the taillights echo the round shape of the front DRLs, with other noticeable details including the short hood, “hidden” rear door handles, and sizable roof spoiler.

Nissan says the CMF B-EV platform “enables the companies to maintain unique styling for their respective products,” and that’s obvious looking at how different the Micra EV looks from the Renault 5 EV prototype.

“This all-new model will be designed by Nissan and engineered and manufactured by Renault using our new common platform, maximizing the use of our Alliance assets while maintaining its Nissan-ness. This is a great example of the Alliance’s ‘smart differentiation’ approach. Succeeding our iconic Micra, I am sure this new model will provide further excitement to our customers in Europe.”

For now, Nissan isn’t willing to reveal more about the new EV, with product information, technical details, and launch timing to be announced later on. According to most reports, Nissan plans to debut the electric hatchback in 2024.