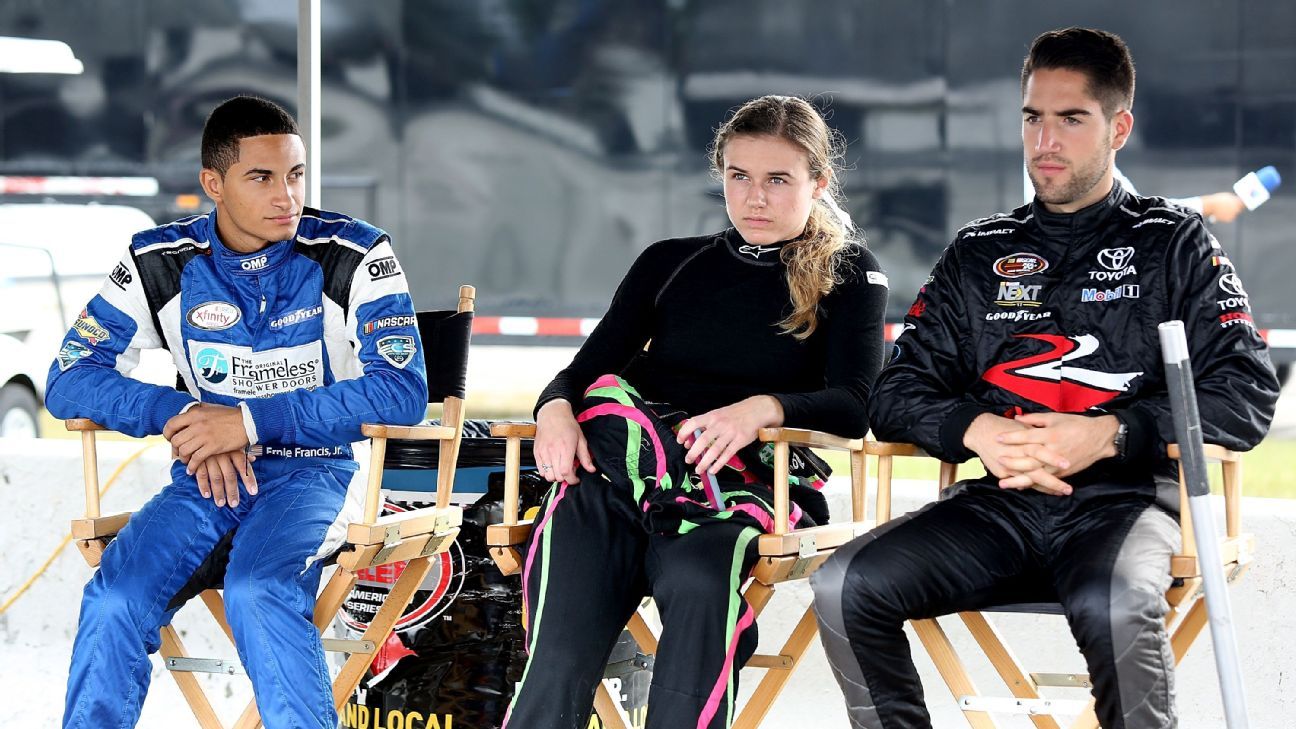 Ernie Francis Jr., who earned national recognition when he won a race in Tony Stewart’s all-star series over the summer, has been hired to drive in Indy Lights this season as part of IndyCar’s Race for Equality & Change initiative.

Francis is a Florida native of Haitian descent who has been fast-tracked in IndyCar’s ladder system. The 24-year-old will attempt to work his way up to become the first Black driver in America’s top open-wheel series since George Mack in 2002.

“This is an incredible opportunity,” Francis said in a statement. “After getting a taste last year and beginning to learn what open-wheel racing is all about, I found myself wanting more. … To know that I’ll continue my education with Force Indy and [am] only one step away from the IndyCar Series makes this unbelievably special. I cannot wait to get started.”

Force Indy is backed by Roger Penske, owner of both the Indianapolis Motor Speedway and several race teams. He has made a push to add diversity to the series since taking ownership of the landmark track in 2020. A Team Penske-backed effort led to Simona de Silvestro racing in last year’s Indy 500 for an all-female team.

Francis won three races last year in his lone season in the Formula Regional Americas Championship. He finished second in the overall standings in the inaugural season of Stewart’s Superstar Racing Experience with a breakout win at Lucas Oil Indianapolis Raceway Park.

He is a seven-time class champion in the Trans Am Series from 2014 through 2020, winning 47 career races, the most in series history.

Force Indy was launched in late 2020 by former racing team manager Rod Reid. The team was created with a focus on hiring men and women of color, including mechanics, engineers, staffers and drivers.

“Being able to finish our first season with a win showed what this team is capable of doing,” Reid said. “We want to thank Myles, who will always be a member of the Force Indy race team, and will continue to offer assistance and mentorship as he pursues another season in USF2000. I could not be more thrilled to promote our group to Indy Lights.”

Team Penske will continue to offer mentorship for Force Indy. The Race for Equality & Change program aims to recruit and develop a diverse workforce throughout all levels of IndyCar and Indianapolis Motor Speedway.

“I was pleased to learn that Ernie would be driving for Force Indy in 2022,” Penske said. “As someone who has a history in Trans Am, I know the type of skillset that comes from that series. Ernie will be a wonderful addition to Indy Lights.”

Force Indy will make its Indy Lights debut in St. Petersburg, Florida, during IndyCar’s season-opening weekend next month. The team will continue to use the No. 99 in honor of the late Dewey “Rajo Jack” Gatson, who drove a roadster with that number toward the end of his career.

Gatson was one of the winningest Black drivers and mechanics in racing but never had an opportunity to race the Indy 500.

“We remain very fortunate to have Team Penske offer its guidance and mentorship,” Reid said. “I have been in and around the sport for 40 years. Force Indy remains a labor of love, and our goals are unchanged — focusing on diversity with an eye toward competing in the IndyCar Series, in honor of Rajo Jack, and the Indianapolis 500.”