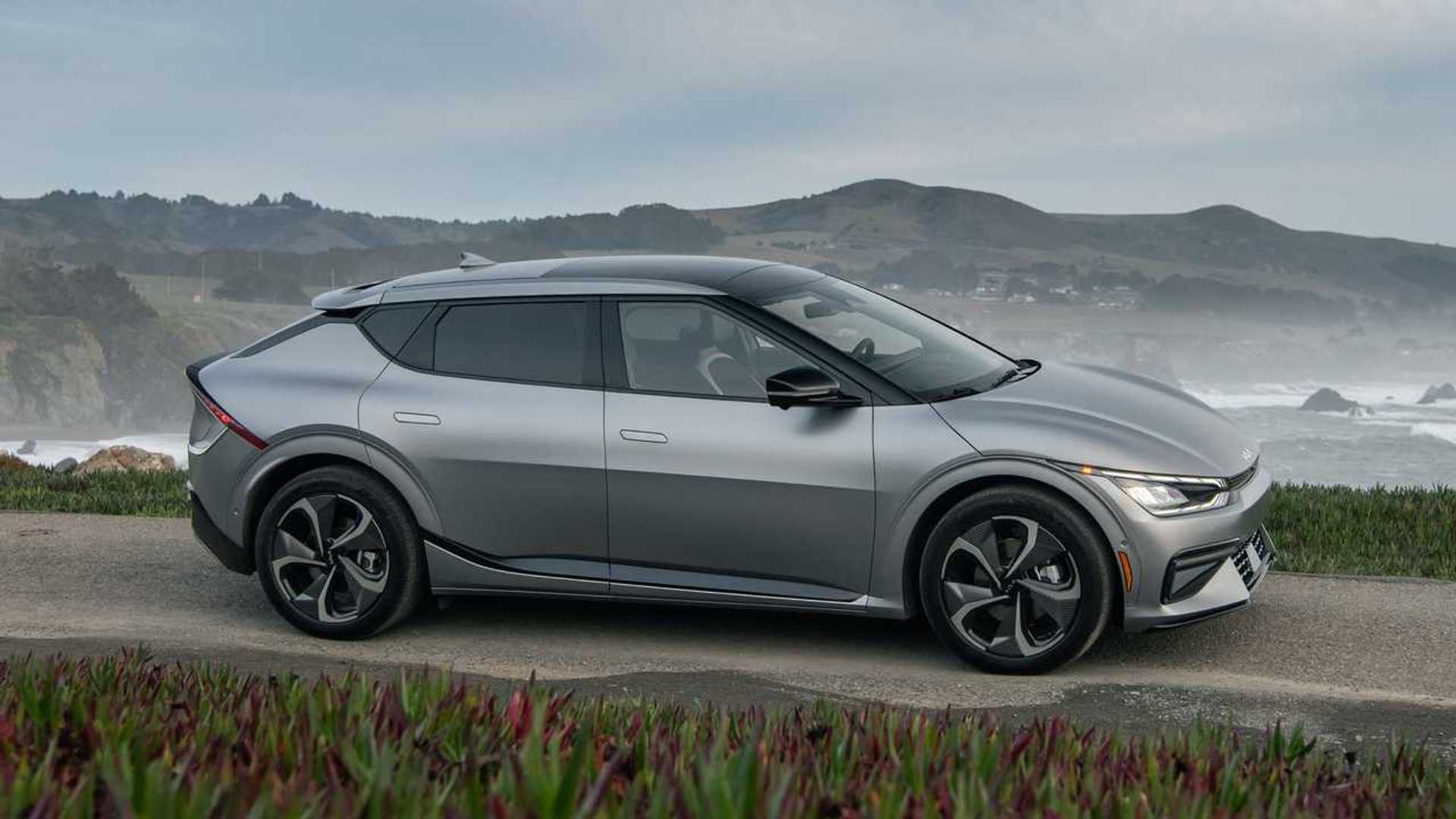 Kia announced pricing for the 2022 Kia EV6 model in the U.S. market, where sales should start soon. According to Kia, the EV6 will be sold in all 50 states. The first cars are expected to “arrive in dealerships in the upcoming weeks.”

The South Korean manufacturer will offer three trim levels: Light, Wind and a sporty GT-Line trim. At the end of the year, the top-of-the-line GT version should join the lineup.

For $6,100 more, one could get a Wind RWD version with 77.4 kWh. The addition of the front motor for all-wheel drive increases the price by $3,900. However, the AWD also reduces the range (more on that below).

The EPA range ratings were announced in December, and they are pretty good – including 310 miles (499 km) in the case of the car with RWD and 77.4 kWh battery. 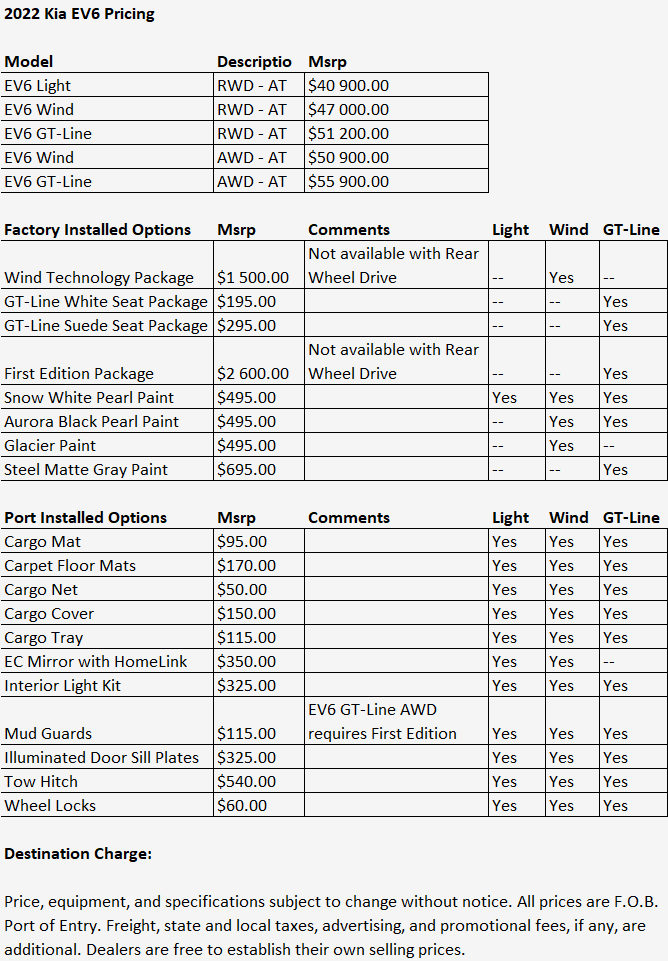