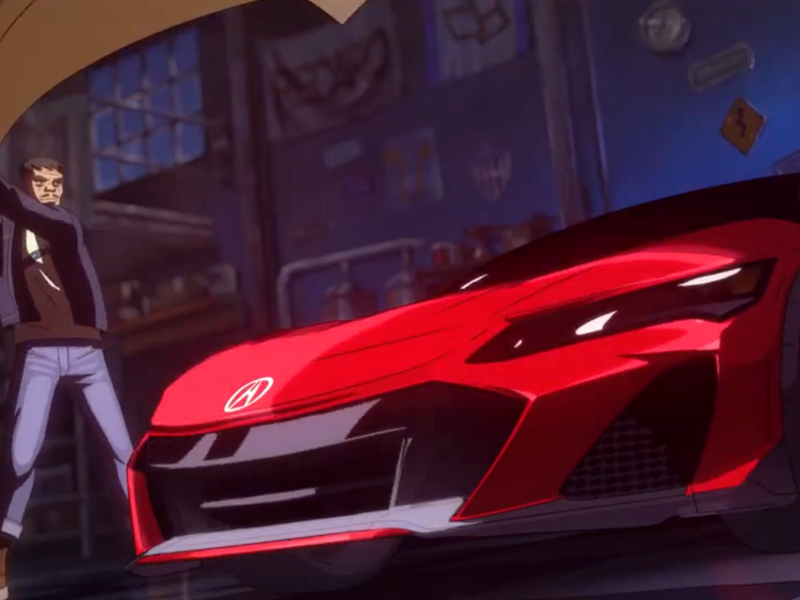 In Acura’s new campaign, the cars it is trying to sell are nearly secondary to the anime characters it has created — almost. In its attempt to connect with younger generations, the brand has created an anime series-based ad campaign that focuses on the story of Japanese-American girl Chiaki, who is learning how to race cars.

The ads, which span four one-minute episodes, are for Acura’s new Type S performance cars. The episodes track Chiaki learning how to drive from her uncle Noboru in order to beat her “nemesis” Erich Kang, who ostentatiously vrooms around on the race track at every opportunity.

The spots will air for the first time at the Sundance Film Festival, which starts Thursday and is being held online due to the pandemic. Acura is sponsoring the event for the 12th straight year.

According to Acura’s Vice President and Brand Officer Jon Ikeda, the brand wants to emphasize “fun” — and in so doing, aims to open the floor to younger buyers who are more connected to social media.

The one-minute spots lend themselves better to digital platforms and social media, said Ikeda, referencing how his own son doesn’t watch TV. They also include a Spanish-language voiceover to appeal to Spanish-speaking audiences, with the aim of building a “multicultural base,” Ikeda said.

The characters’ personalities and backstories will also be fleshed out over social media, according to Nicole Neopolitan, group account director of MullenLowe Los Angeles, the agency behind the anime campaign.

The ads come as anime has become increasingly familiar in American television and in advertising. Toyota earlier this month released a campaign for its 2022 GR86 sports car that included the Japanese anime “Initial D.,” a street racing manga series created in the 1990s. Last summer, Taco Bell released an anime-inspired ad for its nacho fries.

Acura, Honda Motor Co.’s luxury brand, framed its campaign as not jumping on the anime bandwagon but instead returning to the brand’s Japanese roots.

The brand and agency wanted to ensure that the episodes weren’t just “car-car-car,” said Hayward. “We wanted to make sure we were telling a story.” Western elements are also woven into the anime, including the Long Beach setting where the brand sponsors a Grand Prix race in real life.

The campaign comes after Acura saw revenue fall in late 2021 as a result of supply chain shortages, with U.S. sales dropping 24 percent in December. The luxury car industry that the brand is part of also suffered from pandemic-related drops in sales.

Acura declined to specify the media buy for the Chiaki campaign. However, the campaign is its main focus for the start of the year, said Ikeda.