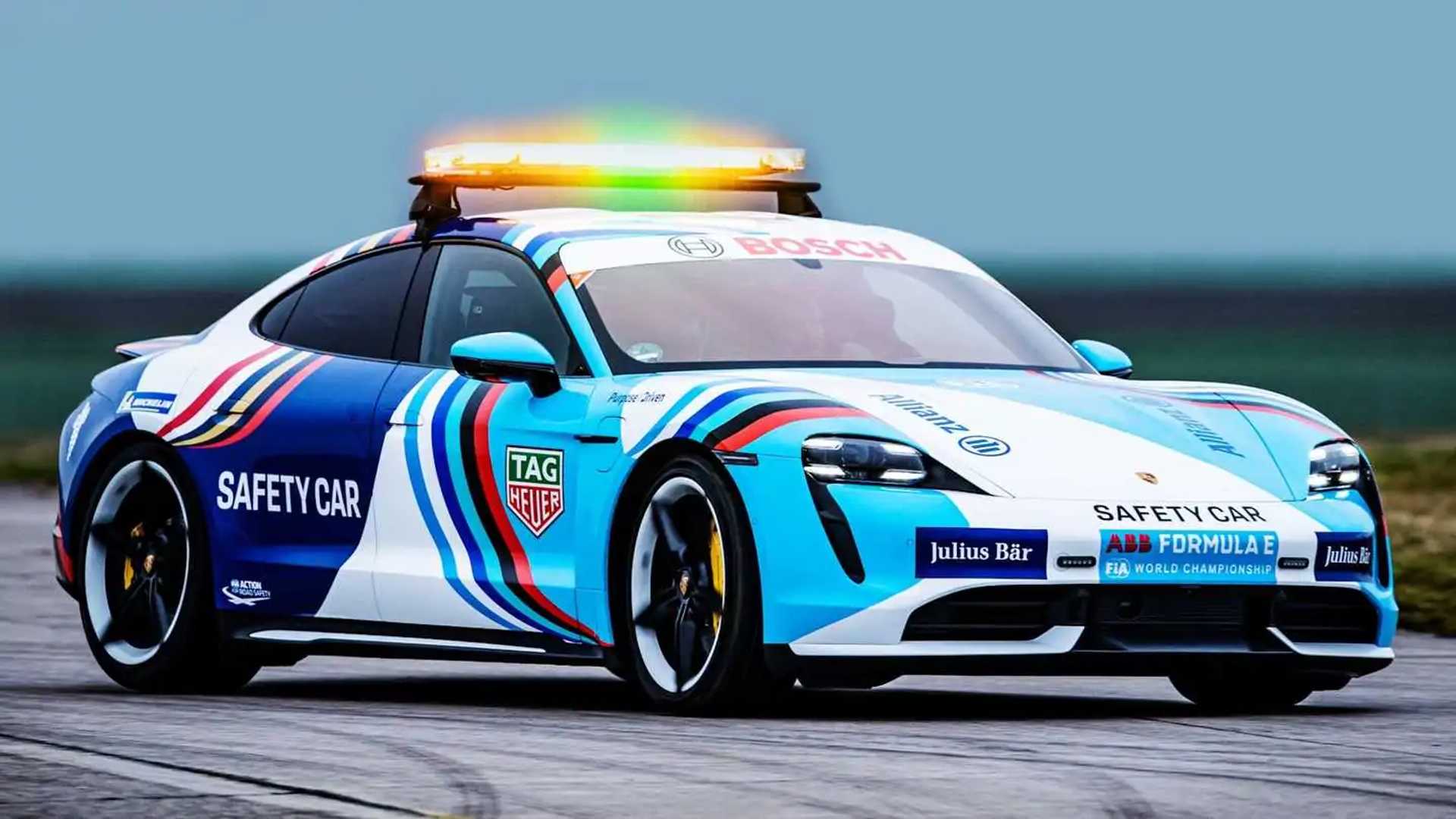 The Porsche Taycan Turbo S is the new Formula E safety car for the 2022 season. It’s a fitting choice, no doubt about it. Not only is the Taycan Turbo S all-electric—just like the racing series—but also breathtakingly fast.

While no performance upgrades were necessary for the Taycan Turbo S, the EV does feature several modifications to meet requirements for the safety car role.

Those include the installation of a roll cage and racing bucket seats with six-point seatbelts, as well as wire harnesses for the safety car lighting and the Marelli Logger System. In addition, the Taycan Turbo S received a fire extinguisher and a high-tech communication system inside the cabin.

On the outside, the new Formula E safety car adopts a striking livery that includes the colors of all 11 teams competing in the series, as well as the colors of the FIA and Formula E.

Porsche’s press release also mentions the number 22 that “acknowledges the performance of the 22 drivers who contest the series this season,” but we haven’t been able to spot this number anywhere on the car.

To round things off, the Porsche Taycan Turbo S gained a safety car light bar on the roof and flashing lights integrated into the bumpers.

The new FIA Formula E safety car will make its debut at the opening round of the Formula E season on 28/29 January in Diriyah, Saudi Arabia, with former Portuguese racing driver Bruno Correia behind the wheel.