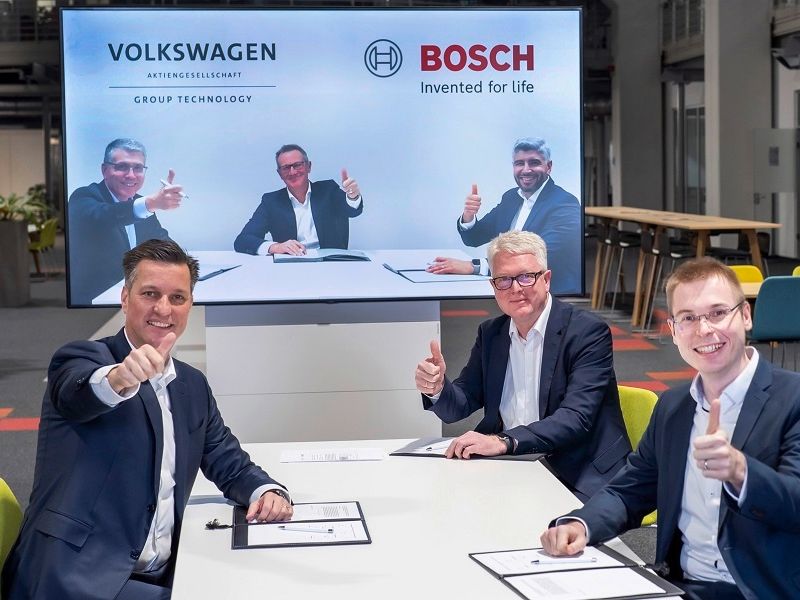 BERLIN — Volkswagen and Robert Bosch plan to set up a joint venture by the end of this year to equip battery cell factories and help make Europe self-sufficient in battery production.

The unit will explore the possibilities of industrial-scale solutions for battery manufacturing in Europe, VW and Bosch said in a statement on Tuesday.

The new venture will deliver battery production systems as well as assisting battery cell manufacturers in scaling up and maintaining their production sites, VW said.

“Europe has a one-time chance to become the global powerhouse for batteries in coming years,” VW’s technology chief, Thomas Schmall, said in the statement.

“We are working to build a complete, localized, European supply chain for ‘made in Europe’ e-mobility,” Schmall said.

VW plans to have six battery cell production plants in Europe by 2030 with a joint capacity of 240 gigawatt hours (GWh), in an attempt to control as much of the supply chain as possible. The plan is key step in VW’s bid to outdo Tesla and become the world’s top seller of electric vehicles.

The first two plants, one in Sweden and one in Germany, are set to begin production in 2023 and 2025. Locations and start dates for the remaining four have not yet be disclosed, though possible locations include Spain and eastern Europe.

The Bosch-VW joint venture would serve battery cell plants across Europe, the statement said, which are multiplying in number amid pressure from the European Union to become less dependent on Asia for battery supply.

The companies did not say how much they would invest in the venture.

VW Group CEO Herbert Diess has said the battery division is expected to generate sales of 20 billion euros ($22.7 billion) by the end of the decade and is being readied for a partial sale.

For Bosch, the move will strengthen its role in the transition towards EVs, which for many suppliers represents an existential threat as building a EV requires fewer steps and less labor than building an internal combustion engine car.

The supplier, the world’s largest, has in the past decided against investing in battery cell production itself, deeming the upfront capital investment too costly.

So far, battery cell plants capable of generating just under 900 GWh of capacity have been announced in Europe, according to data from the European Battery Alliance (EBA) — set to make up about 16 percent of global production by 2029.

But the EBA has said a third of global batteries should be produced in Europe by 2030 to cut dependence on suppliers that dominate the market, mostly from South Korea and China.

The largest planned battery plant in Europe is Tesla’s, located in Berlin next to its electric vehicle factory and set to produce over 100 GWh of capacity at its peak.