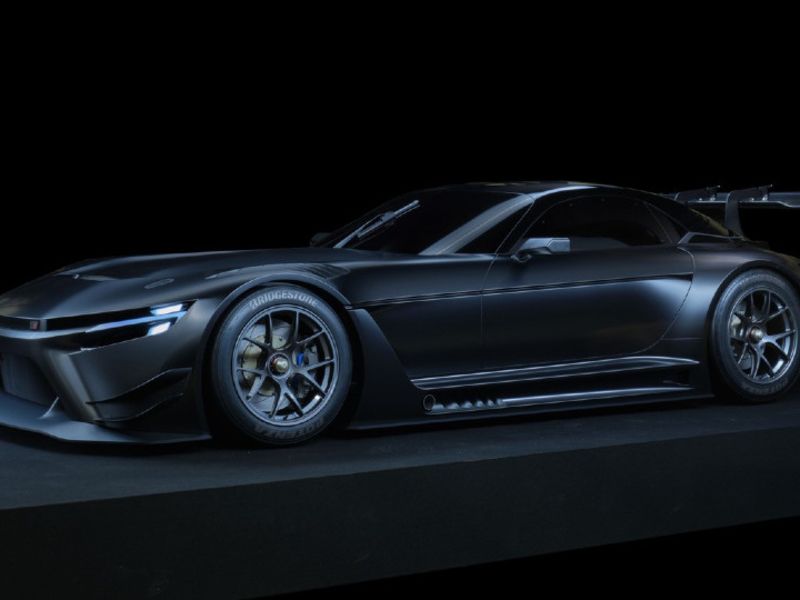 The GR GT3 Concept, perhaps the most intriguing of the bunch, will debut as a running prototype later this year, Gazoo Racing President Koji Sato said. Toyota will enter the car in global GT3 series, meaning that the car would have to be based on a mass production model.

Sato and Toyota President Akio Toyoda unveiled the cars on Friday in an online presentation for the Tokyo Auto Salon, an annual customized car show that remains popular among car fans despite the decline of traditional auto shows.

The executives engaged in casual car talk on a stage set up like racing garage, replete with an assortment of spare parts and oil cans strewn about.

The black GR GT3 Concept, with its long hood, pointed nose and raked rear end, resembles nothing currently in the Toyota or Lexus lineup. But the lines hark back to the fourth-generation A80 Toyota Supra or perhaps channels the silhouette of the Toyota 2000GT or even Lexus LFA.

“The first order was to develop a car that can win races,” Sato said.

Toyota also debuted a “fully-tuned” GRMN version of its Yaris performance hatchback. Tailored to racing specifications, the 268-hp, 1.6-liter three-cylinder GRMN Yaris will start at 7.32 million yen ($64,000) and top out at 8.47 million yen ($74,000) for the fully loaded “Circuit Package.”

Deliveries, in Japan only, are expected to begin this summer, Toyota said.

On the Lexus premium side, Japan’s top auto manufacturer showed off the NX PHEV Offroad Concept, a beefed-up version of the plug-in variant that went on sale in November.

Lexus also floated an ROV Concept, short for Recreational Off highway Vehicle. This two-seat buggy-style off-roader gets a hydrogen-burning 1.0-liter, three-cylinder engine with selectable four-wheel drive. It is the first Lexus to be equipped with the technology, as Toyota Motor Corp. pitches hydrogen combustion as an alternative path toward zero emissions goals.

Both Lexus vehicles were displayed in an “iron oxide” body color reflecting the sophisticated copper hues that are currently all-the-rage in some design quarters.

“All you at Nissan, we will never lose to your Z!” Toyoda said with a chuckle. “Are you listening!?”