Mad Max is a pretty cool movie franchise and unsurprisingly it has a large following all around the world. Some of the hardcore fans are gathering in “tribes”, organizing meetups where they show up with cars and gear inspired by the post-apocalyptic atmosphere of the movies. Morning Raven is one of them that took things further by creating what he calls “Ansley the HellBilly Honda”.

The vehicle that was recently spotted in Coeur d’Alene, Idaho, is a Honda Accord sitting on the top of a Chevrolet Suburban with various extra parts welded all around. A quick search on the web led us to the owner of this vehicle who made a video detailing his creation.

Read Also: Some Of Mad Max Fury Road’s Insane Movie Cars Are Being Auctioned Off 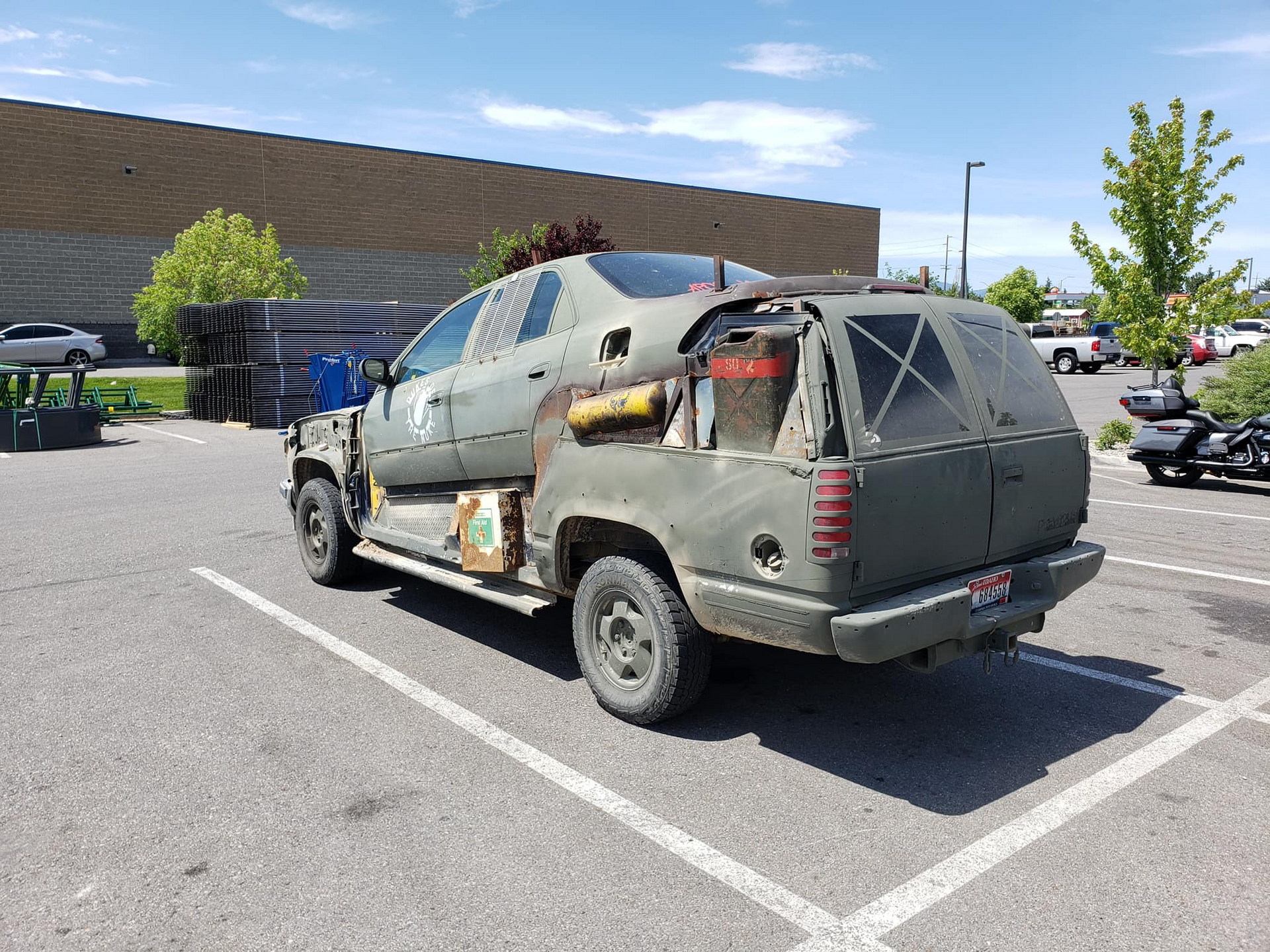 The build started with a humble sixth-generation Honda Accord that Morning Raven bought as a reliable vehicle for road trips. He quickly started modifying it to match his Mad Max aesthetics, with a rusty hood, a front and rear bumper delete, a custom roof rack, and other accessories like a deer scalp mounted on the front. After attending a couple of Wasteland Weekend events – which is like Mad Max but in real life – Raven decided to step up his game.

He bought an eighth-generation Chevrolet Suburban, cut the roof off, and then welded the body of his Accord on top of it with an incline. Then he welded several gas tanks, first-aid kits, signs, and rusty pieces of metal on the body, helping connect the two vehicles into one. The lack of body panels at the front and the mismatching headlights are true to the “wasteland” concept, while the military-style wrap and the “Dukes of the Nuke” stickers are representing his “tribe”. 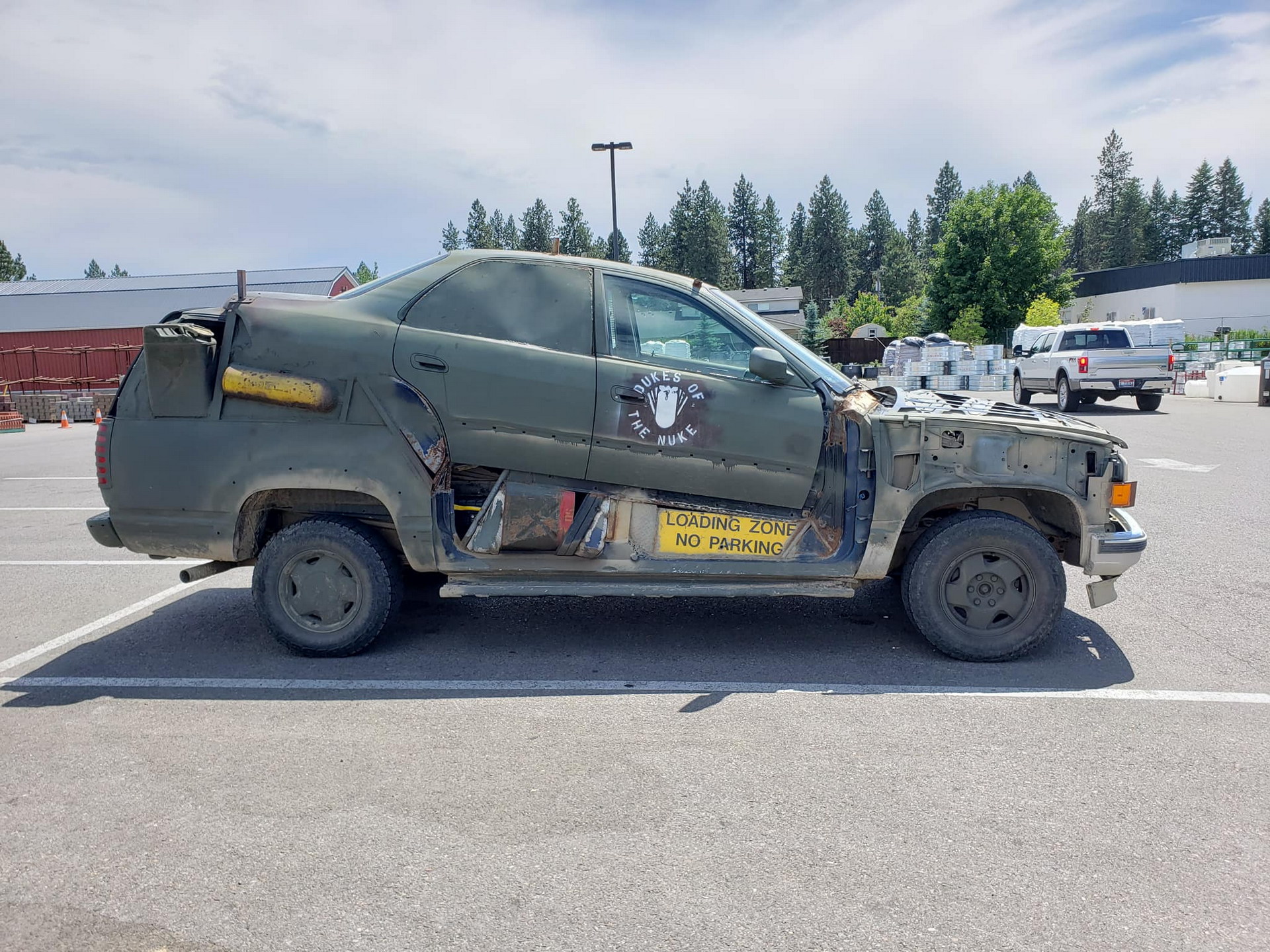 Surprisingly, the monster vehicle remains street-legal and has Idaho registration plates. In fact, the owner still uses it as a daily, attracting a lot of attention wherever he goes. We don’t know the specifics on the powertrain, but the underpinnings supposedly come from the Suburban GMT400. This means that the mashup is likely fitted with a 5.7-liter V8 sending power to all four wheels through a four-speed automatic gearbox.

Below, you can watch the original video from 2021 where Morning Raven explains the logic behind his car, including shots of the interior. Back then he stated that the build was nearly 30 percent complete. From the recent pictures, we can see that he has progressed a lot in a few months’ time, since the “Ansley the HellBilly Honda” is looking a lot different, almost ready to hit the set for the new Mad Max film.

We would like to thank Matthew R Lemieux for the pictures