A number of dealerships across the United States are looking to off-load Touareg models that have been sitting on lots since the dieselgate scandal.

Volkswagen stopped selling diesel vehicles in the U.S. after 2016 but as recently discovered by Edmunds, a number of 2016 model year Touaregs that have never found a buyer have now been listed up for sale. Most are being offered with price tags ranging from $60,000 through to $70,000.

A look at listings across the U.S. reveals that the most expensive 2016 Touareg on the market is a Lux variant. When new, this model had a price tag of around $55,000 but the Paramount Volkswagen of Hickory dealership has listed the SUV for $73,900 – which is actually a price reduction from the original asking price of $74,900. The listing notes the SUV has 507 miles under its belt.

Read Also: Once Upon A Time, VW Offered A V10 Diesel Powered Touareg 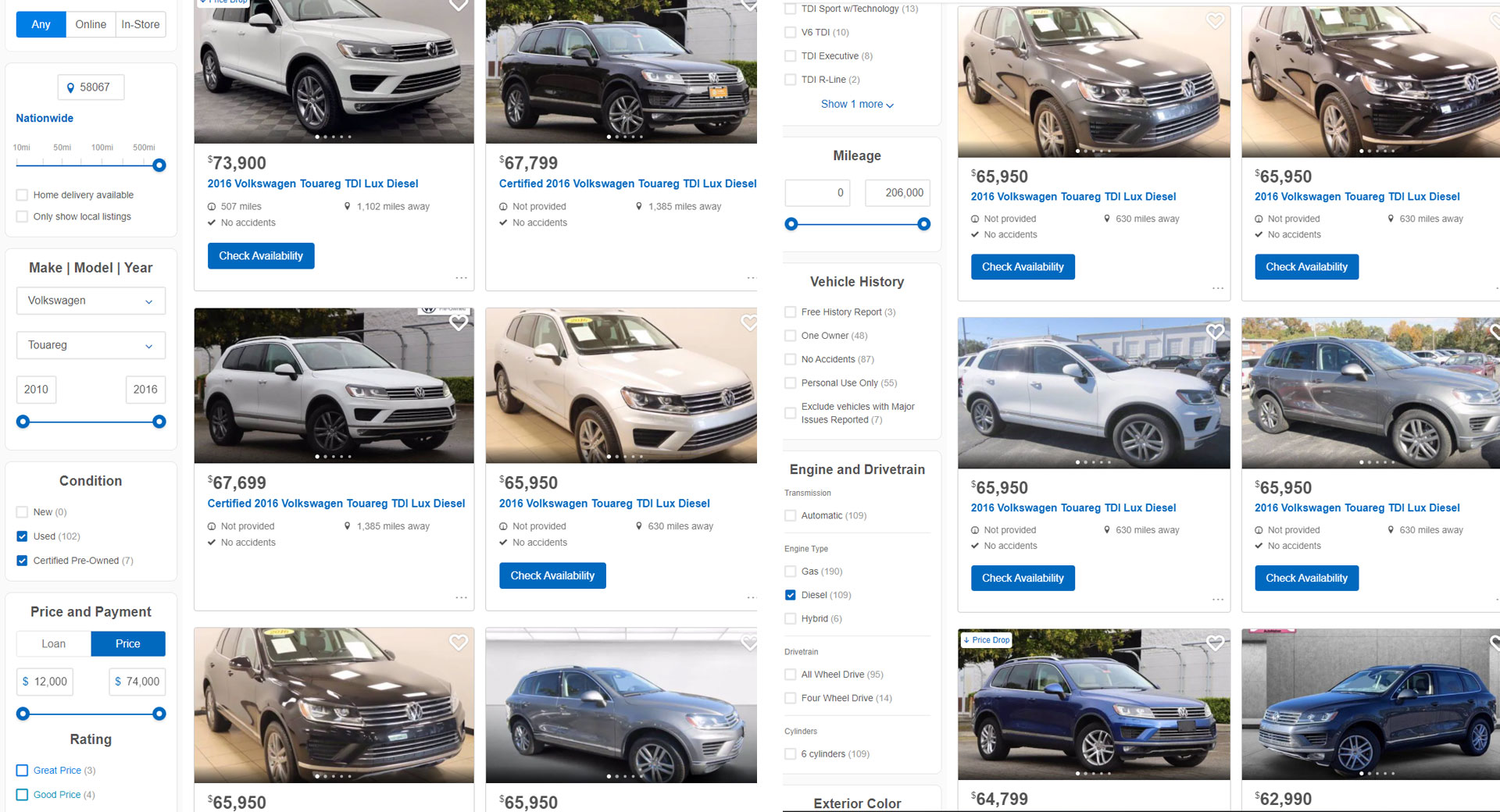 While browsing through the classifieds, we found a host of other 2016 Touareg TDI Lux models selling for between $65,000 and $70,000. Most have been driven just a few hundred miles but not even that justifies the sky-high price tags.

There are a handful that are more reasonably priced but most have a decent amount of miles on their odo. For example, there are some priced around the $45,000 mark, with one TDI Executive variant listed for $45,771, roughly $20,000 less than its original MSRP, although it has been driven almost 52,000 miles (~84,000 km).

We all know that used car prices have gone through the roof over the past 18 months, but is it really worth spending these kind of money on an old diesel Touareg?