The Oregon Department of Motor Vehicles has released the list of vanity plates it denied to Oregonians in 2021. The list is surprisingly long and shows just how excited people were to drive around with dirty words on their cars.

While it’s obvious why some of these plates were denied, I genuinely struggle to understand why others, like “WE WINE”, aren’t allowed. But far be it from me to question the hardworking people of the ODMV, who clearly had their work cut out for them and did provide reasoning for each of their denials.

Since they aren’t organized by type, though, we’ve collected a few examples of each below.

The name speaks for itself, but it includes “FVCK,” “B00BIS,” and the particularly enterprising person who was denied “HENT4I” and tried again with “HENT41.” I respect your tenacity – even if it’s weird.

I feel weird about this one because I don’t really understand why someone should be denied the license plate “M3RL0T” when it’s not illegal. I get that drunk driving is bad, but you wouldn’t deny someone the license plate “SMRTPHN” even though it’s bad to use that while you’re driving. At any rate, all of the classics are represented here from “WHSKY” to “4C00RS,” to “LAGER.” Won’t someone think of the microbrewers and vintners?

There are also a number of license plates referring to weed, like “T0 HIGH,” “BLAYZN,” and “T0ASTD”.

Give a population the place to write something and just as surely as bears poop in the woods, they’ll write about butts. From the referential “AZZ-MAN,” to the embarrassing “SHART,” to the PG13 “D00DIE,” Oregonians have a thing about it – but they’re no longer allowed to have it written in their license plates.

Your World View Is Bad

The less about these plates the better. Not surprising, but still disappointing. A car with Nazi references on it? Sad to see that some people think that way – and good to know that they won’t be able to display their hatred in that manner anymore.

And finally, there are the plates that I simply do not understand. Maybe I’m old or maybe I’m out of touch, either way, I guess I wouldn’t be a very good DMV employee. I sincerely hope none of these are offensive, but I can’t parse “B52 PRN.” I guess I understand the second half, but I really don’t understand the whole thought. 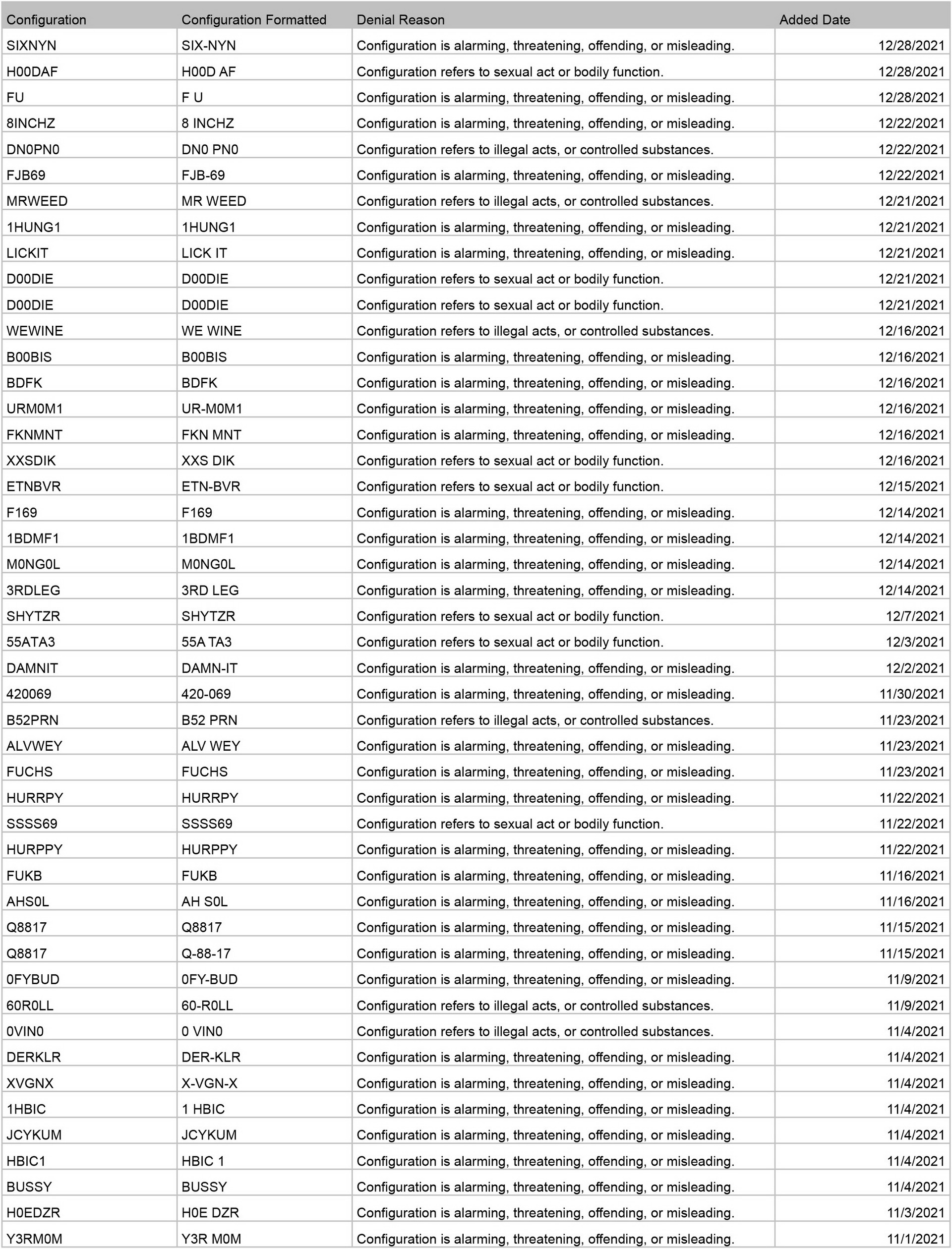 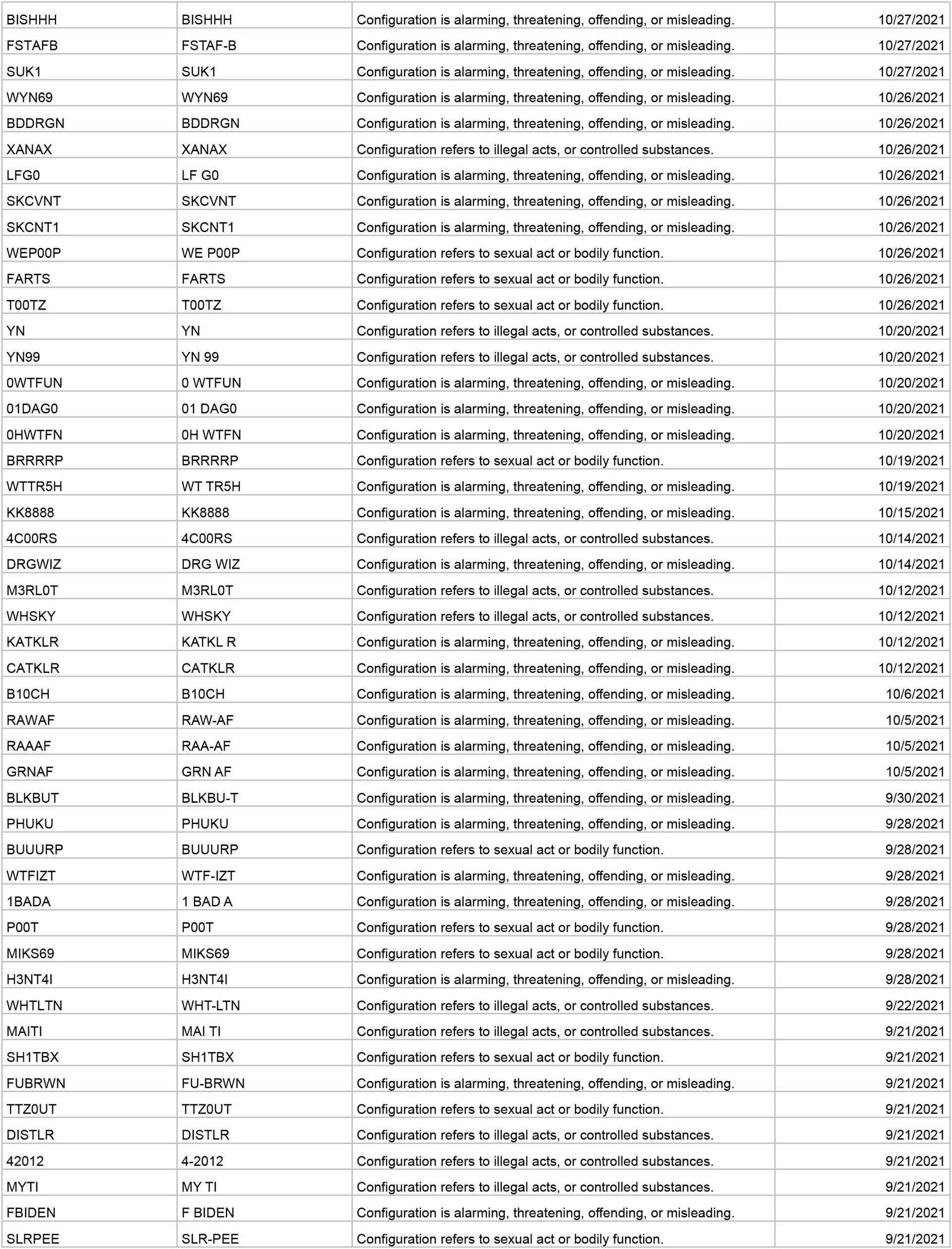 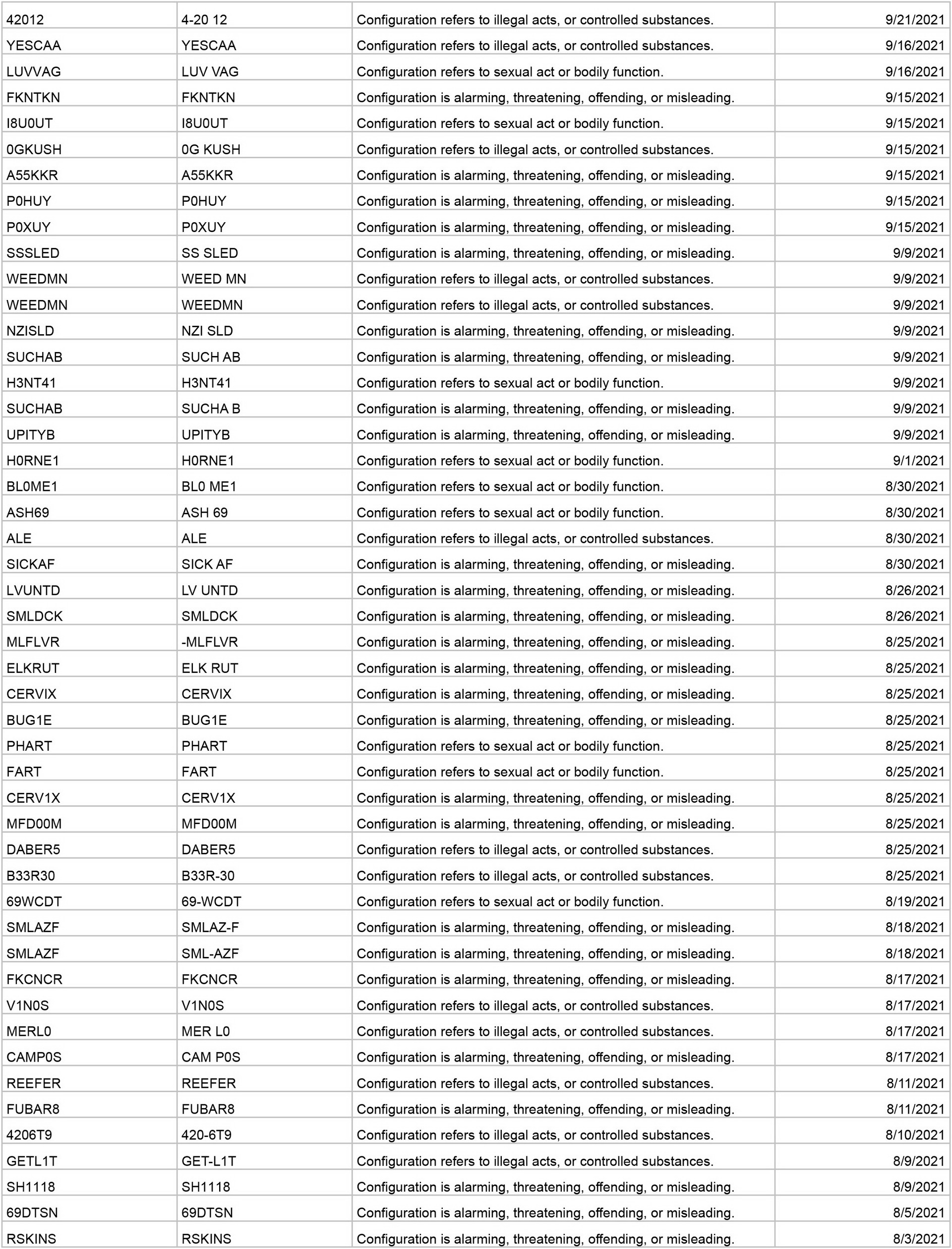 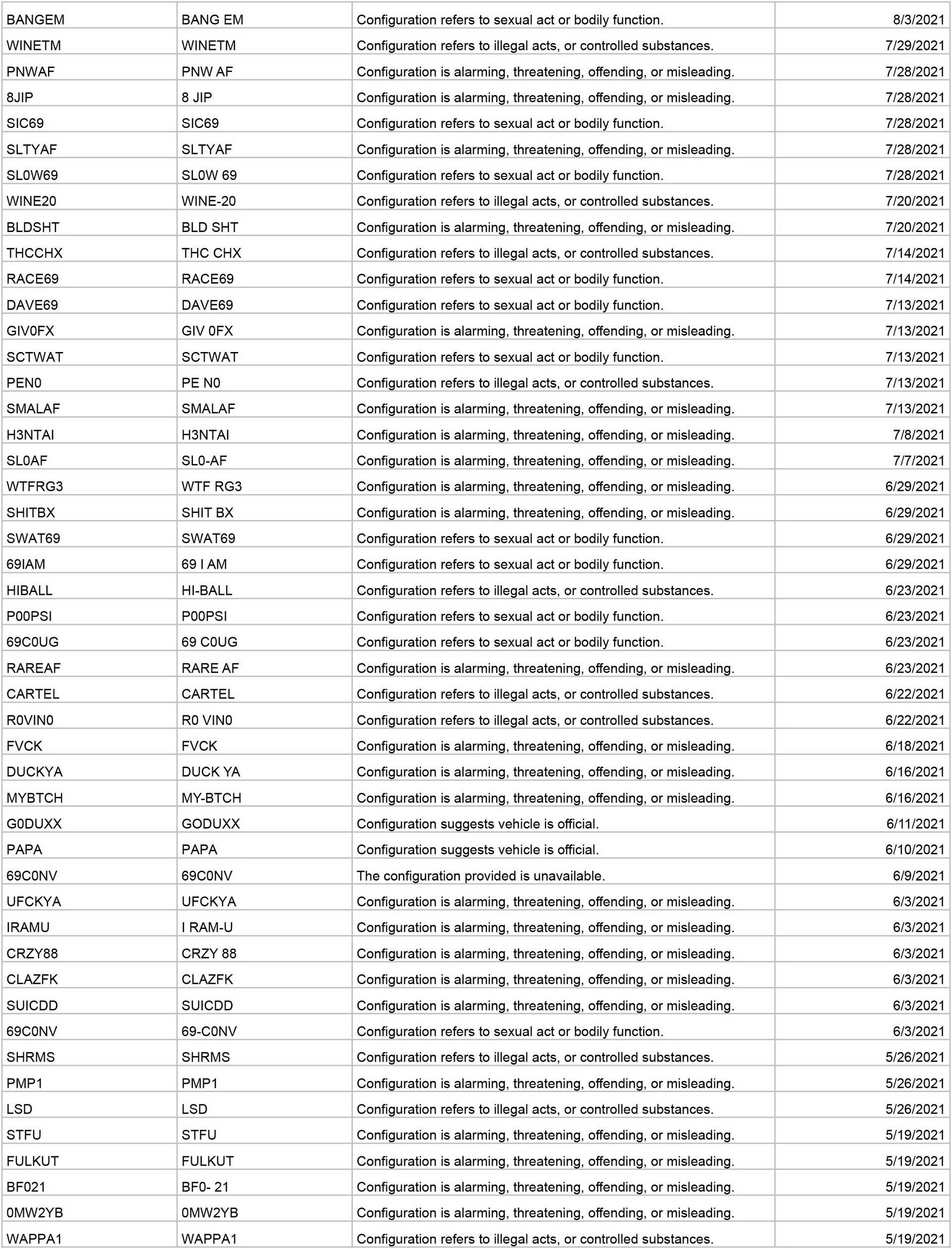 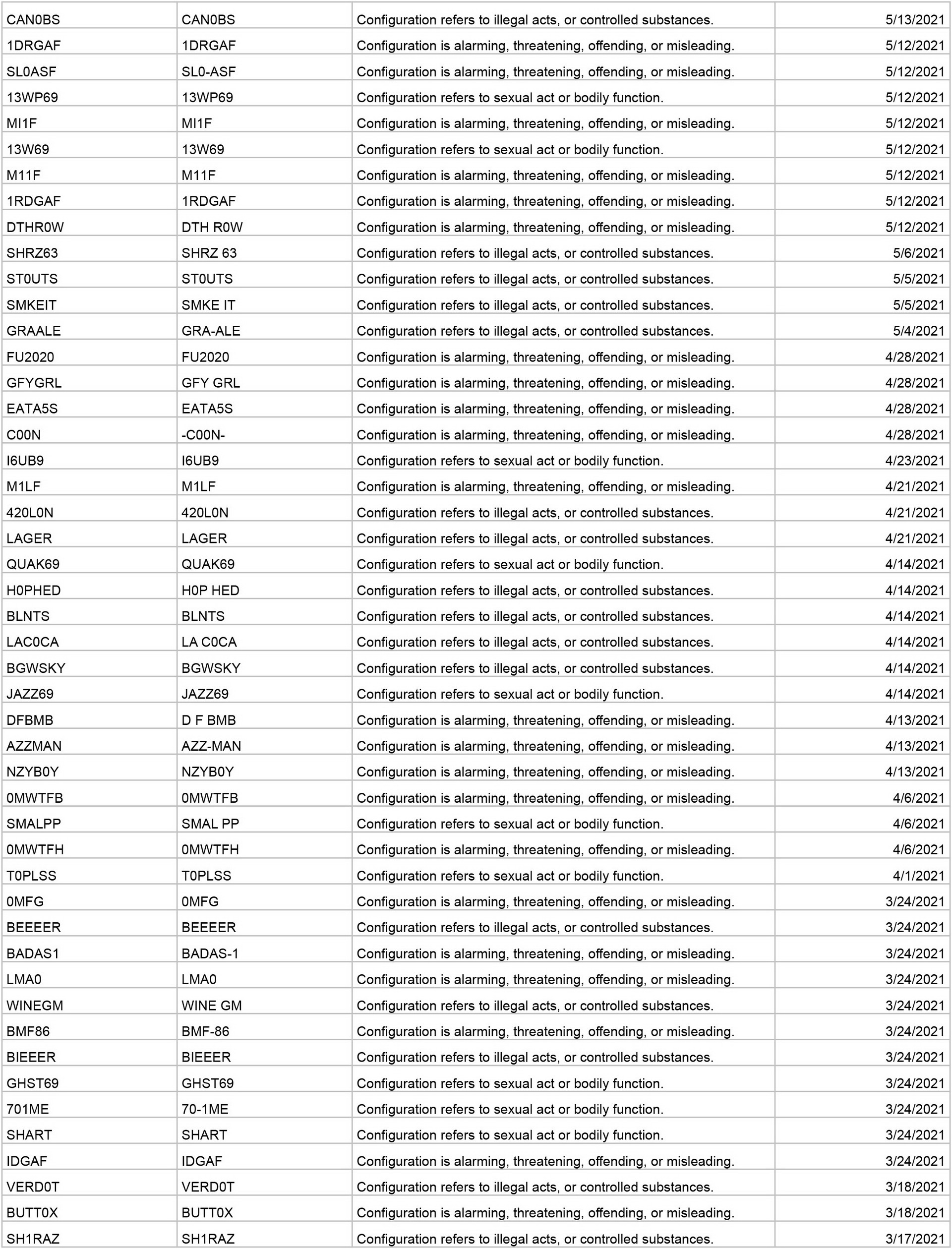 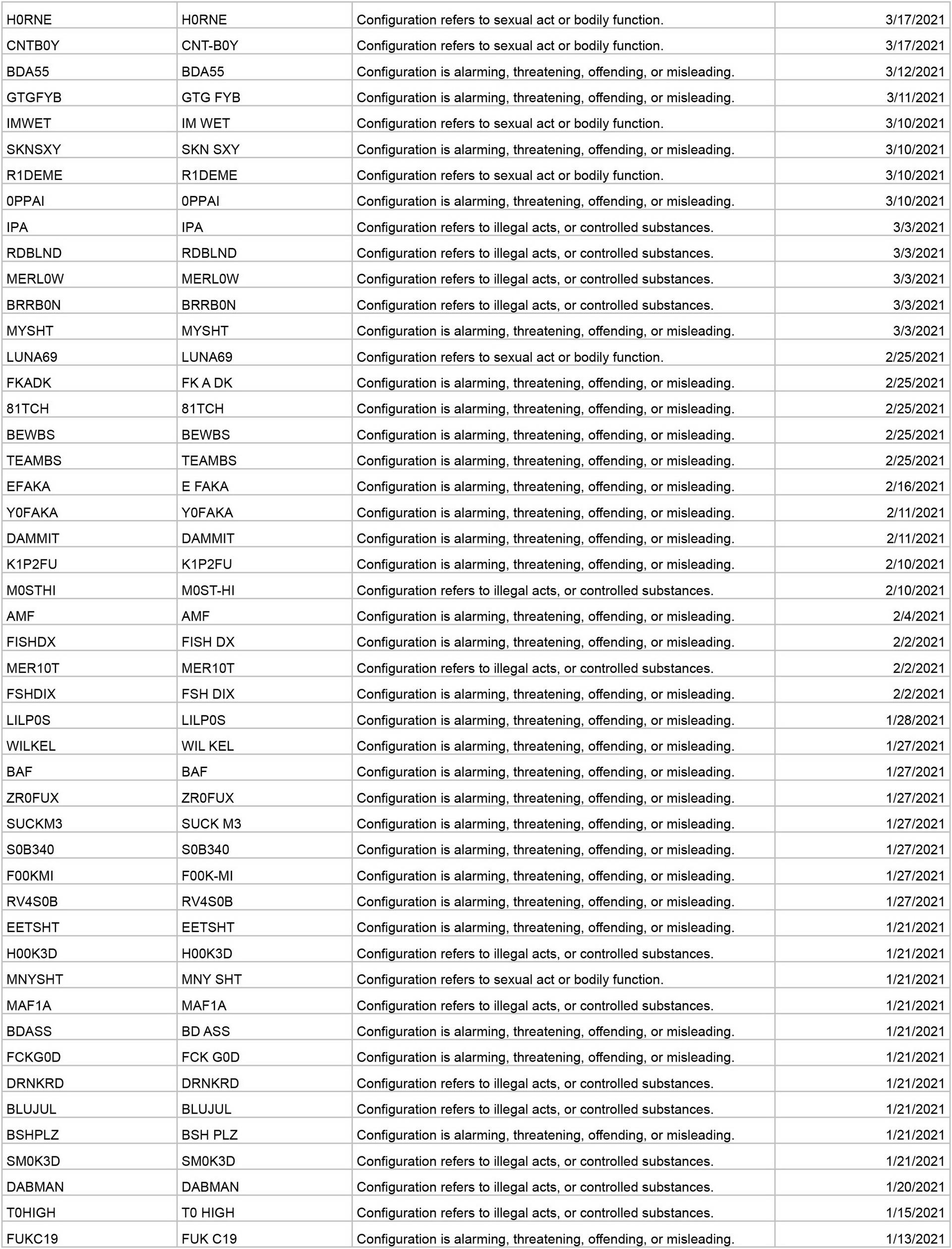