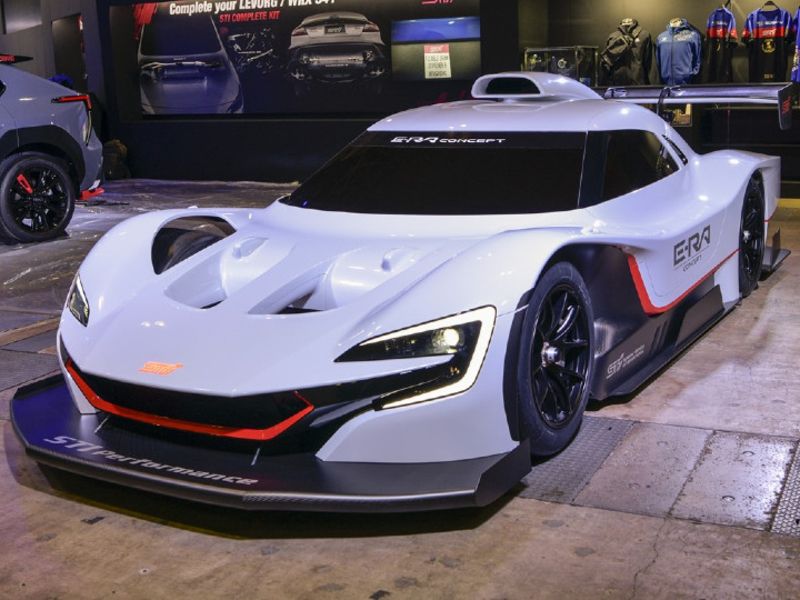 TOKYO — Subaru will attempt a record run at the Nürburgring with a new 1,000-hp four-motor electric race car that presages the all-wheel drive specialist’s dive into zero emissions.

The automaker unveiled the STI E-RA Concept on Friday at the Tokyo Auto Salon customized car show. Subaru said it developed the STI E-RA “with the aim of gathering experience with new technologies in the world of motorsports for the carbon-neutral era.”

Subaru Tecnica International, the company’s motorsports division, will test the car at circuits in Japan this year and try to set a new lap record on Germany’s famed Nürburging from 2023.

In Subaru’s sights is a winning time under 6 minutes 40 seconds.

The designation E-RA is short for “electric record attempt.”

Subaru’s new focus on a battery-powered performance comes as the company readies the midyear launch of its first mass-market electric vehicle, the Solterra crossover.

The STI E-RA will pack maximum output of 800 kilowatts, or around 1,073 hp, and sport a proprietary four-motor, four-wheel torque vectoring system. The high-torque, high-revolution motor, integrated with an inverter and gear, was developed and supplied by Yamaha Motor Co.

The Solterra gets the brand’s trademark X-Mode awd control system and a Grip Control function to improve stability on rough roads. The powertrain further adopts a new system that drives the front and rear wheels with separate motors. The Solterra will come in two layouts: front-wheel drive and awd, with both variants getting a 71.4-kilowatt-hour lithium ion battery.

Subaru is a latecomer in the age of electrification. Its hybrid vehicles register mostly modest sales. But Subaru plans to derive 40 percent of its global sales from electrified vehicles by 2030.

The Toyota Auto Salon media day is on Friday; it opens to the public Jan. 15-16.