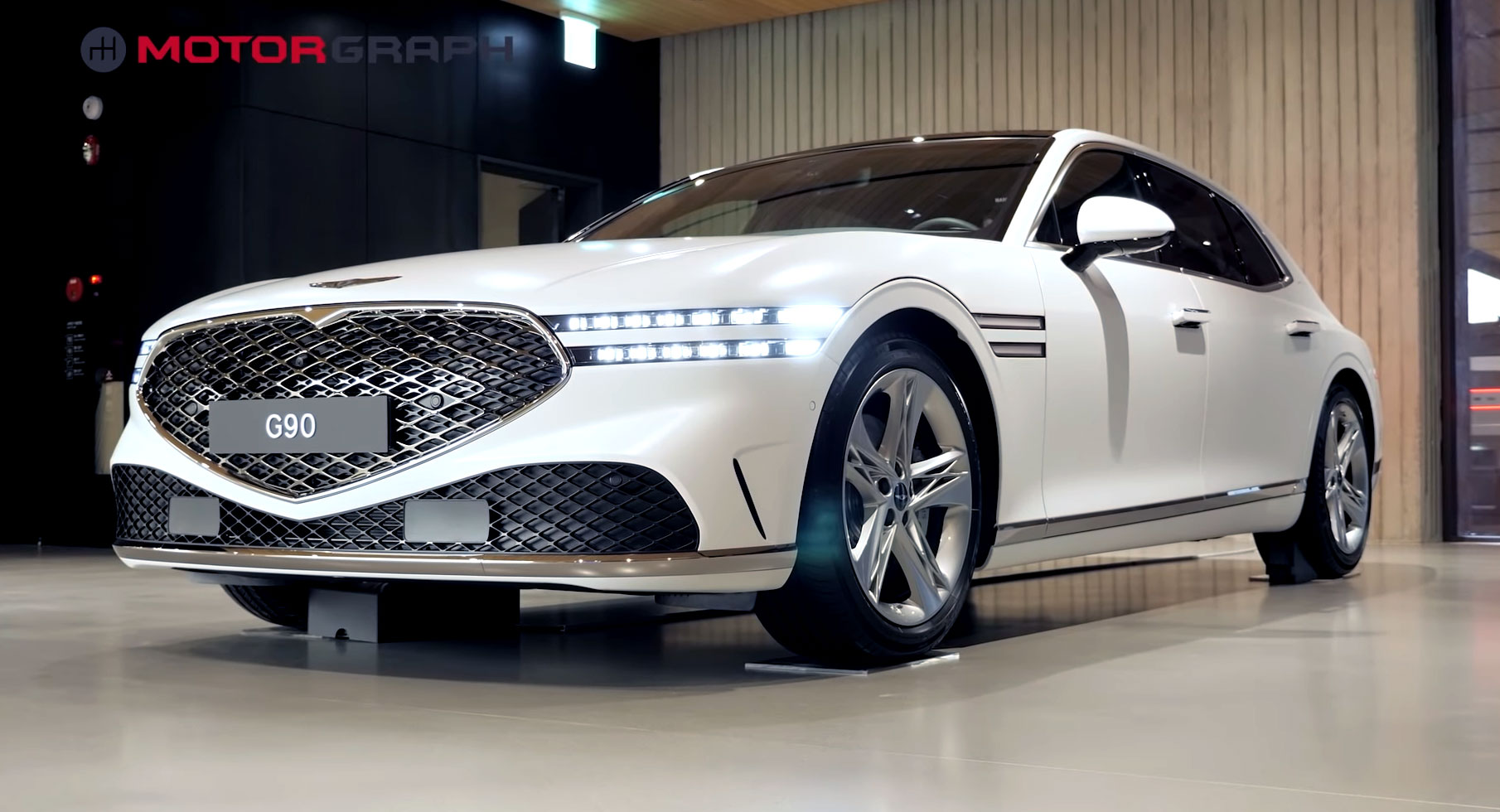 Years ago when Hyundai released the Genesis sedan it signaled a shift for the brand. It was by far the most luxurious product they’d ever created and ultimately spawned a spin-off brand. Now, Genesis, the brand, has a number of SUVs and sedans and for 2023 it’s getting an all-new flagship, the G90. Now, we’re getting a deep dive from some folks who have had the chance to see the Korean market car.

Genesis knows that it’s got a long road ahead of it to become the next Lexus. That’s one reason that the new sedan is packed to the brim with technology and comfort. Let’s take a moment and break down the technology first. Genesis already ships its products with a great slew of advanced safety features but the new G90 goes further.

There are five different screens in the car including the driver information display, the main infotainment display, an individual infotainment screen for each rear passenger, and a central control screen for the back seat passengers as well. Next to that central screen is a UV mobile device cleaner and a wireless charge pad. Just like many other modern luxury cars, the rear passengers can set the navigation destination for the driver among other things.

Comfort is a big highlight for the 2023 G90 as well. For example, the rear passenger seat can go into “Max Comfort” mode which fully reclines the back seat and lowers the front passenger seat before extending a footrest from that front seat. Power-adjustable sunshades are fitted throughout the back of the car. Front seat passengers aren’t left in a lurch though. The driver’s seat is 22-way adjustable and both doors automatically close and latch at the push of a button.

See: How Does The 2023 Genesis G90 Compare With Its Predecessors?

Under the hood is a twin-turbo V6 that makes 375 hp and sends that power to a rear-biased all-wheel-drive system through an eight-speed dual-clutch transmission. All-wheel-steering is available too, so despite being a long car, the G90 can make tight turns. Air suspension is also available to add even more comfort. Overall, it seems like a potent package – and one we’d like to sample in person when the North American version makes its debut later this year.