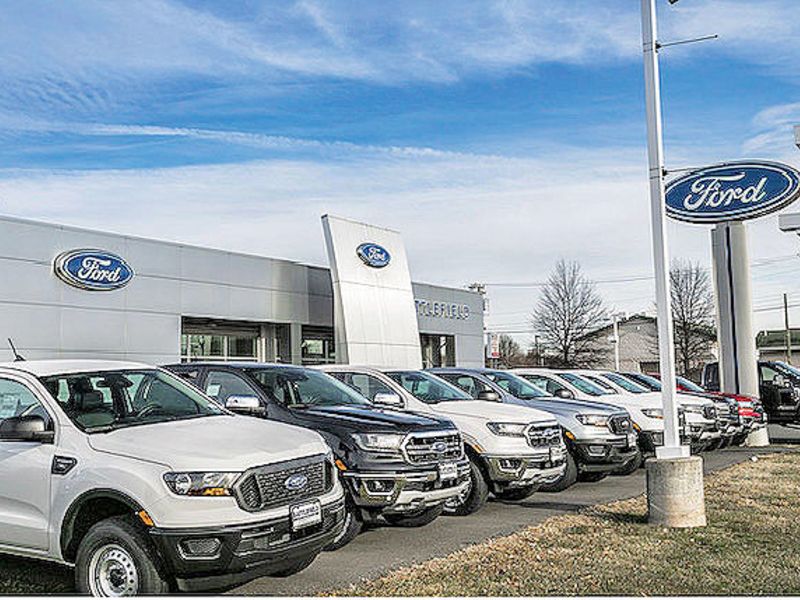 A partnership between publicly traded conglomerate Graham Holdings Co. and Chris Ourisman of Ourisman Automotive Group has expanded to four dealerships since early 2019, and the executives behind the pairing aim to continue the growth.

“It’s just such a high-performing dealership that there was certainly appeal for us because of the size of it,” Ourisman said. “It just felt like a great tuck-in for what we are building out in the Washington, D.C., metro market.”

Ourisman told Automotive News that the dealership included a “great team already in place, a team that’s got really great results that we think that we can add to, [and] a team that’s driven by integrity and values.”

Graham, which has other businesses ranging from TV stations and restaurants to education company Kaplan Inc. and a health care group, declined to disclose the Ford dealership purchase price. But it said it holds a 90 percent ownership stake in the dealership and the three others it owns with Ourisman.

Graham Ourisman Automotive started when Graham and Chris Ourisman teamed up in early 2019 to buy a Lexus store in Rockville, Md., and a Honda store in Tysons Corner, Va., from Sonic Automotive Inc. In late 2019, the partners added an open-point standalone Jeep dealership, Ourisman Jeep in Bethesda in Maryland.

The partnership didn’t find many acquisition opportunities in 2021 that were right, Ourisman said. But he said he expects that as they continue to evaluate stores to buy this year, “there’s going to be more and more that align” with Graham Ourisman Automotive’s growth strategy.

“We’re still looking at all opportunities that make sense for us, and that’s in metro D.C., but it’s also in other geographies across the country,” Ourisman said, adding that the partnership is looking at the top 50 major metro markets across the U.S.

No stores are currently under contract, he said. The partnership aims to compete for open points — new store locations awarded by automakers — but it hasn’t been awarded anything new, he said.

Ourisman said there’s “no ceiling” and “no floor” to Graham Ourisman Automotive’s store count. The partnership has considered buying several groups, ranging from those with two stores to 16 stores, he said.

The partnership “was created with the concept of building something really big,” Ourisman said. “It was not made to build something that sort of feels comfortable and just fits in nicely with the status quo.”

Graham Executive Vice President Jake Maas said that the company considers its auto business to be “a growth platform.”

“If we find attractive acquisition targets that meet our criteria that we can acquire for a fair price, we’d certainly be interested in adding more dealerships to our operations,” Maas said.

Graham has reported an uptick in revenue and income from the dealerships, disclosing that automotive operating income was $4.5 million for the third quarter and $8.8 million for the first nine months of 2021. Third-quarter automotive revenue rose 10 percent to $84.7 million, while revenue for the first nine months of 2021 jumped 33 percent to $242.7 million.

Revenue rose because of sales growth at the then three dealerships and higher prices for vehicles amid high consumer demand and inventory shortages, Graham said.

In addition to the December acquisition, Graham Ourisman Automotive in 2021 invested in its CarCare to Go platform, a vehicle maintenance and repair pickup and delivery service.
Graham Ourisman Automotive last year also acquired the real estate for its Honda dealership in Tysons Corner from Capital Automotive. The Washington Business Journal said the $27 million deal closed in September.

Maas said the lease term was expiring and the partnership had an opportunity to buy the land. Whether to buy or lease dealership real estate will be considered on a case-by-case basis, he said.

“For that particular dealership, the right thing to do was to own that property,” he said.

The purchase of Battlefield Ford required assuming multiple leases and originating two new leases covering about a half-dozen parcels on 11 acres, making it a more complex deal, said James Mitchell of Cushman & Wakefield’s Dealership Capital Services division. He and the firm’s Erin Rice represented the store’s seller, who he described as being at retirement age.

Mitchell said they needed a buyer who “wasn’t afraid of a very complicated real estate structure with multiple leases.”

Cushman & Wakefield, which represented Sonic in its 2019 sale to the partnership, contacted Ourisman about Battlefield Ford in late summer or early fall. The deal went under contract by the end of October, and seller Fay wanted it closed by year-end for tax purposes, a feat that was accomplished, Mitchell said.

Mitchell said his firm is in the process of taking dealership platforms generating $600 million or more in annual revenue to market and will share those opportunities with Graham Ourisman Automotive.

“Their plans are to have a significant presence, certainly in the mid-Atlantic and then long term in the East Coast,” Mitchell said.

Graham views its tie-up with Ourisman as successful, Maas said.

The parties came together “with a long-term orientation and a belief that together we can build a strong automotive business,” he said, “and we still very much have that perspective today.”