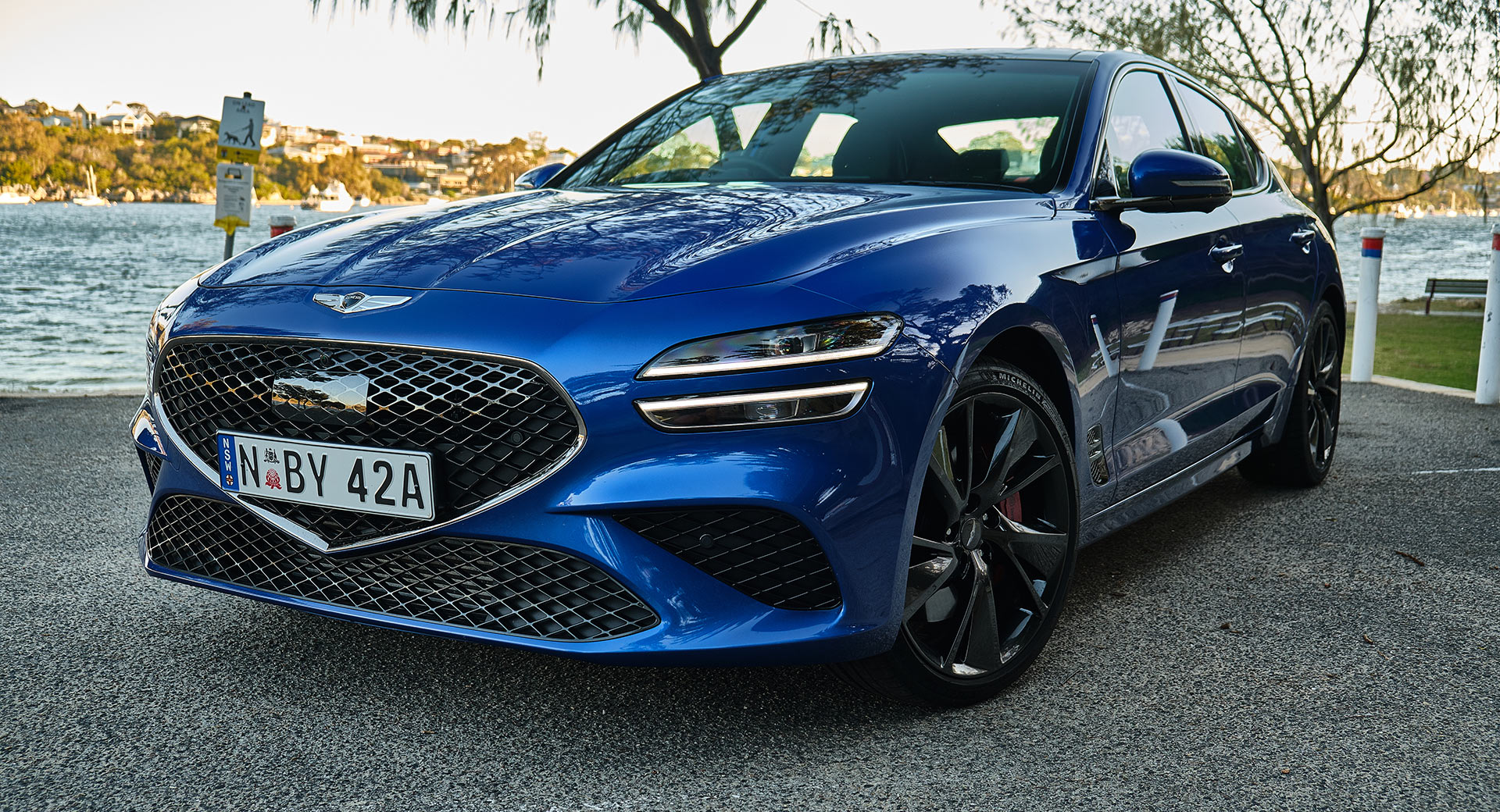 The Genesis G70 was a revelation for the automaker and proved that it could compete with the German establishment. Last year, it received a mid-life facelift and should be considered by anyone looking to pick up the keys to a luxurious sports sedan.

Production of the G70 started in September 2017 and it was built for three years before the updated model came along. We, like most others, were won over by the G70 in both 2.0-liter and 3.3-liter guise and the updated model is now more appealing than ever. 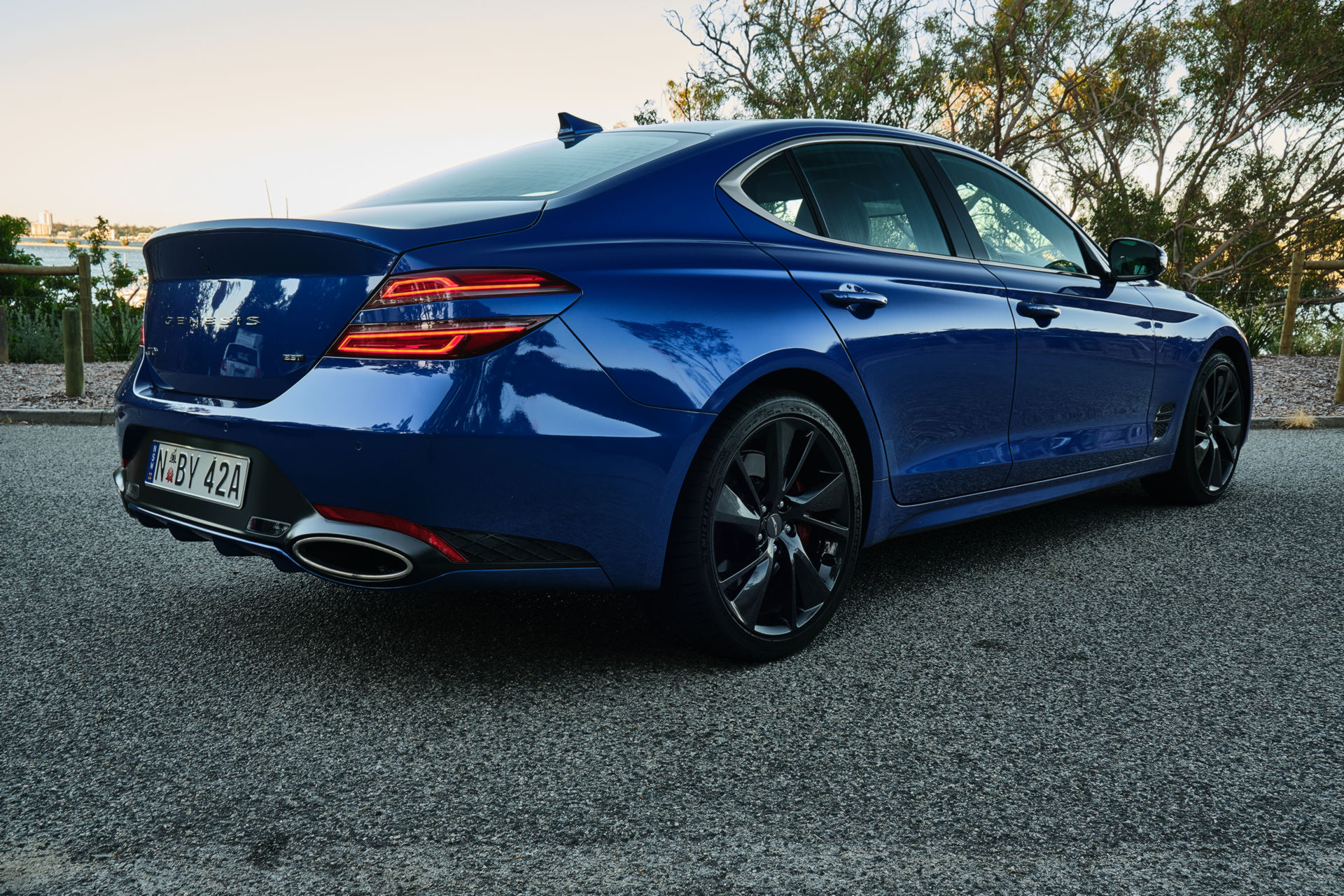 In refreshing the G70, Genesis’ designers adopted the ‘Two Lines’ approach currently found across all of its models. As such, the sedan now sports split headlights and split taillights, a redesigned grille and an enlarged lip spoiler incorporated into the trunk lid.

Fewer alterations have been made to the cabin. In fact, when stepping into the facelifted G70 for the first time, it takes a keen eye to notice any changes. The most significant upgrade is the installation of an enlarged 10.25-inch infotainment screen that uses the latest Genesis software and offers Apple CarPlay and Android Auto connectivity. Entry-level models sold in Australia also come standard with a new 8.0-inch digital instrument cluster while variants optioned with the AU$10,000 (~$7,240) Luxury Package receive a larger 12.3-inch 3D digital instrument cluster. 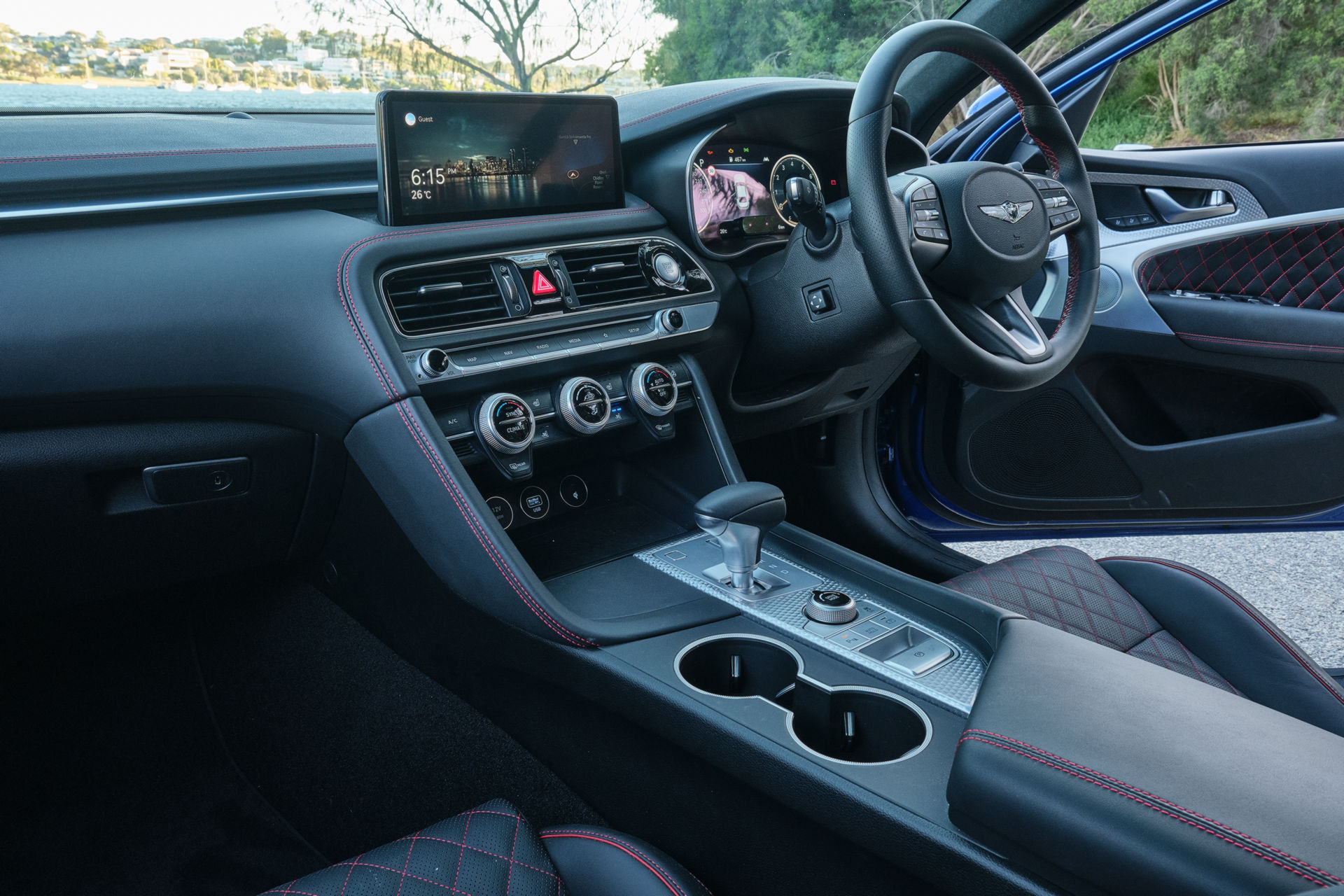 Our test car was the flagship Genesis G70 3.3T with the Luxury & Sport Line package. As such, the new infotainment screen and gauge cluster were joined by a Head-Up display, 16-way power-adjustable driver’s seat, Nappa leather upholstery, a heated steering wheel and rear seats, and an excellent 15-speaker Lexicon premium sound system.

The cabin of the G70 has always been a joy to spend time in and it is no different with the facelifted model. The driver’s seat can be positioned very low, making it perfect for tall drivers, and the addition of a digital instrument cluster is very welcome. All of the key touchpoints are nice and soft and it’s great to see Genesis sticking with physical buttons and dials for the HVAC.

Nevertheless, we had the opportunity to drive the facelifted G70 just a couple of weeks after sampling the GV70. As nice as the cabin of the G70 is, it lacks the wow factor of the GV70’s interior and isn’t finished to the same standard. For example, shortcut buttons for the infotainment screen used by the G70 are simple black plastic while in the GV70 they are metal switches. 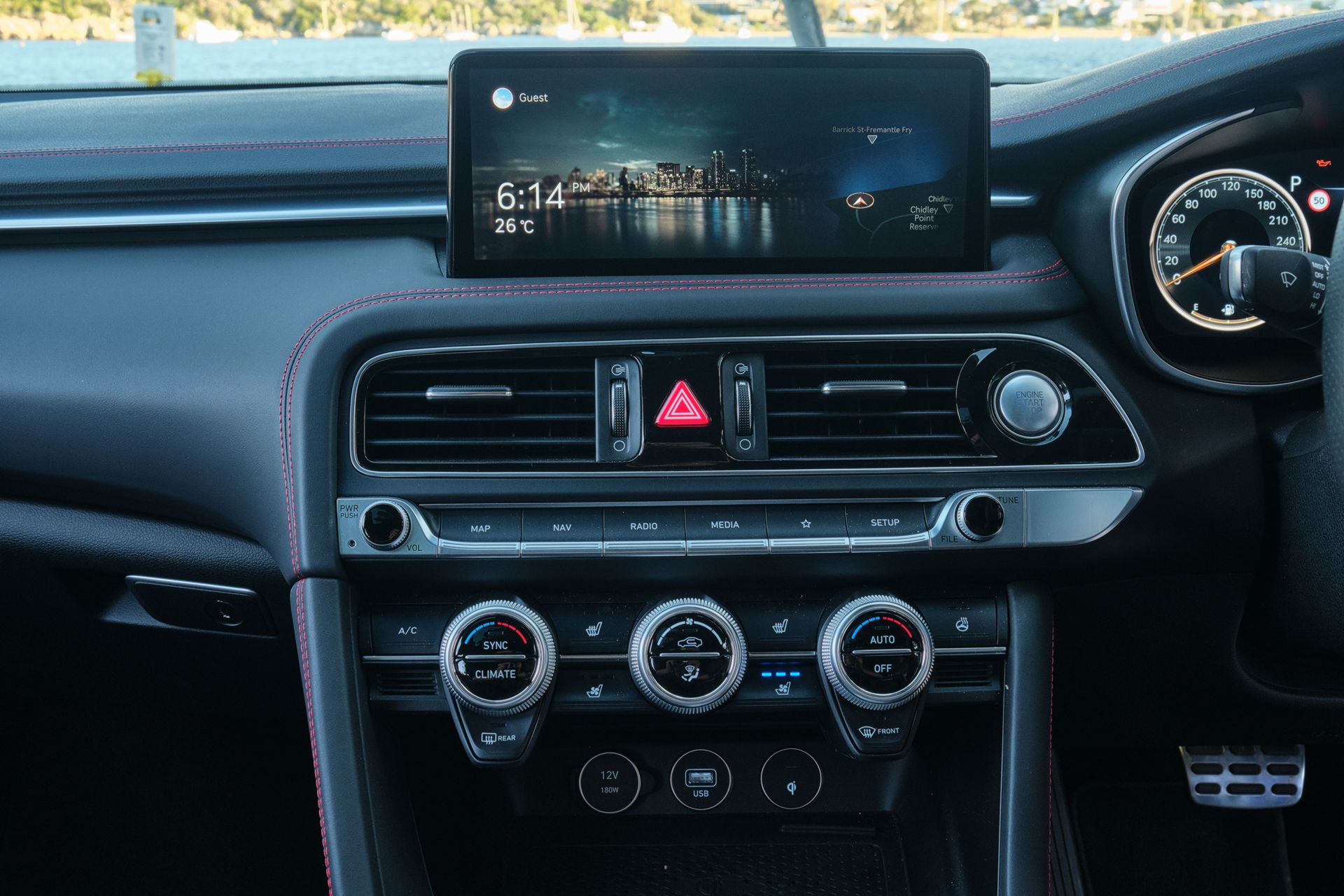 What else is new?

Few mechanical changes have been made to the updated G70, although that’s no bad thing. 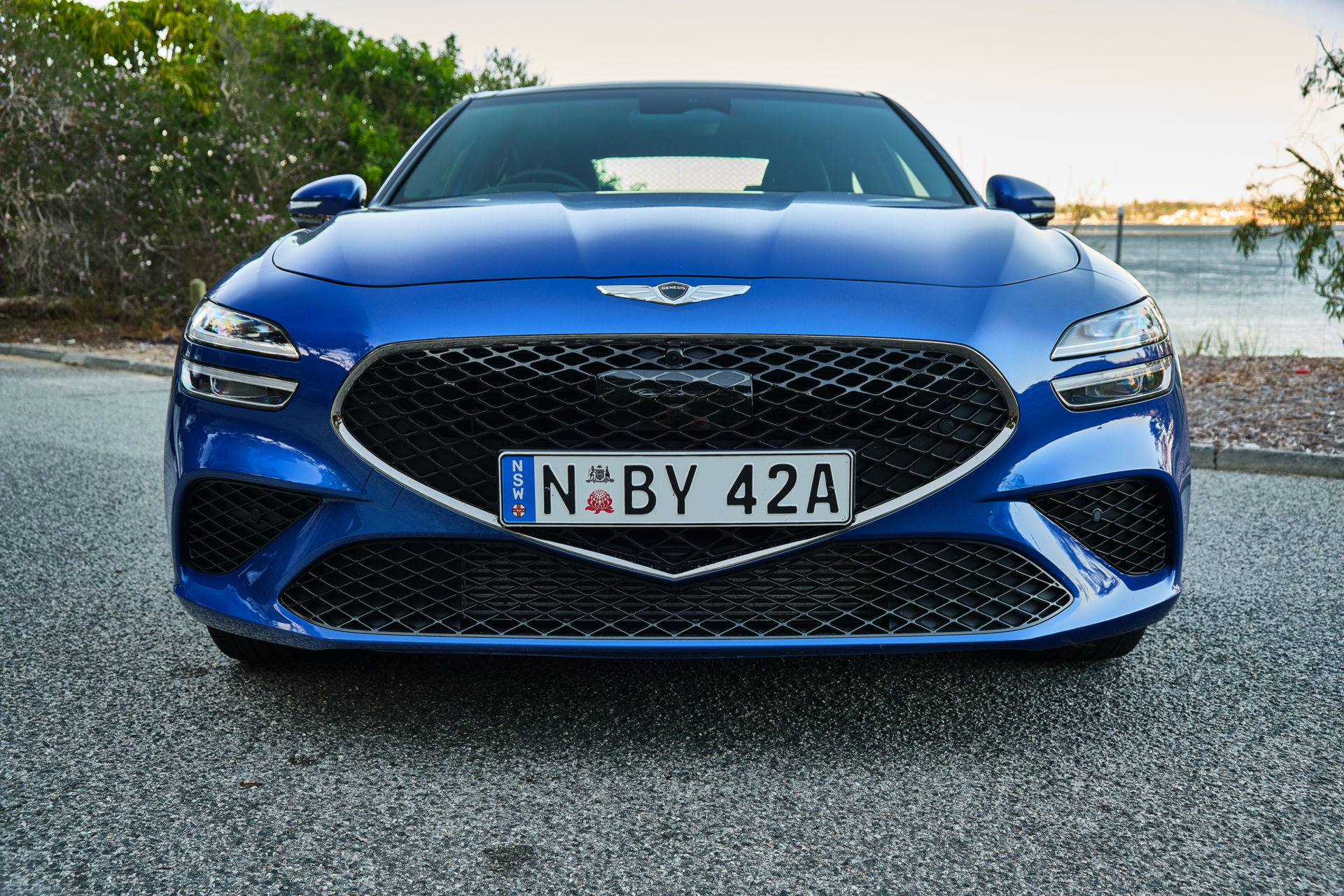 Fire the car up and the first thing that grabs your attention is the sound. Genesis has fitted the 2021 G70 3.3T with a bi-modal exhaust that gives it a much more exciting soundtrack than the pre-facelift model and while it doesn’t match the growl of Kia Stinger 3.3 models sold in Australia, it does sound very nice.

Genesis says the 3.3-liter model can hit 60 mph (96 km/h) in 4.5 seconds and it feels every bit as quick as that claim. However, it isn’t the straight-line performance of the car that really stands out but rather its superb handling.

For a four-door sedan that weighs up to 1,765 kg (3,891 lbs) in its heaviest specification, the G70 3.3T feels remarkably light on its feet. Turn-in is immediate and the Michelin Pilot Sport 4 tires fill you with confidence, encouraging you to push harder through corners to really see what the car is capable of. Switch into Sport mode and it feels even more responsive. 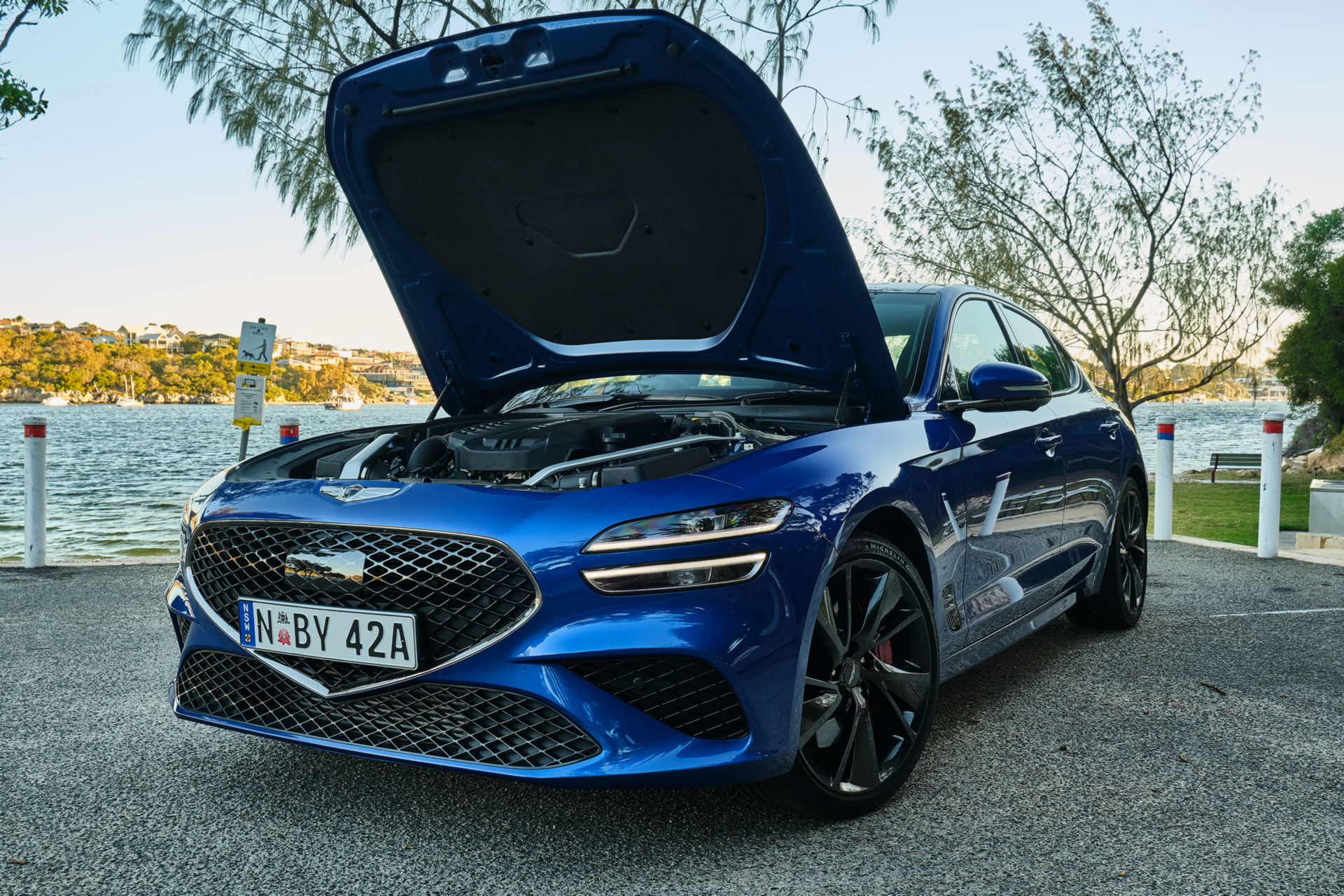 Genesis Australia has tuned the suspension of the facelifted G70 to better suit local roads and when driven in a more calm and controlled manner, the sedan remains poised in all driving conditions alongside every kind of road surface imaginable. It soaks up bumps with poise and is just as enjoyable to drive down the highway as it is to rip through a mountain road. All 3.3T models feature adaptive damping, allowing you to fine-tune the driving experience.

Coupled to both the 2.0-liter and 3.3-liter engines is an eight-speed automatic transmission. In general, we have very few complaints with this gearbox. Both upshifts and downshifts are performed rapidly and the paddle shifters feel very nice to the touch. However, as we said in our recent GV70 review, it would have been nice for Genesis to ditch this eight-speed ‘auto and replace it with the wet-type dual-clutch eight-speed found in various Hyundai and Kia models. 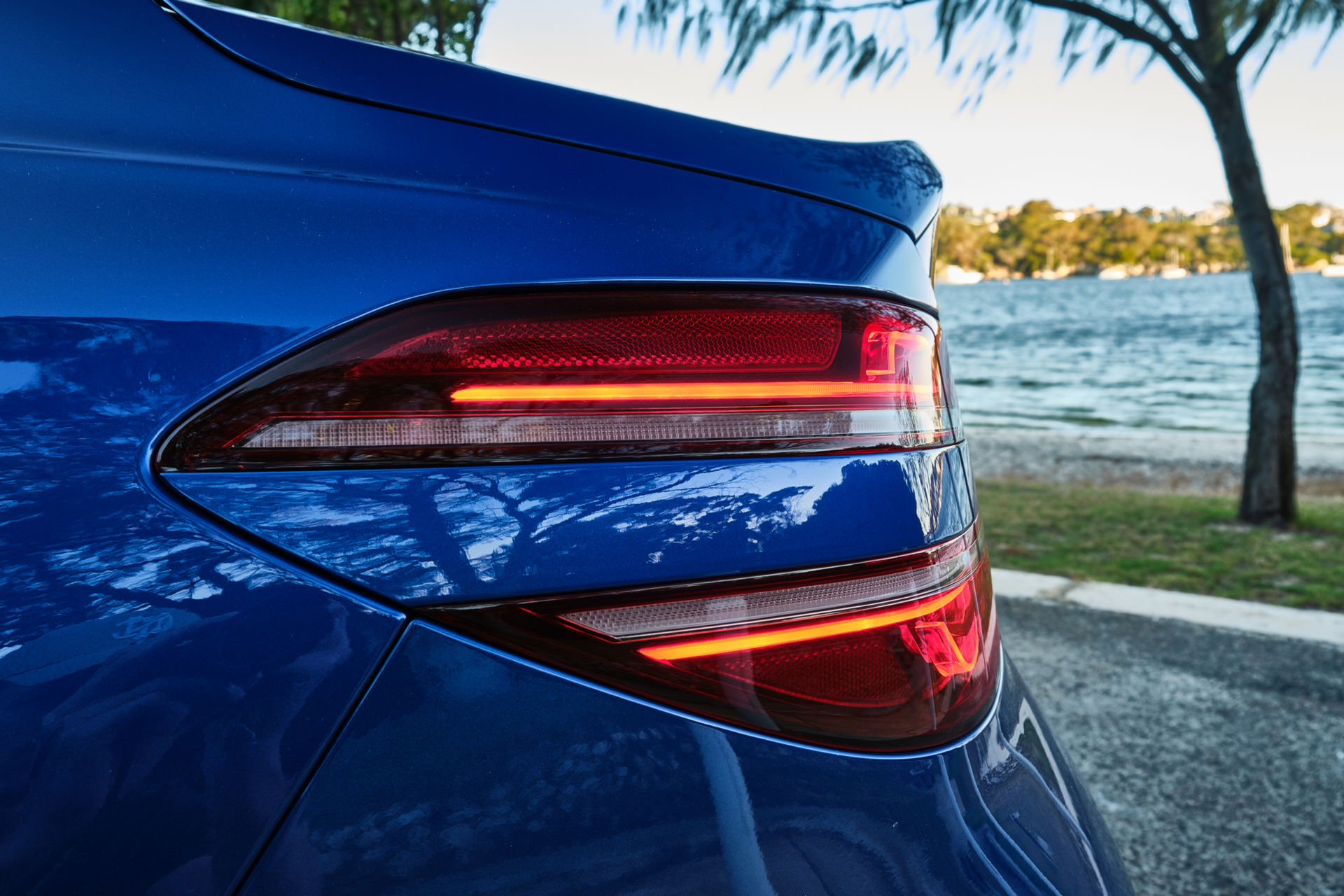 It probably won’t surprise you that fuel efficiency isn’t the strong suit of the 3.3-liter engine. Genesis claims it has a combined fuel consumption of 10.2L/100 km (23 U.S. mpg) over the combined cycle but matching that figure would be nigh-on impossible if you drive in anything other than Eco mode and use more than 50 per cent of the throttle. We averaged 14.2L/100 km (16.5 U.S. mpg) over our week with the car and that included quite a lot of highway driving. If owners intend on taking their G70 3.3T along a canyon road for some ‘spirited’ driving, a figure closer to 20.0L/100 km (11.7 U.S. mpg) isn’t hard to hit.

Those looking for better fuel efficiency should look at the 2.0-liter model. We were thoroughly impressed with this entry-level engine when we tested the G70 in pre-facelift guise in early 2021 and Genesis says it is good for 9.0L/100 km (26.1 U.S. mpg) over the combined cycle, a figure that’s actually achievable in our experience. 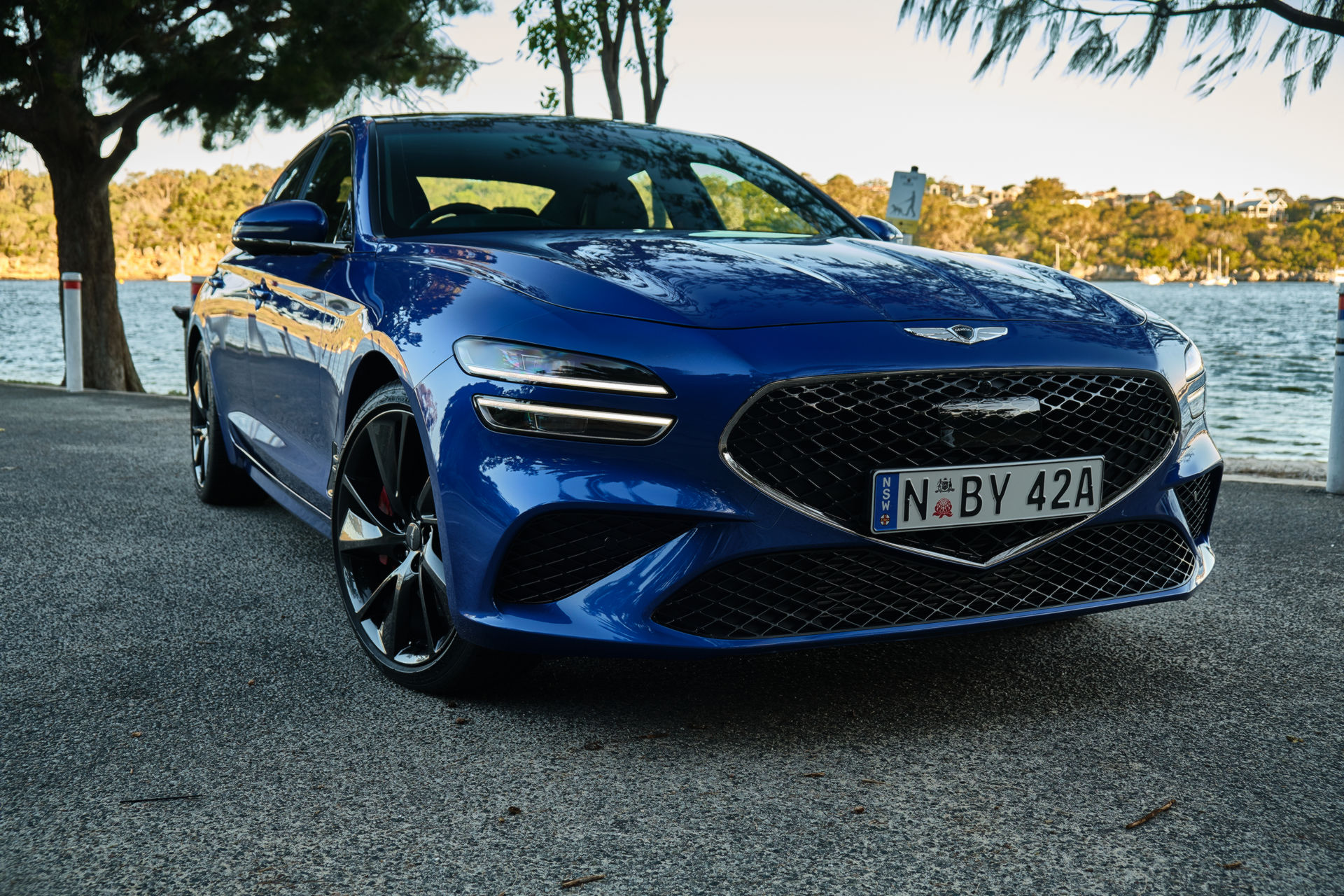 Sedans are dying off but the G70 remains a good buy

Given that Genesis will morph into an all-electric brand, it is possible that the facelifted G70 will be the final combustion-powered sports sedan that it builds. It is a fantastic car and it’s a real shame that cars like this won’t be around for much longer. 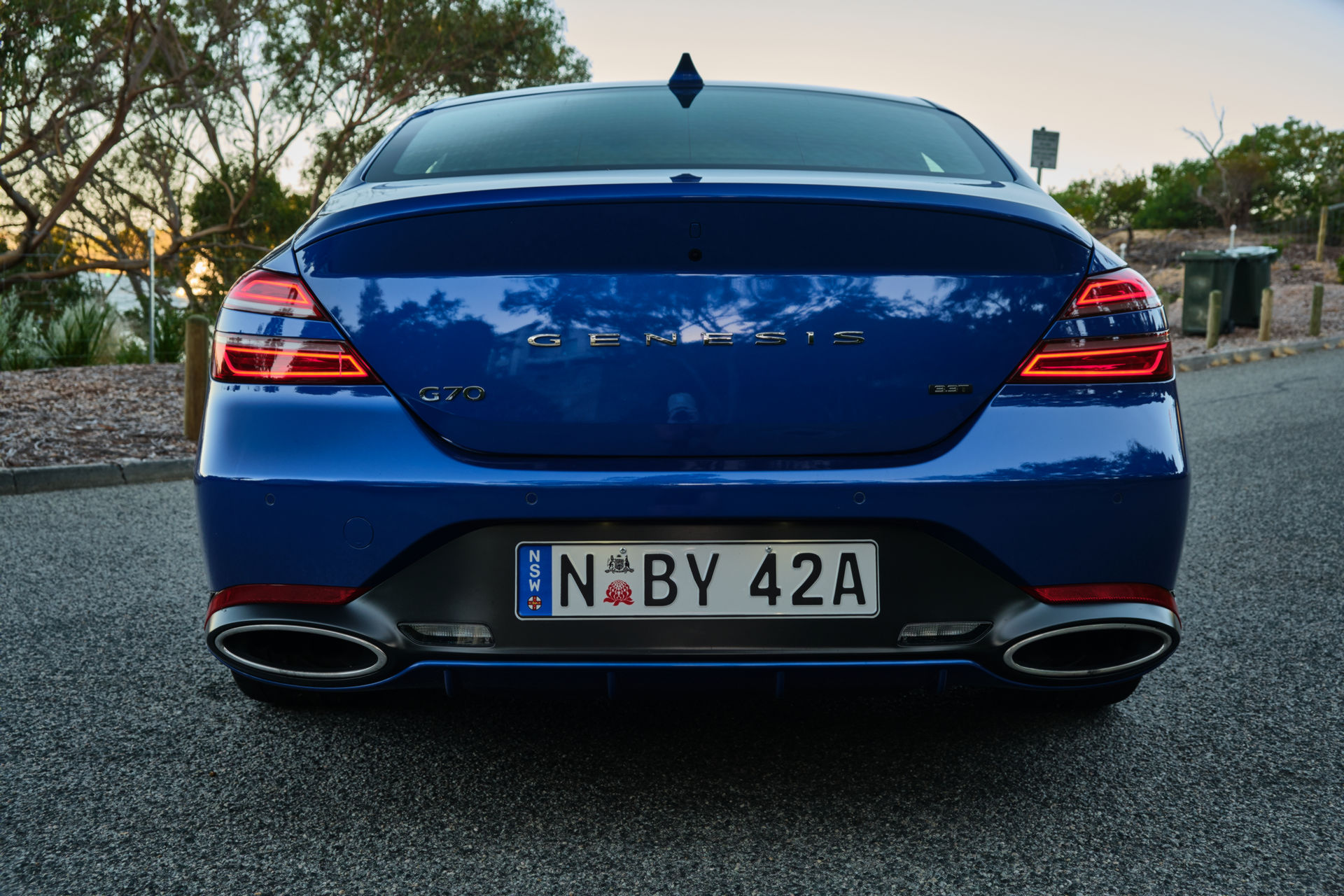