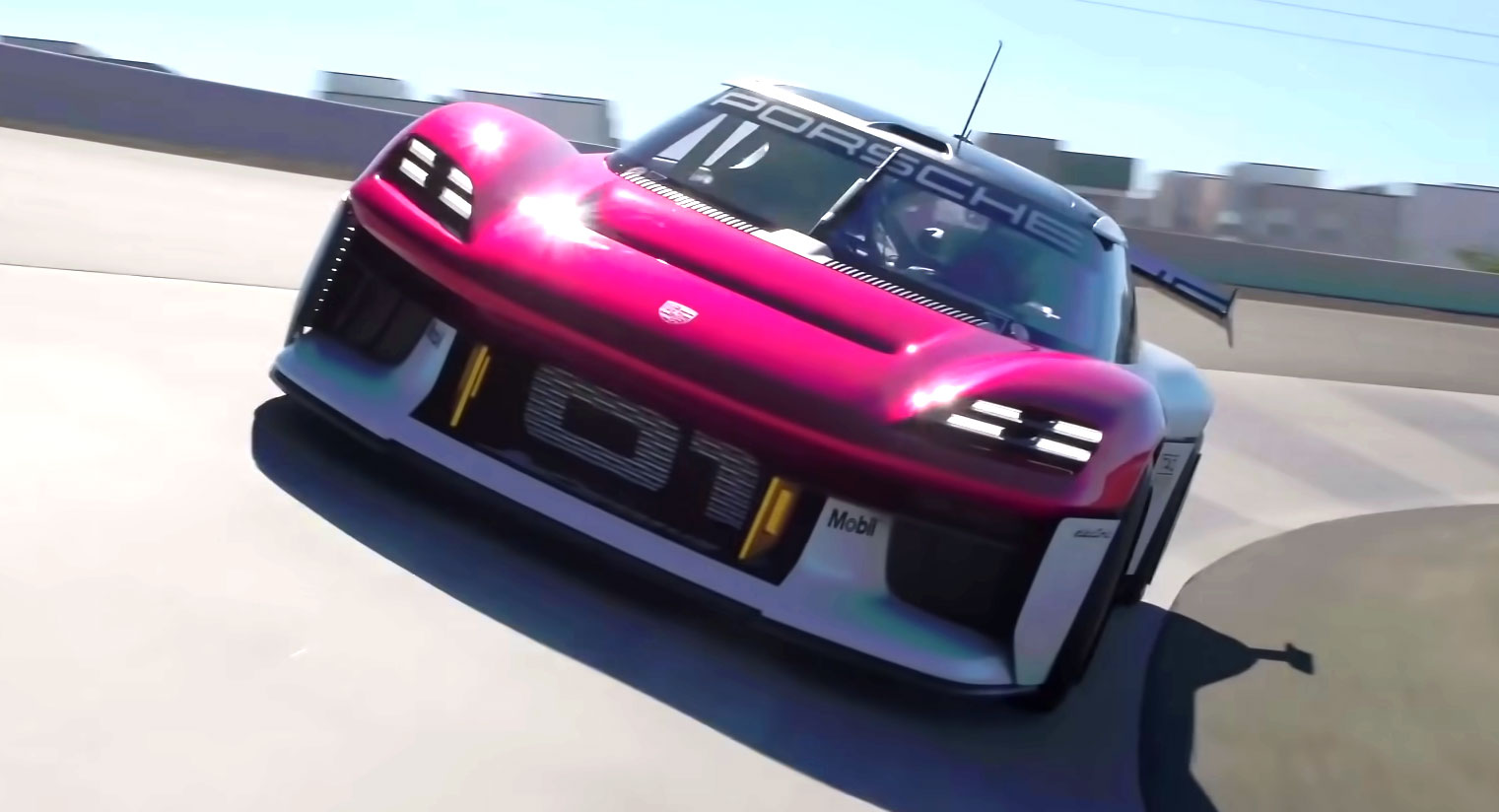 With the transition to electric cars, many fear that driving pleasure and fun will go away. Moreover, now that ICE powerplants will go extinct, what about racing and race cars? Well this independent video review of the Porsche Mission R gives us real hope.

Announced late last year, the Mission R is the first all-electric race car concept from Porsche. EVO’s deputy editor, Adam Towler, just had a go in one at Porsche’s Experience Center in Los Angeles and he’s got great things to report.

As we watch him blitz around the track a few things become obvious quickly. If the video was muted and we couldn’t hear the electric motors whirring away, we’d never guess that it was an EV. In addition, it doesn’t look as fast as we had imagined it would. Towler confirms that by letting us know that not only is it building just 450ish horsepower (well below what it’s capable of according to Porsche) but that it’s also top-speed limited.

Read Also: Porsche Properly Developed The Mission R Despite It Being Just A Concept

Still, it says a lot about the confidence that Porsche must have in the car to let anyone outside of the company drive it. Towler also comments on how emotionally evocative and intense the experience behind the wheel of the Mission R was. This wasn’t some soft sports car. No, he says it’s so loud that you absolutely need earplugs. Apparently that’s not the soft and quiet EV norm that we’ve become accustomed to.

He lauded the steering and braking as well. Those are both features not normally found in the average EV. Steering can be numb and directional changes can be hard since these vehicles tend to be quite heavy. Brakes are hard to get right because they also need to regenerate power whenever possible.

This certainly isn’t the ultimate EV racecar but it’s a great sign of things to come. Porsche and many other sports car brands like Audi and Lamborghini have committed to electrification in the future. Since race car technology will inevitably trickle down again to those street cars, the future doesn’t look that bleak.