Life is imitating art once again as a driver in Pennsylvania took a page from the Chris Farley classic Tommy Boy.

According to the Newberry Township Police Department, officers noticed a driver they believed to be operating under the influence of drugs or alcohol on January 6th around midnight.

A traffic stop was initiated, but this was far from routine as officers quickly discovered there was a live deer in the back of the vehicle. While there’s sadly no audio in the video released by police, officers inquired about the deer and the vehicle’s occupants told them they had hit the animal and placed it in the hatch thinking it was dead. 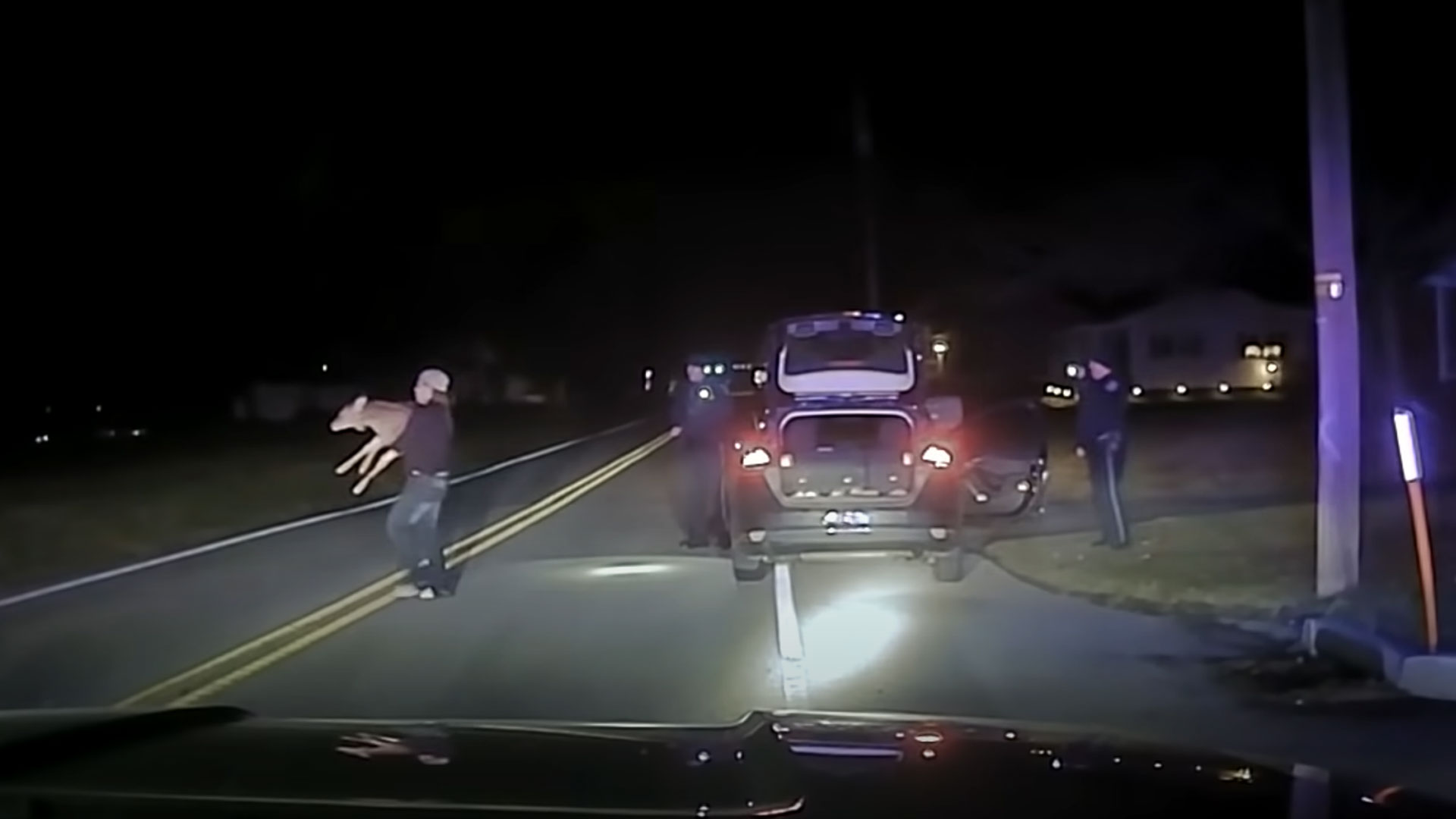 However, “after a short time, they had realized the deer was still alive.” This seemingly didn’t bother them as they continued driving until they were stopped by police.

This, of course, echoes part of Tommy Boy, where Farley and David Spade hit a deer and put it in their convertible thinking it’s dead. The deer then wakes up and destroys the classic car.

This didn’t happen in real life as officers instructed the 21 year old passenger to free the animal. You can see this in the clip – which is sadly not embeddable – as he exits the vehicle, opens the hatch, and then carries the deer off to the side of the road.

The video ends there, but police said the 19 year old driver was taken into custody as part of their DUI investigation. She’s presumably facing a number of charges and authorities noted the Pennsylvania Game Commission is assisting with the case.