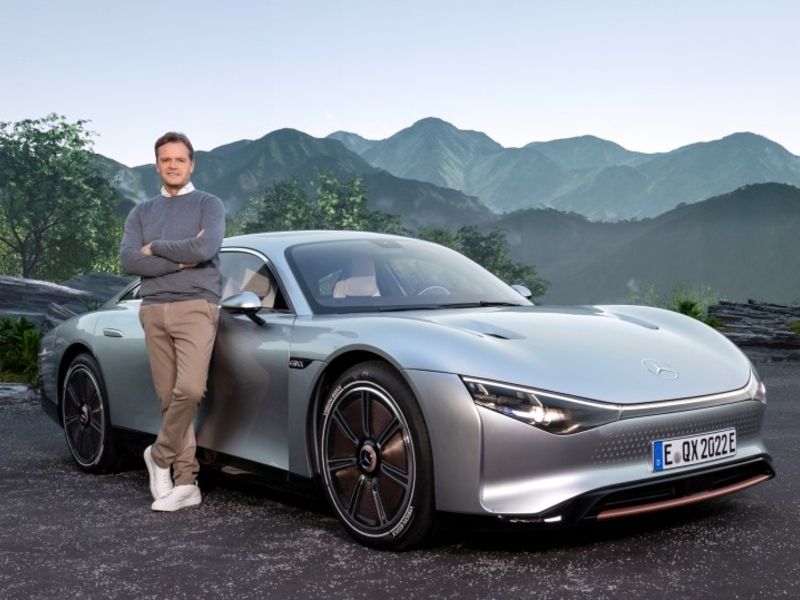 Mercedes-Benz plans to build the complete powertrain for its new MMA and MB.EA electric architectures entirely in-house starting in 2024, a top executive said.

“To do this, we are significantly increasing the depth of added value and are also switching from third-party sourcing to in-house production, Markus Schaefer, head of development at Mercedes parent Daimler, told Automotive News Europe sibling publication Automobilwoche. “Until now, the electric powertrains have come from external partners.”

“We want to control the overall system of electric motor, battery and power electronics as much as possible, similar to what is the case with the combustion engine,” Schäfer said. This also includes the inverter, which transfers the energy from the battery to the engine. “Whether we will then also build this ourselves has not yet been decided, however,” he added.

Mercedes offered a look at what the new drivetrain could look like when it presented its Vision EQXX concept at the CES show last week.

With the same battery capacity, it requires half the installation space, is around a third lighter than before and is highly efficient, the automaker said.

The EQXX will consume only 10 kilowatt hours per 100 km, while current EVs use about 15 kilowatt hours or more. This should enable significantly longer ranges, especially for next-generation compact cars; the EQXX can travel more than 1,000 km (600 miles) on a single charge.

As Mercedes significantly accelerates the switch to electric mobility, it is adjusting its production and supply forecasts and requirements, Schäfer said.

“We will certainly have to discuss expanding capacity globally for the electric powertrain, because we are accelerating significantly in electromobility, and by 2025 half of our vehicles will already be on the market purely electrically or as plug-in hybrids,” he said.

This will benefit workers at plants that have been heavily dependent on the combustion engine, he said. Works councils and unions at Mercedes and other automakers have been concerned about potential job losses at those factories.

Mercedes has announced that it will build high-performance axial-flux electric motors developed with the British startup Yasa – which Daimler acquired — in Berlin, and Schäfer said a second “kit,” with radial electric motors for smaller vehicles will be built in Mercedes’ Untertürkheim plant.

In addition, battery cells developed in-house will soon be ready for use in Mercedes vehicles.

Mercedes has announced the construction of four factories in Europe with various partners. One of them is ACC, in which Stellantis and French energy giant Total have a stake in addition to Mercedes. With Douvrin in France and Kaiserslautern in Germany, ACC has already named two locations for gigafactories. However, it is believed that there will be at least one more production facility in Germany.

“ACC will be a European battery champion that will certainly need more than two sites,” Schäfer said. “The important thing is that it ends up being a flexible production network. After all, not just one type of cell will be built for one plant in a factory like this; the facilities have to be variable.”

Other cell factories are in the works to meet expected demand, he said.

“We will also announce the construction of a factory for Europe with another partner in the near future,” Schäfer said, without offering more specifics.

According to information from Automobilwoche, the partner in question is the Chinese cell specialist Farasis Energy, with which Daimler has strategic partnership.

Farasis wanted to build a production facility for Europe in Bitterfeld, Germany, but had hesitated to implement the plan. The company is currently reviewing its localization strategy, Stefan Bergold, head of Farasis’ European sales, recently told Automobilwoche.