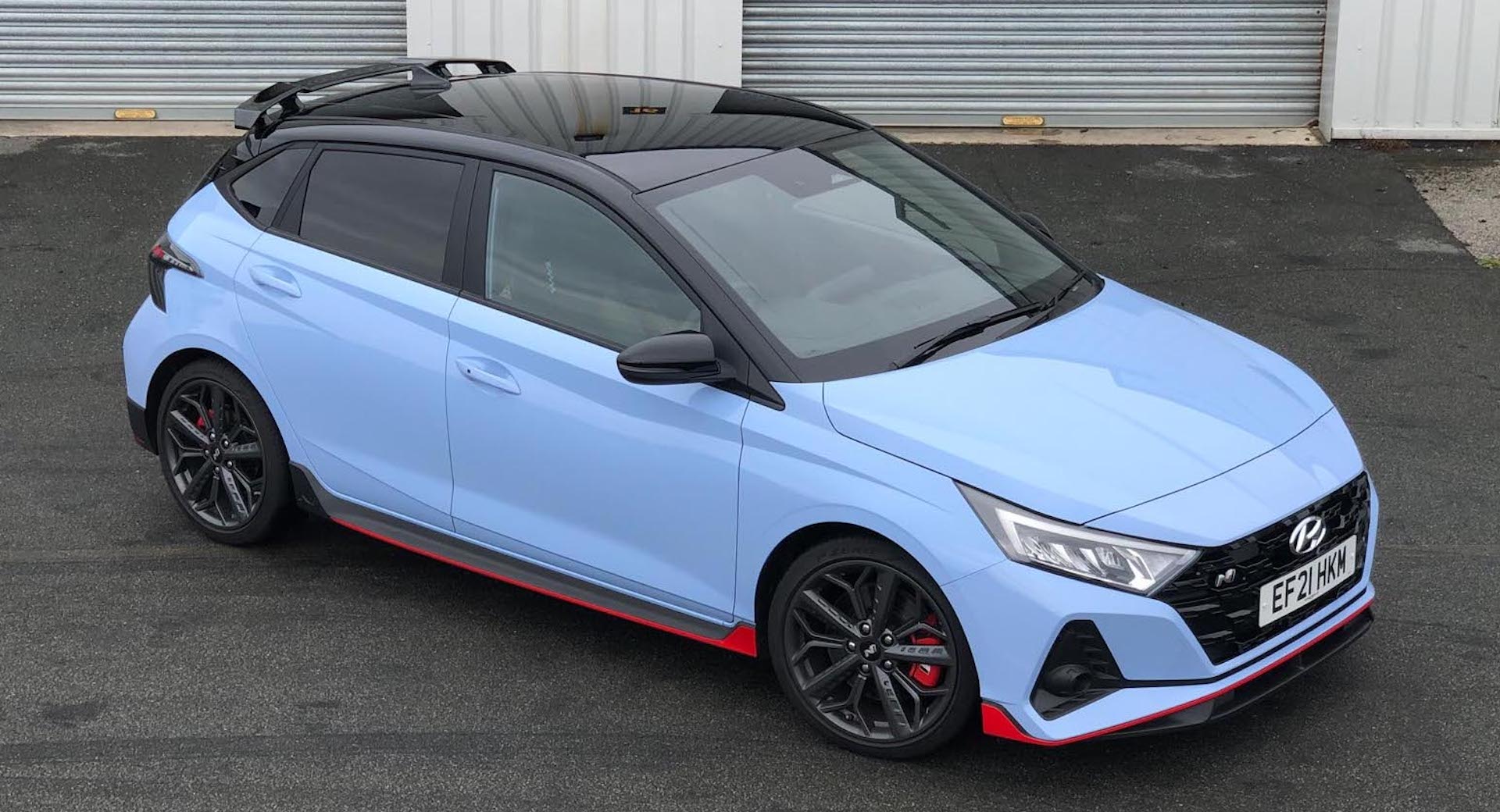 The old Fiesta ST might have been lavished with critical acclaim on both sides of the Atlantic, but after a truly disappointing toe-in-the-water exercise that resulted in just 35,000 STs finding North American homes over seven years, Ford decided not to bring its replacement to the U.S.

In the wake of the Fiesta ST’s mediocre sales outing, it’s perhaps no surprise to hear that the U.S. is also not getting the Ford’s new rival from Hyundai, the i20 N. That’s a real shame because pocket-sized hot hatches are the most accessible performance cars not a lot of dollars can buy, Hyundai has already proved the credibility of its N products with cars like the Veloster N, and the hot i20 is claimed to be inspired by nothing less than the Korean brand’s 2019/2020 WRC rally weapon.

So if you’re in a market where the i20 N is available, should you buy one over a Fiesta ST, and if you’re stateside, should you be lobbying Hyundai USA to get a bunch of the things on a boat double-quick? We grabbed the keys to a UK car to find out.

The biggest hurdle for any junior hot hatch is trying to make an enthusiast car from a regular supermini that was designed to mooch about town at low speeds and sell for low prices. In the UK the base non-N i20 costs £16,500 ($22,000), but that swells to £24,995 ($33,000) once the performance fairy dust has been sprinkled over it. Yes, that’s more than Americans pay for a 275 hp Veloster N, but cars are much pricier in Europe.

Driven: It’s true, the Hyundai i30 N IS a game changer 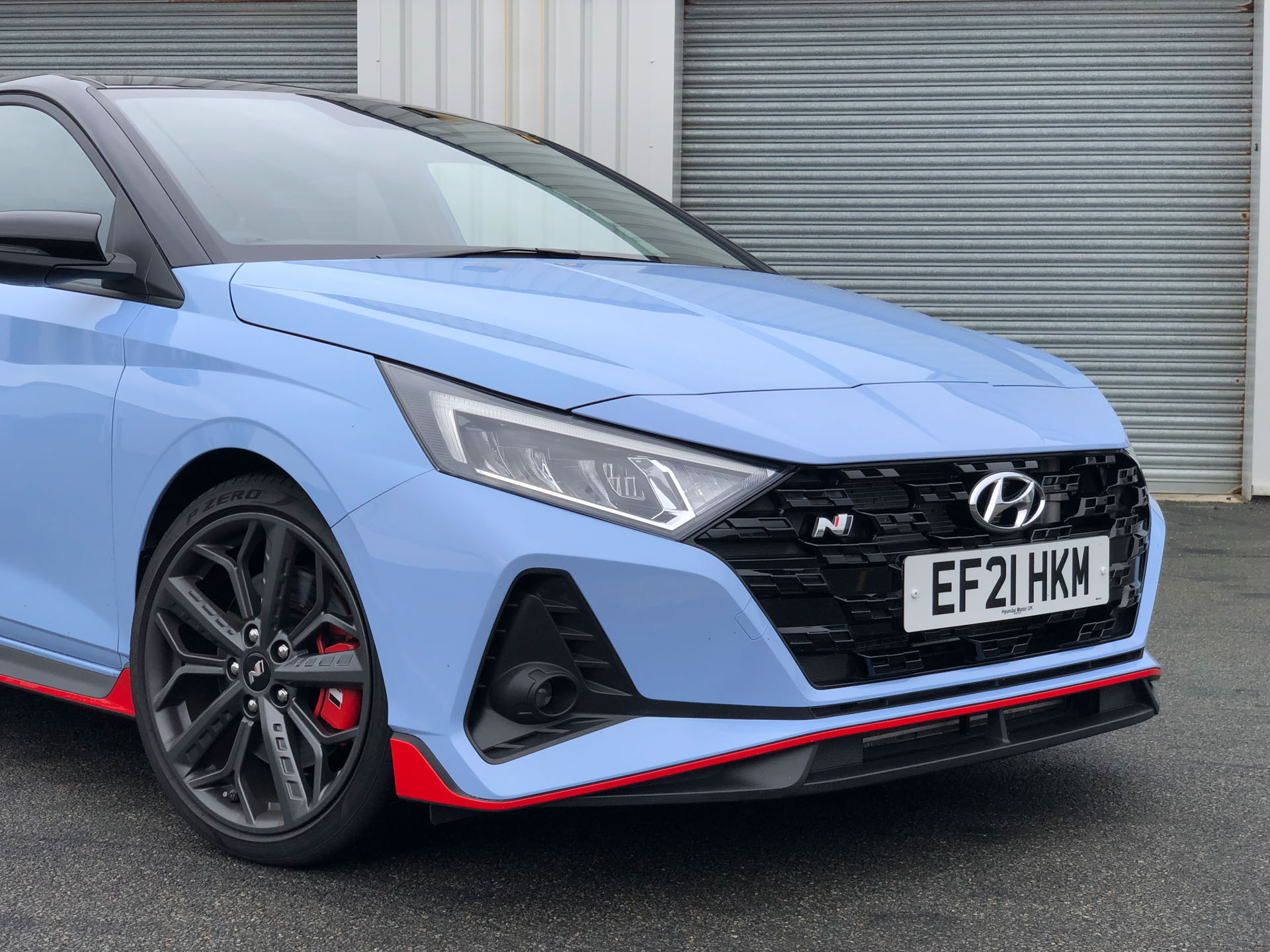 Luckily the base i20, to our eyes at least, is one of the sharper-looking superminis on the block and the i20 N ramps up its visual punch with some less than subtle enhancements that help soothe the sting of that price. Sitting 1.5-in (38 mm) lower than standard hatch, there are different front and rear bumpers, side skirts, 18-inch rims with cool aero flicks on each spoke, plus a large diffuser, obligatory wide exhaust and imposing boot lid spoiler that looks like a shrunken take of the huge appendage that hangs off the back of the i20 Coupe WRC car.

Speaking of the fully-fledged racer that spent most of 2021 scything through forests at more than 120 mph, unlike the Toyota GR Yaris there’s little to actually tie the i20 N road car and competition racer, other than it uses the same sized 1.6-litre turbo and weighs an identical 2624 lbs (1190 kg). 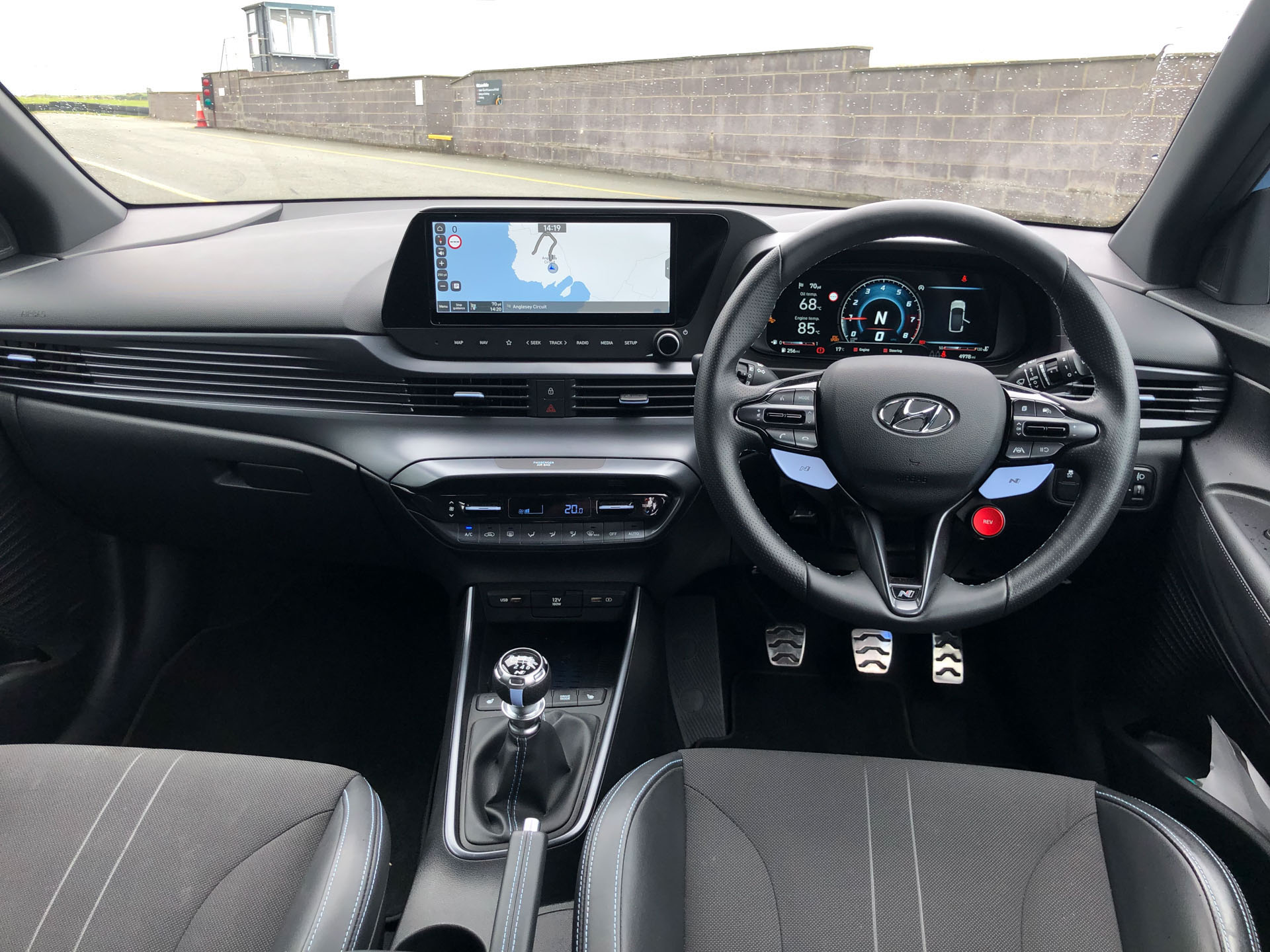 As most Fiesta ST owners will attest, buy a small hot hatch and its imperative you overlook the cheap-feeling plastics within the cabin and be content that the development budget was invested elsewhere, mostly on the hardware that helps ensure your car is as fun to drive as possible.

In the Hyundai i20 N you don’t feel quite as short-changed. We wouldn’t go as far as saying it will trouble more expensive German rivals for its premium feel – the brittle door handles and hard plastic door tops ruin that – but the full digital instrument cluster, infotainment and climate control switches all look pinched from a more expensive car. Apple CarPlay and Android Auto both work and there’s also free wireless charging and USB ports both front and rear. 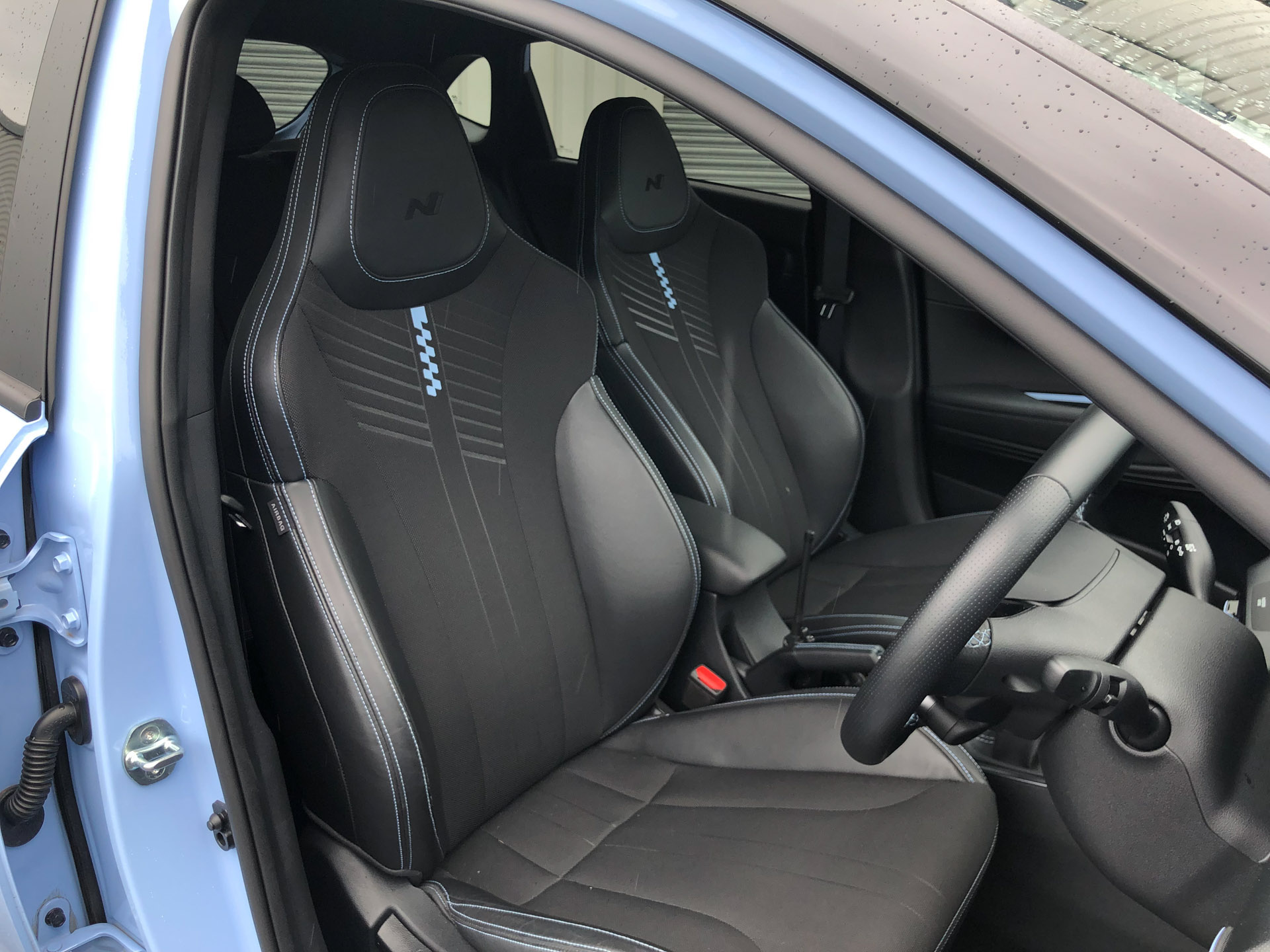 More good news: it’s easy to find a decent driving position and the driver’s seat isn’t mounted too high. The perch itself isn’t sourced from Recaro and doesn’t quite clamp you as hard as you’d want, but both front seats are comfortable.

Unlike the compromised coupe-cum-hatch Veloster N sold in the U.S., the i20 N is even pretty practical. Though obviously a smaller car, the seats can be dropped flat, you get two rear doors, and there’s a decent enough boot. But few people buy a small hot hatch because they can squeeze an IKEA Billy bookcase in it at the weekend.

Straight out of the box the Hyundai i30 N was a real hot hatch contender, or at least it has been in markets where it’s available (not in the U.S., sadly), so it’s perhaps no surprise that its little brother impresses on first acquaintance.

Before we get to the driving it’s worth geeking-out over the significant changes the small i20 has undergone to earn its ‘N’ status. The work began with the shell being reinforced in 12 places to boost structural rigidity, and most of the bolstering included strengthening the front subframe and adding a rear brace in the luggage area. 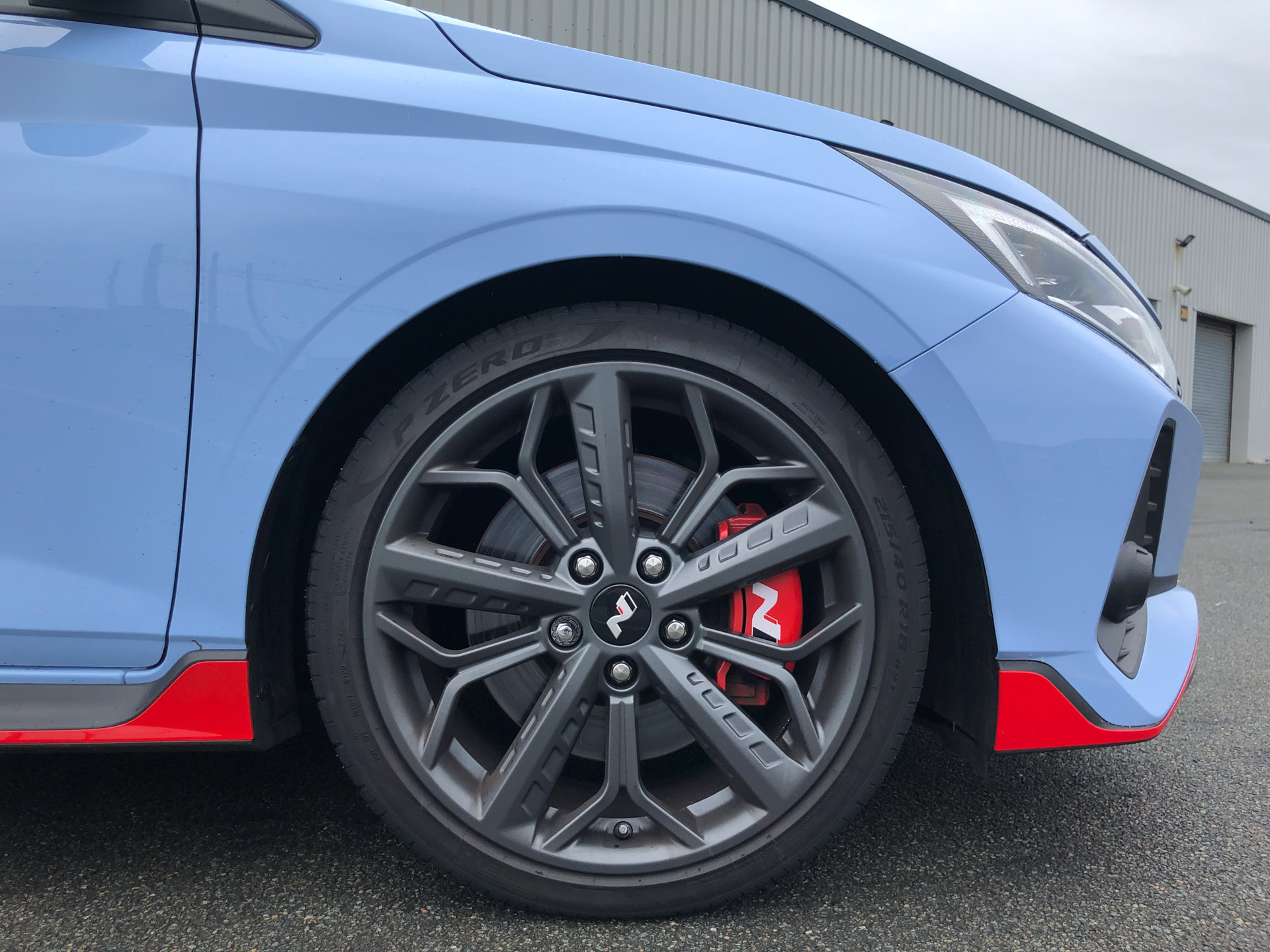 On paper, it looks like the baby N carries over the regular stock front pseudo-MacPherson strut and rear torsion beam, but both have been significantly uprated for the i20 N. There’s also a new anti-roll bar on the rear axle, bigger brakes, a six-speed manual transmission, plus a proper Torsen-style mechanical limited-slip differential.

Related: 2021 Hyundai i20 N Is Here To Shake Up The Hot Hatch Market

Keen to recoup on its considerable investment at its huge R&D, plus its facility in Namyung, Korea, and the Nurburgring, Germany, all the hardware has been developed in-house with only the tires outsourced to Pirelli, who conjured up a special compound for its bespoke P Zero rubber.

The proof is in the driving 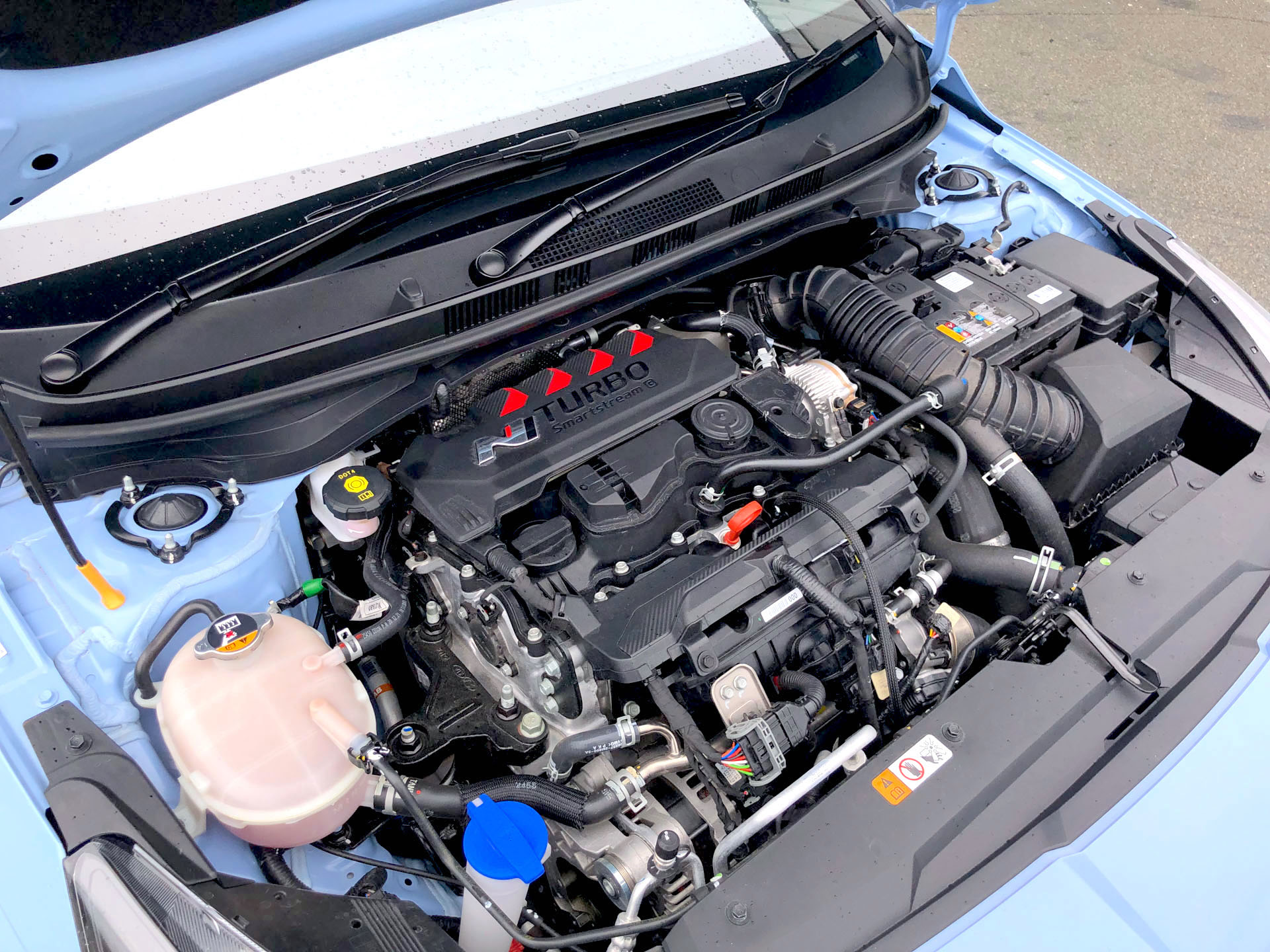 Hyundai has developed the i20 N to be nothing short of the best small hot hatch in a generation but, initially, it’s a bit of mixed bag behind the wheel. The good news is the punchy performance it delivers off the line. Officially, the 1.6-litre turbocharged four-cylinder delivers 201 hp (204 PS) and 203 Ib ft (275 Nm) of torque, with the latter churned out from just 1750 rpm.

In reality it feels much quicker than its 6.2 second 0-62 mph (0-100 km/h) official time and it’s no surprise some are reporting fit and healthy examples will easily blitz its official claims using its standard launch control and some fast wrist action on the mandatory six-speed manual transmission. 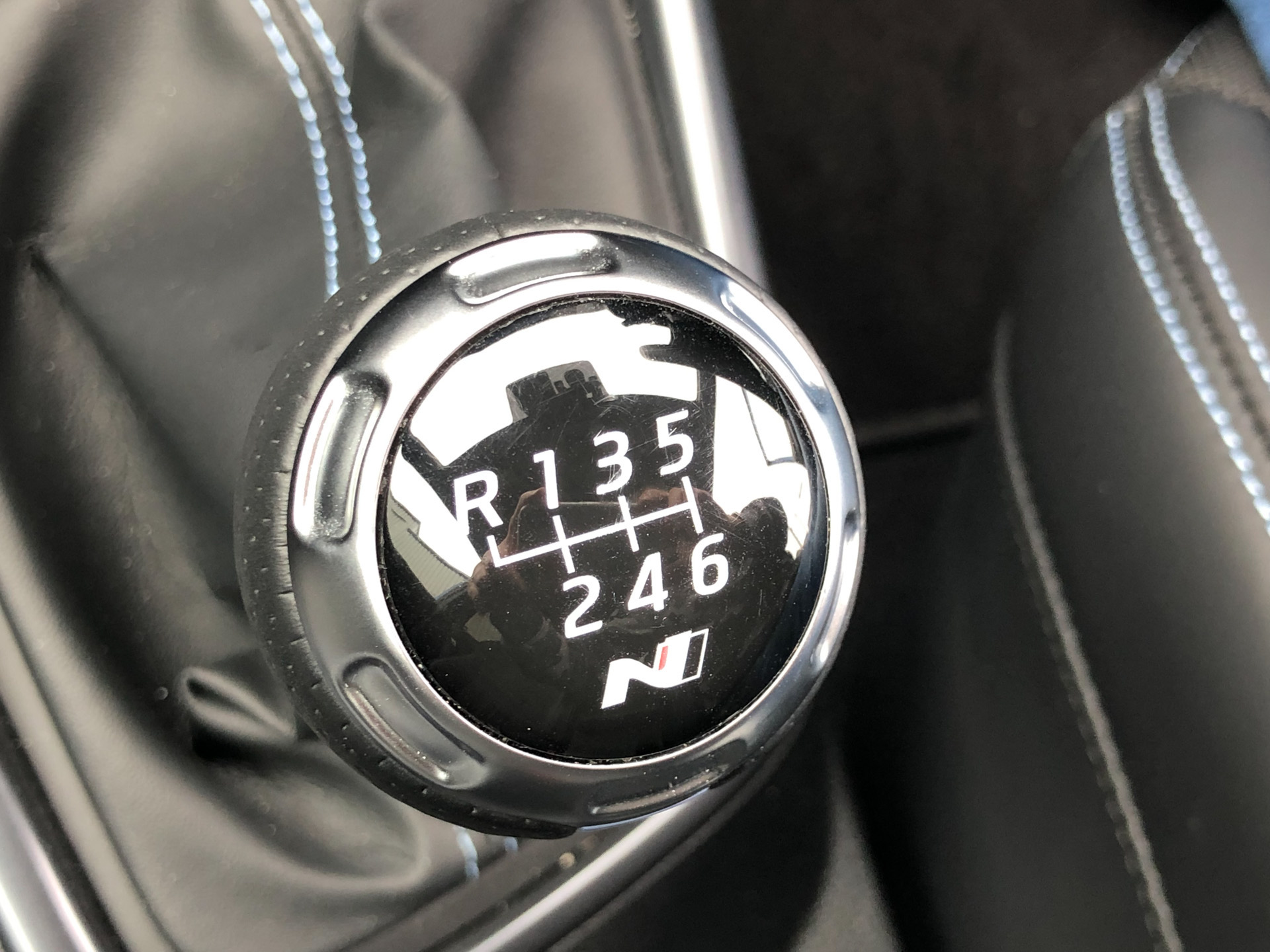 What isn’t so good is the 1.6 turbo’s lack of energy and enthusiasm going about its work. It’s not a motor to relish visiting its 6800 rpm cut-out. We were also left bemused by the shockingly bad throttle response in all but its most extreme driving modes (we’ll explain those later) and it’s even more irritating rev-hang feature. The latter is no doubt necessary to prevent nasty spikes in tailpipe emissions.

Better in the bends

Luckily, the i20 N’s dynamic repertoire claws back a considerable advantage. Initially, you might be a little disappointed that the Hyundai feels more grown up and mature compared to the more playful Fiesta ST. There’s limited adjustability in the way it goes about its work, but traction, both in the wet and dry is phenomenal, while the front-end musters huge levels of grip, allowing you to really ramp up the pace.

Better still, the i20 N is a car that relishes a more aggressive driving style, with its diff always willing (and able) to drag you out of sticky situations, even those involving four-wheel drifts. Like its N brethren, brake pedal feel is excellent and offers powerful retardation. The gearshift is great too and although the steering might lack feel, its precision is unquestioned.

Related: The Hyundai i30 N Is Slower Than The VW Golf GTI Clubsport 45 At The Nürburgring

In the past, you might think a small hot hatch with six driving modes might be overkill – but in the i20 N it encourages you to explore more of what’s on offer. We love that both the rev-match feature and the ESP can be completely switched off and that there’s actually another setting to enable left-foot braking.

The answer’s always Miata, isn’t it? 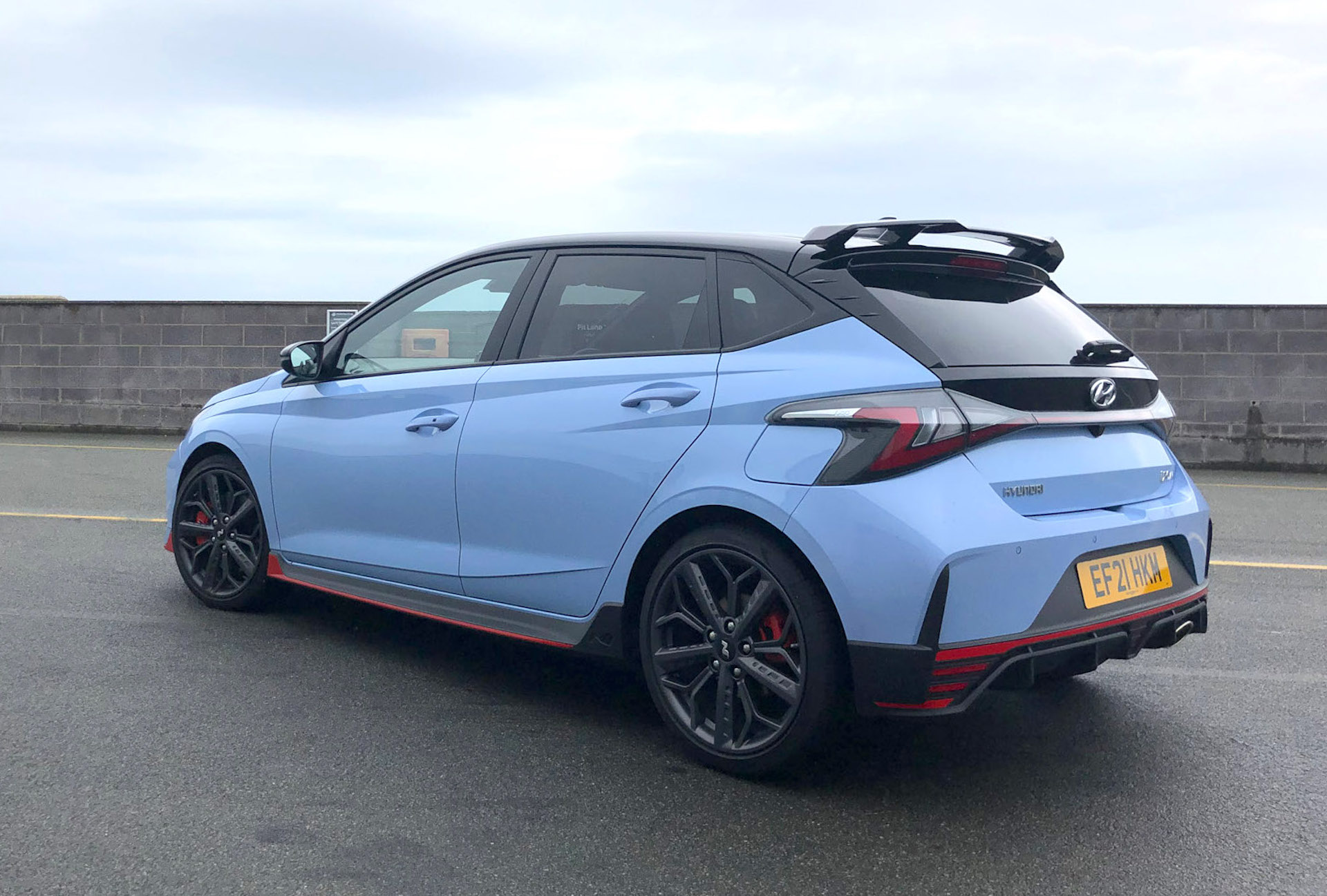 Of course, there are plenty other ways to crack the affordable performance car nut, even in the absence of both the Fiesta ST and the i20 N. Not least the much cheaper Mazda MX-5 ($26,830) but we’d argue that the i20 has an even more mischievous character than a stock Miata, would keep you grinning on road and track, plus has the benefit of being practical enough to be your only car.

At the end of the day we can’t help but lament that a more sensible, grippier take on the Fiesta ST with added composure can’t find more buyers here, because despite its faults there’s a lot to like about the new i20 N.