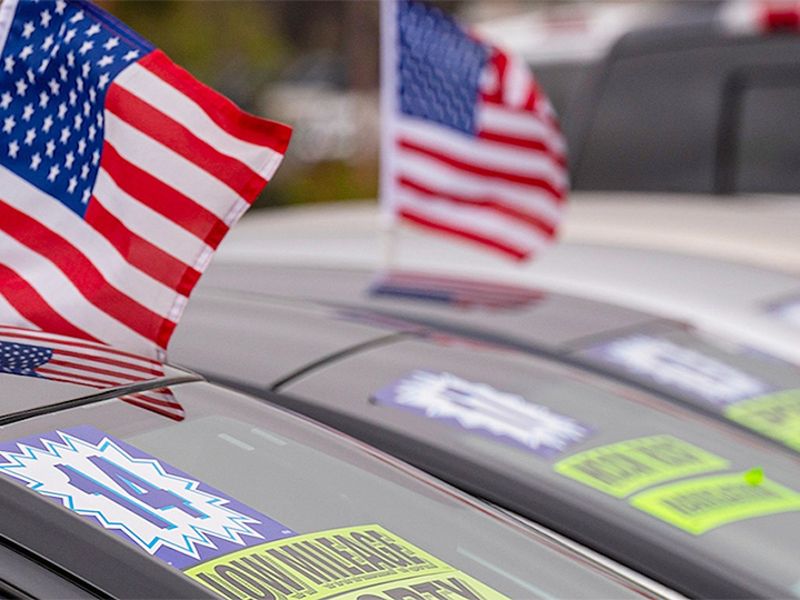 Even as their pace of growth slowed in the final weeks of 2021, wholesale used-vehicle prices again increased in December, hitting new record highs, and analysts expect prices to rise more in the spring.

Cox Automotive said Friday that its Manheim Used Vehicle Value Index, which tracks vehicles sold at Manheim’s U.S. auctions, rose 1.6 percent in December compared with November. The index soared for all of 2021, with its December number 47 percent higher than the same month in 2020. Those numbers were adjusted for mix, mileage and seasonality.

Cox Automotive predicted last month that prices would fluctuate in a minor way through the end of 2021.

Company analysts said 2021 was marked by two long cycles of appreciation in used-vehicle values — one from February to May and another from September to November, periods in which the Manheim index set record after record.

And tight supply coupled with extreme demand in the wholesale market — including demand from rental companies — drove those record-setting used-vehicle prices through the fall.

“We are projecting a 3 to 5 percent increase from where we are now, and ultimately that peak will likely be [at the] end of April or potentially into the month of May,” Smoke said.

While the Manheim index is likely to register more gains during tax refund season, depreciation will likely occur in the back half of 2022, Cox analysts said.

The company, however, doesn’t anticipate a collapse in demand. It estimated that the December 2022 Manheim index will dip 3 percent from its December 2021 level.

“We do not see potential for a large price correction,” Smoke said.

Black Book recorded a comparable surge in its Used Vehicle Retention Index released Tuesday. At the end of 2021, the index had increased to 195.7 points — 52 percent above where it was the same time a year earlier. The index rose 3.1 percent from November to December, Black Book said.

In the final two weeks of 2021, Black Book saw declines in wholesale prices across multiple segments. That resulted in a smaller monthly increase, according to Alex Yurchenko, chief data science officer at Black Book.

Demand in wholesale channels slowed at the year’s end because new-vehicle inventory leveled off and consumer demand eased, he added.

“We expect a stable wholesale market in January, even as the number of COVID cases increases significantly across the country,” Yurchenko said in a news release.