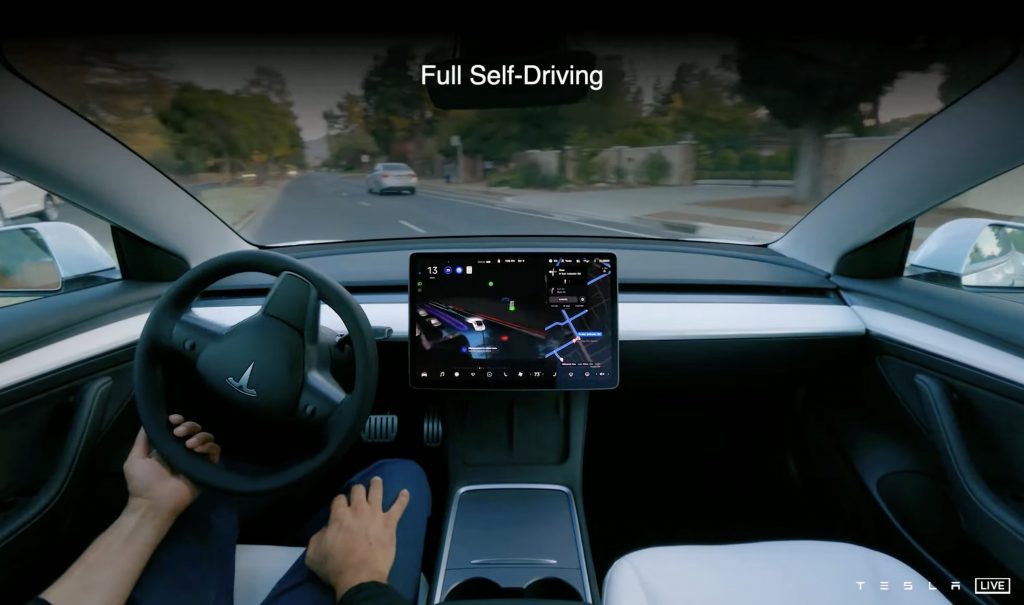 The price revision was announced by Tesla CEO Elon Musk, who shared details on the decision via Twitter.

The $2,000 price increase for the FSD suite marks the first time since October 2020 that Tesla has adjusted the purchase price of the feature. The last change increased the price by $2,000 as well, but it was raised from its previous $8,000 tag.

The reason for the previous price increase was because of Tesla FSD Beta being offered in a limited release. It marked the beginning of the Beta program, which allows some drivers with a high enough Safety Score to contribute to the development of the semi-autonomous technology. Tesla’s FSD suite is currently rated at Level 2, according to the Society of Automotive Engineers standard. The SAE lists a Level 2 autonomous vehicle’s capabilities as being able to control both steering and speed. A human sits in the driver’s seat and can take control of the car at any time and is required to remain attentive.

The reasoning for this price increase is unknown. Tesla FSD features Navigate on Autopilot Beta, Auto Lane Change, Autopark, Summon, Smart Summon, and Traffic and Stop Sign Control Beta, as well as Autopilot’s two features: Traffic-Aware Cruise Control and Autosteer. Tesla FSD is missing one feature: Autosteer on City Streets, which has been in development for several years.

Tesla does have a monthly subscription option for the FSD Suite, which costs as little as$99 per month and can be canceled at any time.