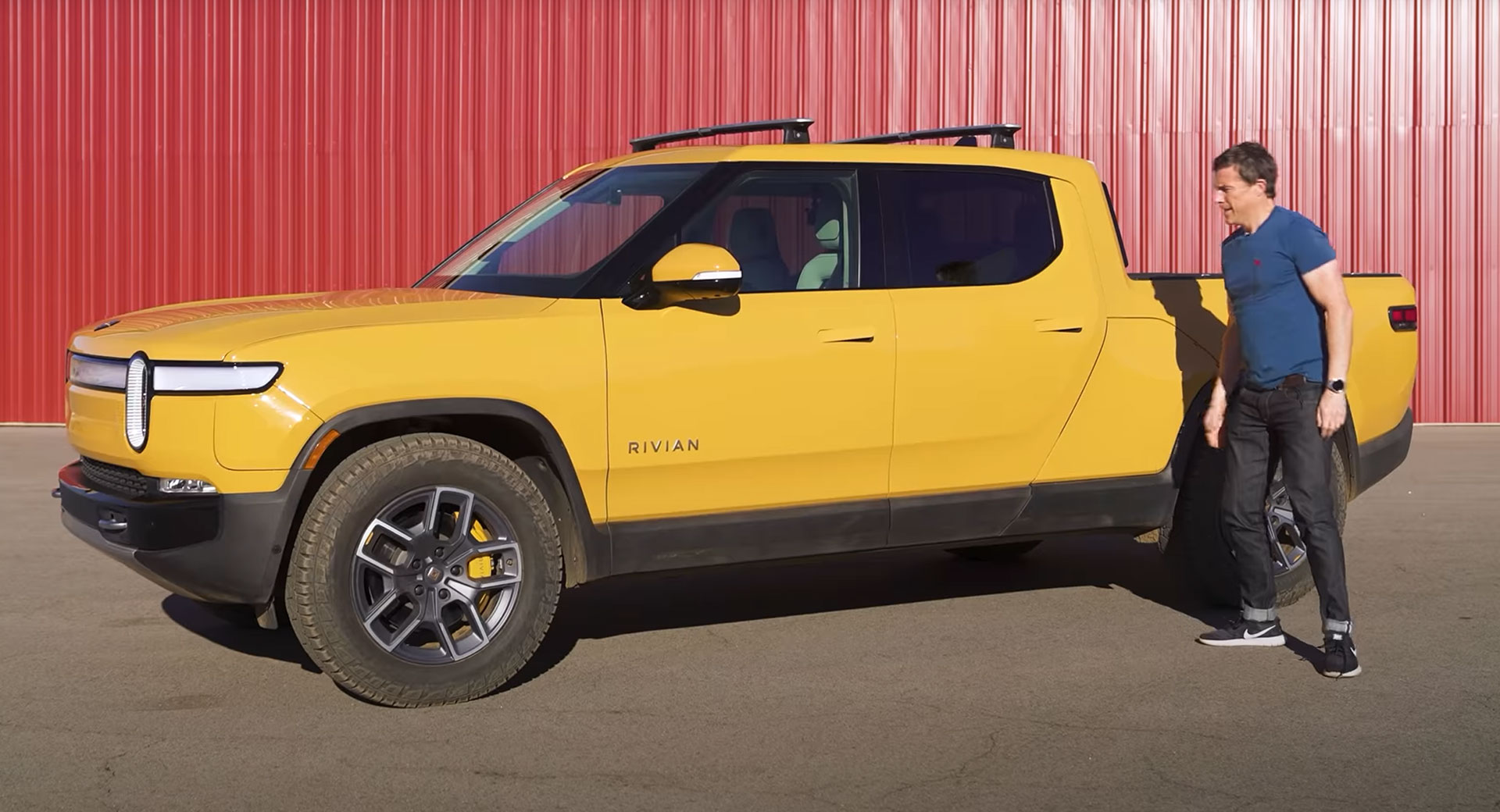 The all-electric Rivian R1T is one of the most innovative electric vehicles on the market and the guys over at CarWow recently traveled to the U.S. to check it out in person.

Ever since customer deliveries of the market’s first electric pickup began, the vehicle has been widely praised by owners and the media alike. Mat Watson had the opportunity to check out all of the truck’s features before hitting the open road to see what it is capable of.

One of the R1T’s most intriguing features is the available camp kitchen. The kitchen resides in the R1T’s gear tunnel and can be easily pulled out and set up. It includes an induction cooker, a sink, a four-gallon water tank, and a complete cutlery set that will make camping all the more convenient.

While speaking about the Rivian’s interior, Watson is complimentary of the truck’s luxurious and plush seats. He also likes the large infotainment screen but isn’t a big fan of having to use the touchscreen to change the position of the steering wheel. The R1T also has heaps of storage cubbies, including under the rear seats, and the reviewer is particularly fond of the flashlights incorporated into the front doors.

While Rivian has been delivering the R1T to customers for a number of months now, it did recently announce that production of variants with the ‘Max’ battery packs has been delayed until 2023. These models will offer more than 400 miles (644 km) of range and make up approximately one-fifth of all orders. The others are for those with the ‘Large’ battery pack that has a quoted range of 314 miles (505 km).