Hollywood is a truly wild place and sometimes the stars like to indulge themselves. Such is the case with this $2.5 million mobile estate once owned by Will Smith that was featured on Ridiculous Rides.

The biggest, tallest, and widest RV on earth, according to the show, it’s more like a converted 18-wheeler than a trailer you’d see at a campground. It was built by Ron Anderson from Austin, Texas, who has been making these kinds of living spaces for more than 20 years.

Anderson says he got his start in the medical industry and first bought a bus to do mobile blood testing. He then moved on to making RVs for the rock and roll industry and, with the help of Sylvester Stallone, ended up breaking into Hollywood and building these mobile estates for movie stars.

Read Also: Houston, We Have A Trailer: Tom Hanks Is Selling His Airstream That Has Seen 30 Years Of On-Set Duty 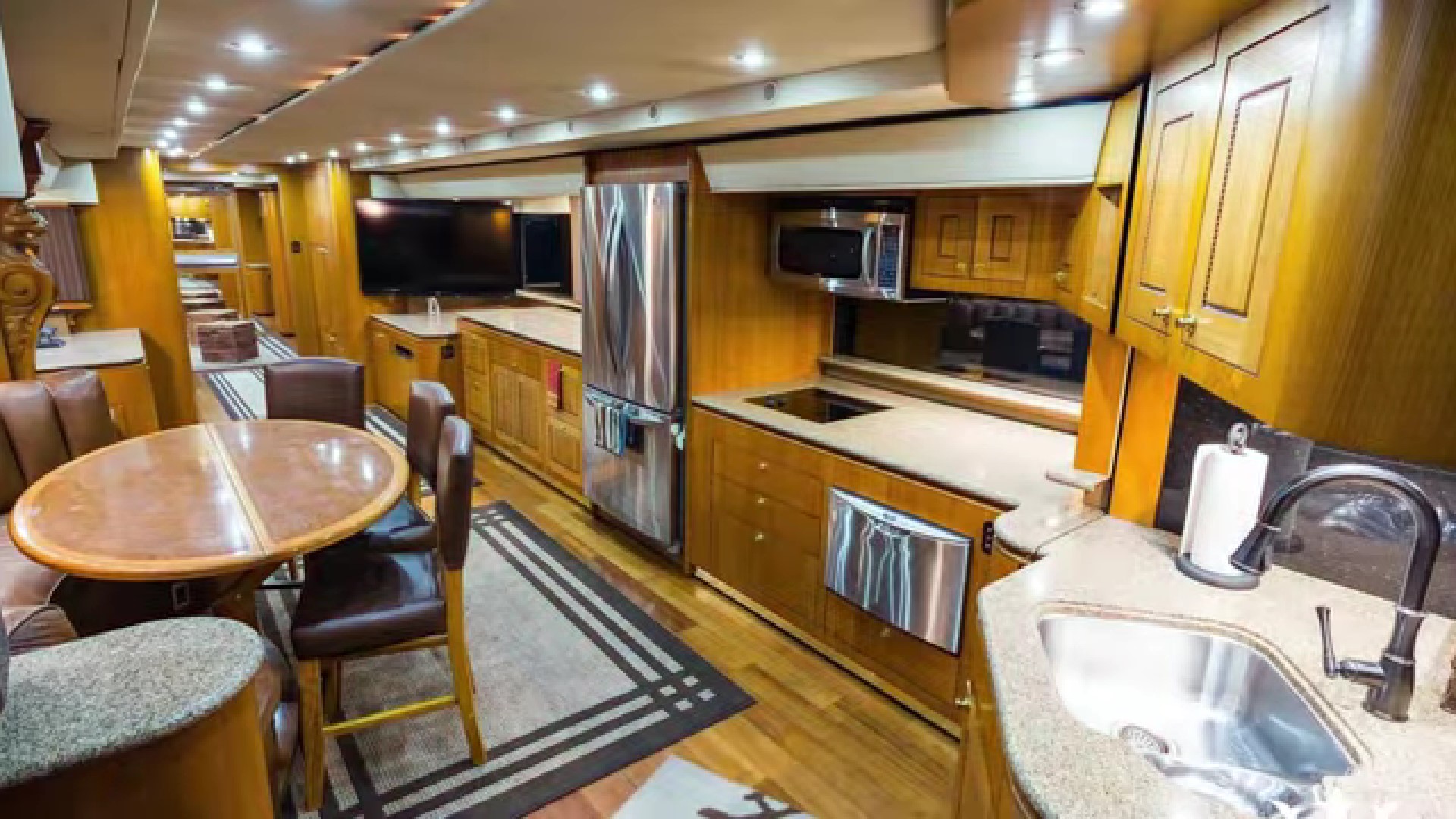 This trailer was commissioned by Will Smith who said he wanted something unique, to which Anderson responded, “I got it.” And, indeed, he did.

It has a screening room for dailies, a makeup room with a back door that allows people to come in and out of the trailer without ever stepping into the actor’s space, a bedroom, stairs, and a whole lot more. Impressively, all of it has to collapse in order to allow the trailer to be moved, so every door and appliance has to be as smart as it is luxurious.

To be sure, it’s big enough to put Tom Hanks’ enormous Airstream trailer to shame, though I still prefer the latter’s classic looks.