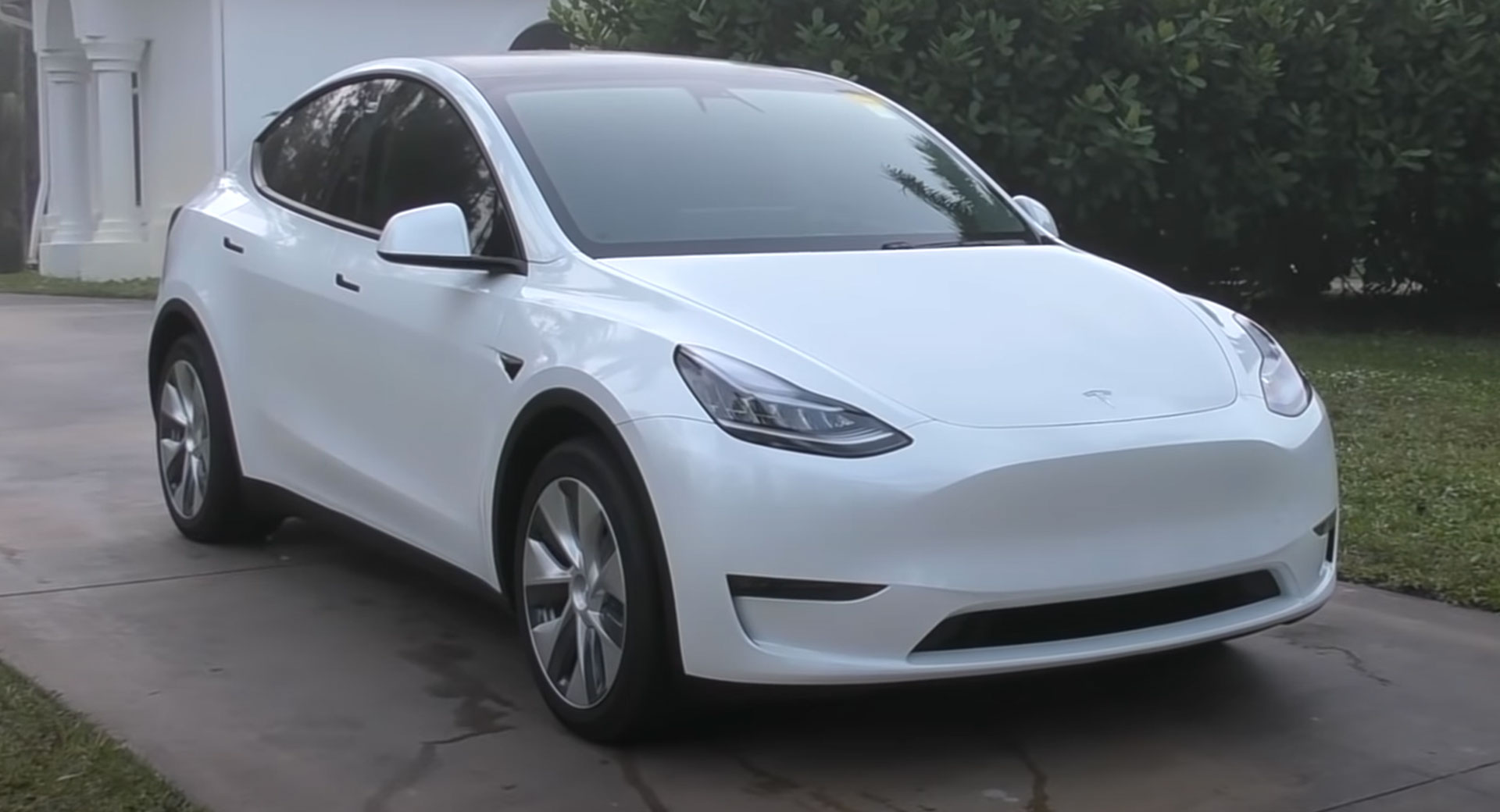 Elon Musk has made a bold prediction that the Tesla Model Y will become the world’s best-selling car and while many reviewers have praised the SUV since its launch, Bill, the man behind the hilarious Curious Cars channel on YouTube isn’t so fond of it.

The YouTuber, who also happens to be a used car salesman, consistently produces some absolutely hilarious reviews and this one is no different.

The first 5 minutes of the video showcase some of the weird features of the EV, including the Light Show feature that it recently received through an over-the-air-update. The proper review starts at around the 6-minute mark when the YouTuber promptly states that the Model Y “looks like a really fat guy wearing a sperm costume to a Halloween party.” He then adds that a friend has told him that the Model Y “runs on coal, has the carbon footprint of 51 Escalades, there’s a bunch of dead Chinese kids from mining [the] lithium…and [it has] the fit and finish of a Yugo.”

The rest of the review encompasses all other aspects of the Model Y and spends a particularly long time focusing on the massive infotainment screen and all the bizarre features that it has, including various video games that drivers can play while charging whereas ICE vehicle owners have “already gassed up and gone.”

If you have a spare 50-minutes, it is well worth watching the whole review but even if you don’t have that much time, it is still worth skipping through some of the sections.