In the world of customized BMW E28-generation 5-Series models, you’d be hard-pressed to find one quite as unique as this.

This particular E28 is an M535i and has been extensively modified by a British chap. It hasn’t just undergone comprehensive visual modifications but the powertrain has also been upgraded, ensuring that this is not a case of all show and no (extra) go. 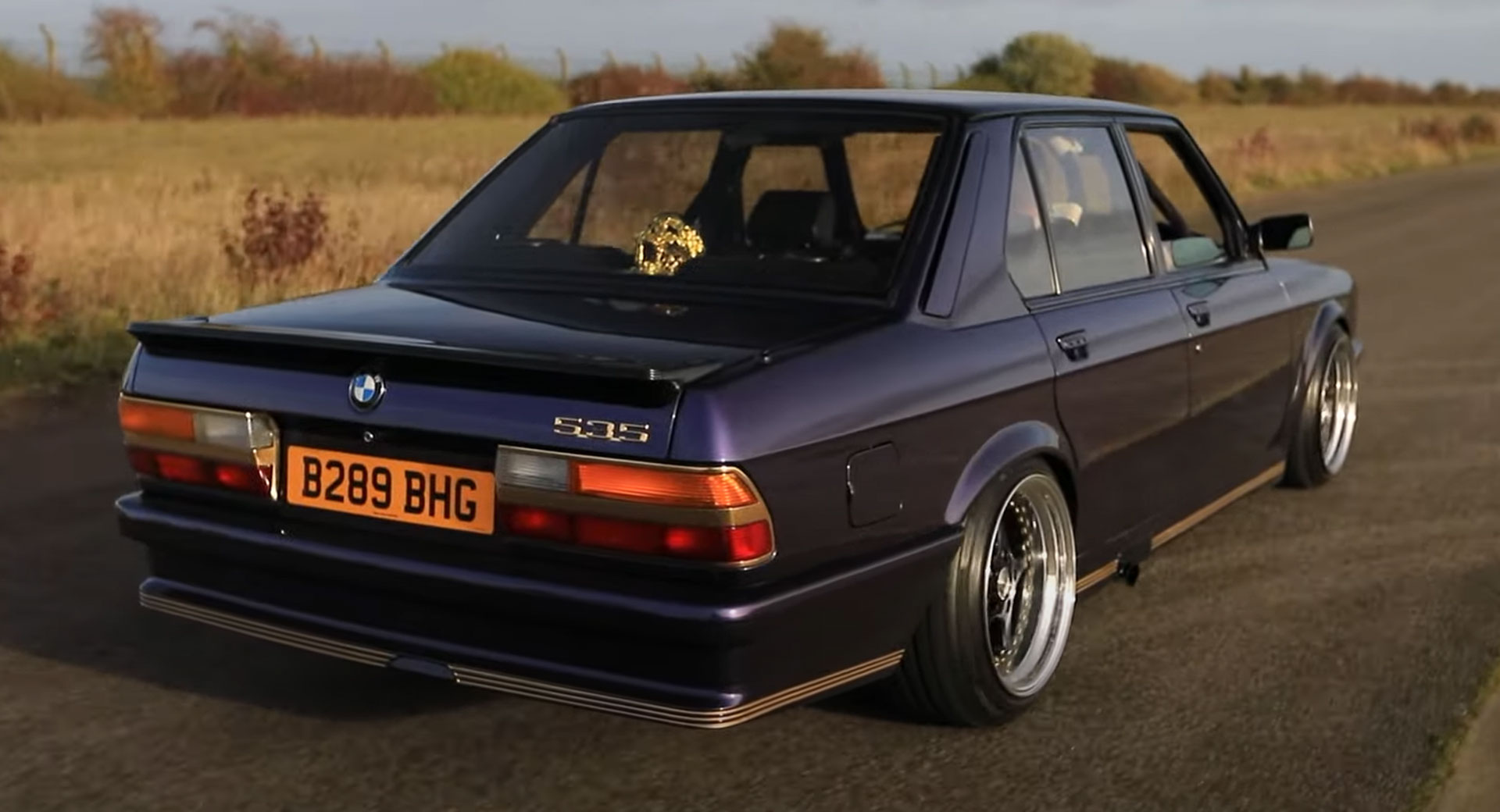 Immediately making the car stand out is the Amethyst shade of purple adorning the exterior. The 5-Series also sits on black, five-spoke wheels with chrome rims. It also features flared wheel arches neatly incorporated into the bodywork while various pieces of exterior trim are also clad in 24-karat gold, including the kidney grilles.

The engine bay is perhaps the pièce de résistance of the entire car. The M535i continues to be powered by a BMW engine but it has been extensively upgraded and now sports a large turbocharger. It also has a completely bespoke air intake system and various engine components are wrapped in 24-karat gold, including the turbocharger, strut-tower brace, and various pipes. As if that wasn’t enough, the owner has also equipped the BMW with a nitrous system and plans on adding a second turbocharger in the near future.

Various other upgrades have been made to the car. For example, it sits on an air suspension system that had to be custom-made to suit an E28. The interior has also been altered with a bolt-in roll cage, racing harnesses, and a plethora of purple accents.