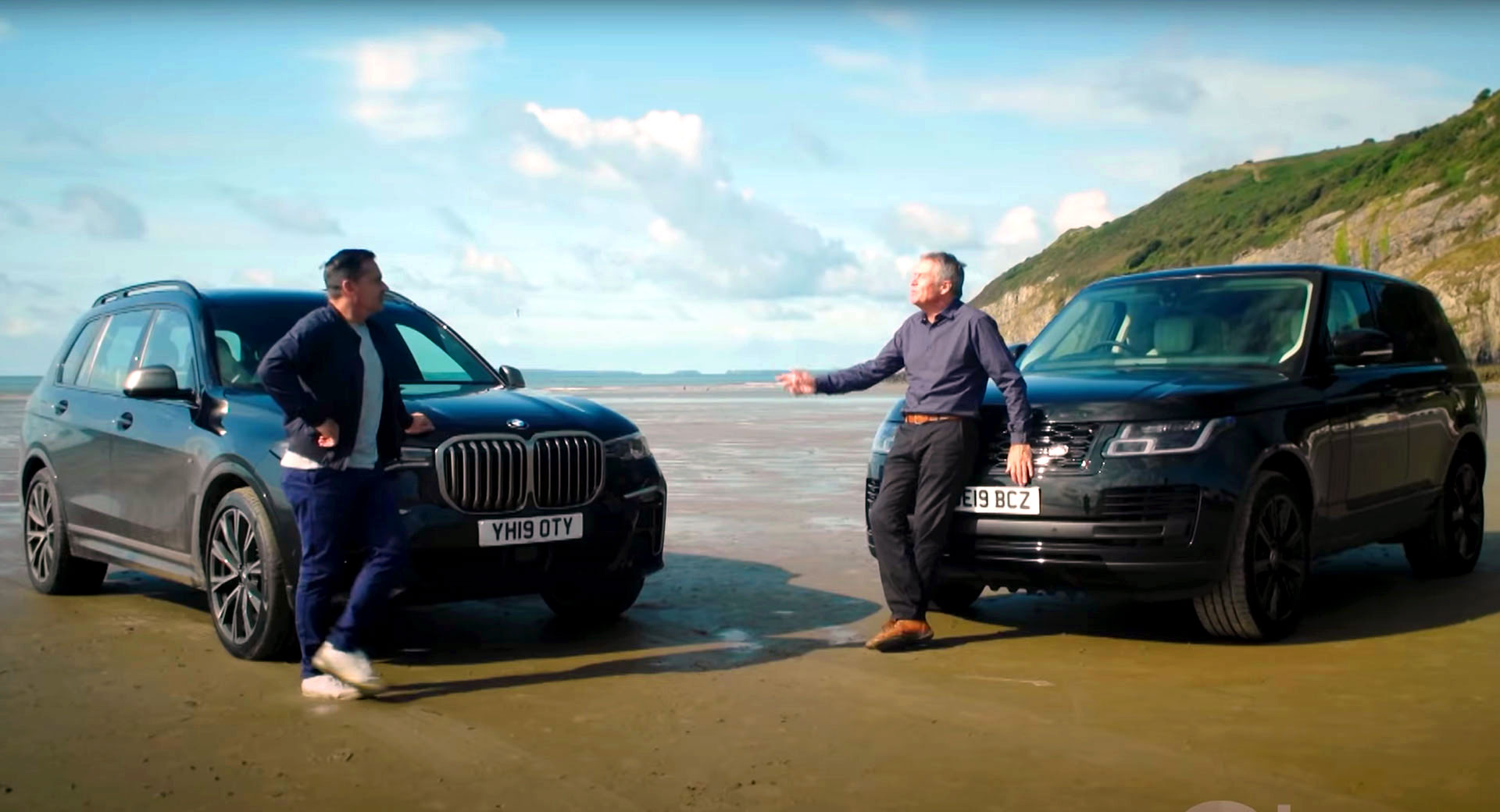 The all-new Range Rover promises to be better than its already pretty competitive predecessor but before it arrives in the hands of customers, Tiff Needell and Paul Woodman from Lovecars put the outgoing model to the test alongside a BMW X7.

The popularity of high-priced luxurious SUVs has skyrocketed in recent years and the BMW X7 and Range Rover Vogue are among the most popular options. This test is particularly comprehensive as it shows the duo being tested on a sandy beach, along some flowing country roads, and through an off-road trail.

Watch Also: The 2022 Range Rover Could Be The Ultimate Luxury SUV

Land Rover sells the Range Rover with a number of different engines and the example featured has a 4.4-liter diesel V8 producing 309 hp. By comparison, the X7 tested was an M50d variant, meaning it is equipped with a quad-turbocharged 3.0-liter inline-six pumping out 394 hp. Thus, when a drag race is held between the two, it comes as little surprise that the BMW leaves the Range Rover for dead.

Needell and Woodman then hit the open road and quickly conclude that while the Range Rover is beautifully equipped and very luxurious, it isn’t particularly enjoyable to drive. By comparison, the Χ7 is more enjoyable to drive in the road and is certainly the better driver’s car. However, how do they compare when you turn off the road and along some off-road trails?

The trail chosen wasn’t particularly difficult and both SUVs breezed through it. Of course, if needed, the Range Rover is much more capable when the going gets tough.