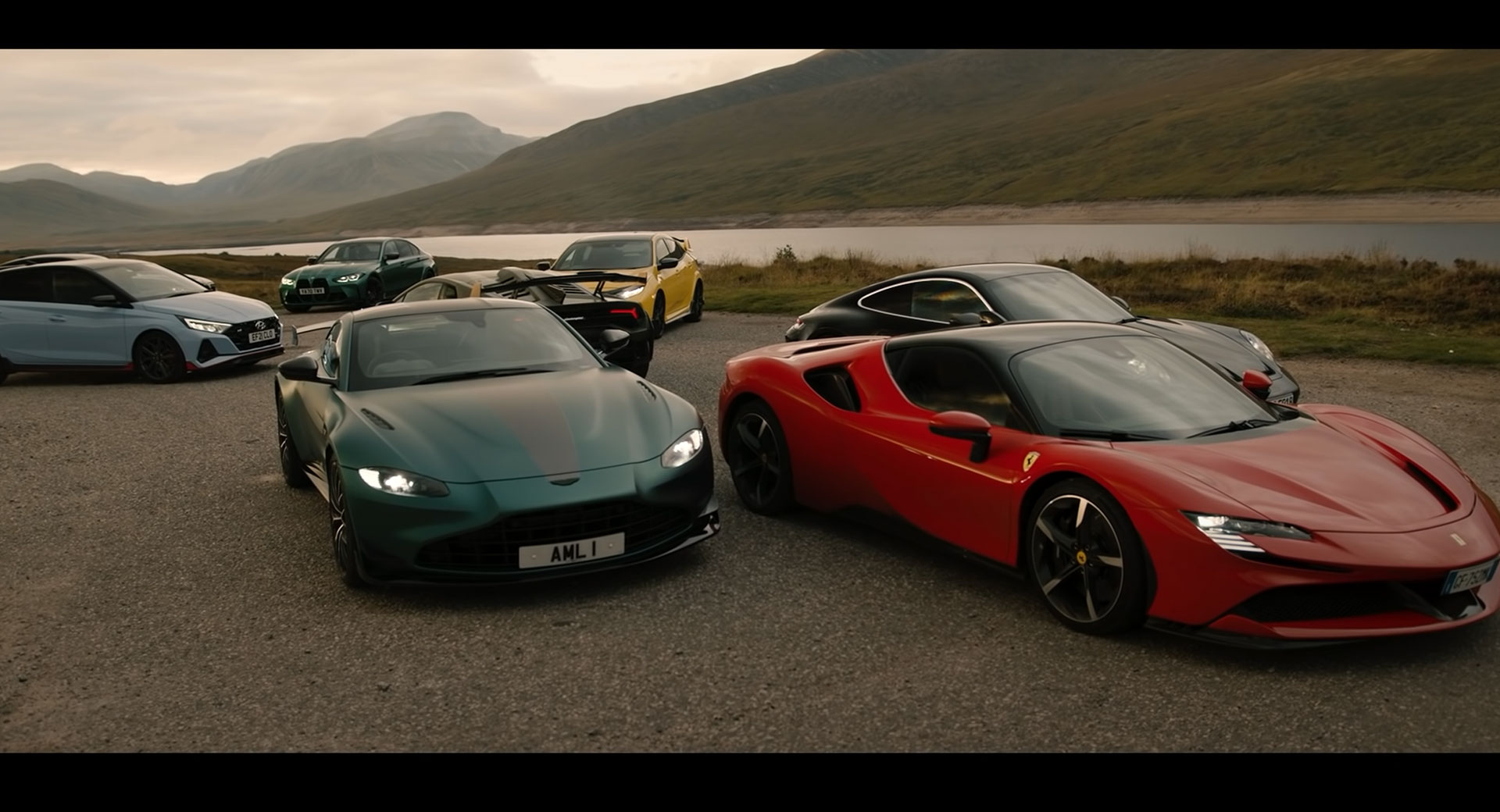 Every year, Evo Magazine’s Car of the Year test brings together some of the market’s finest performance cars. For this year, the Evo teamed headed to Scotland with eight very special cars and the BMW M5 CS emerged as the winner.

This year’s selection consisted of the BMW M3 Competition, Honda Civic Type R Limited Edition, BMW M5 CS, Lamborghini Huracan STO, Ferrari SF90 Stradale, Hyundai i20 N, Porsche 911 GT3 Touring, and the Aston Martin Vantage F1 Edition. The publication notes that a car has to be very special to be named as a contender in the Car of the Year test but some cars in this test separated themselves from the others.

After a week’s worth of testing, Evo Magazine narrowed its choices down to three finalists: the BMW M5 CS, Lamborghini Huracan STO, and the Porsche 911 GT3 Touring. The award is not given based on performance metrics but simply on the driving experience that each car provides. Seven of Evo’s journalists ranked every car out of 100 before an average was used to determine the winner.

Taking out top spot was the BMW M5 CS with an average score of 94.4, placing it ahead of the Huracan STO with 93.8 and the 911 GT3 Touring with a score of 92. The reviewers note that the M5 CS feels vastly superior to the M5 Competition in every single way and is one of the best M cars ever built.

Placing below the trio of finalists were the BMW M3 Competition and Honda Civic Type R Limited Edition, both with a score of 88.6. The Hyundai i20 N came next with a score of 88.4, followed by the Aston Martin Vantage F1 Edition with 86. In last place was the Ferrari SF90 Stradale with an average score of 83.7.