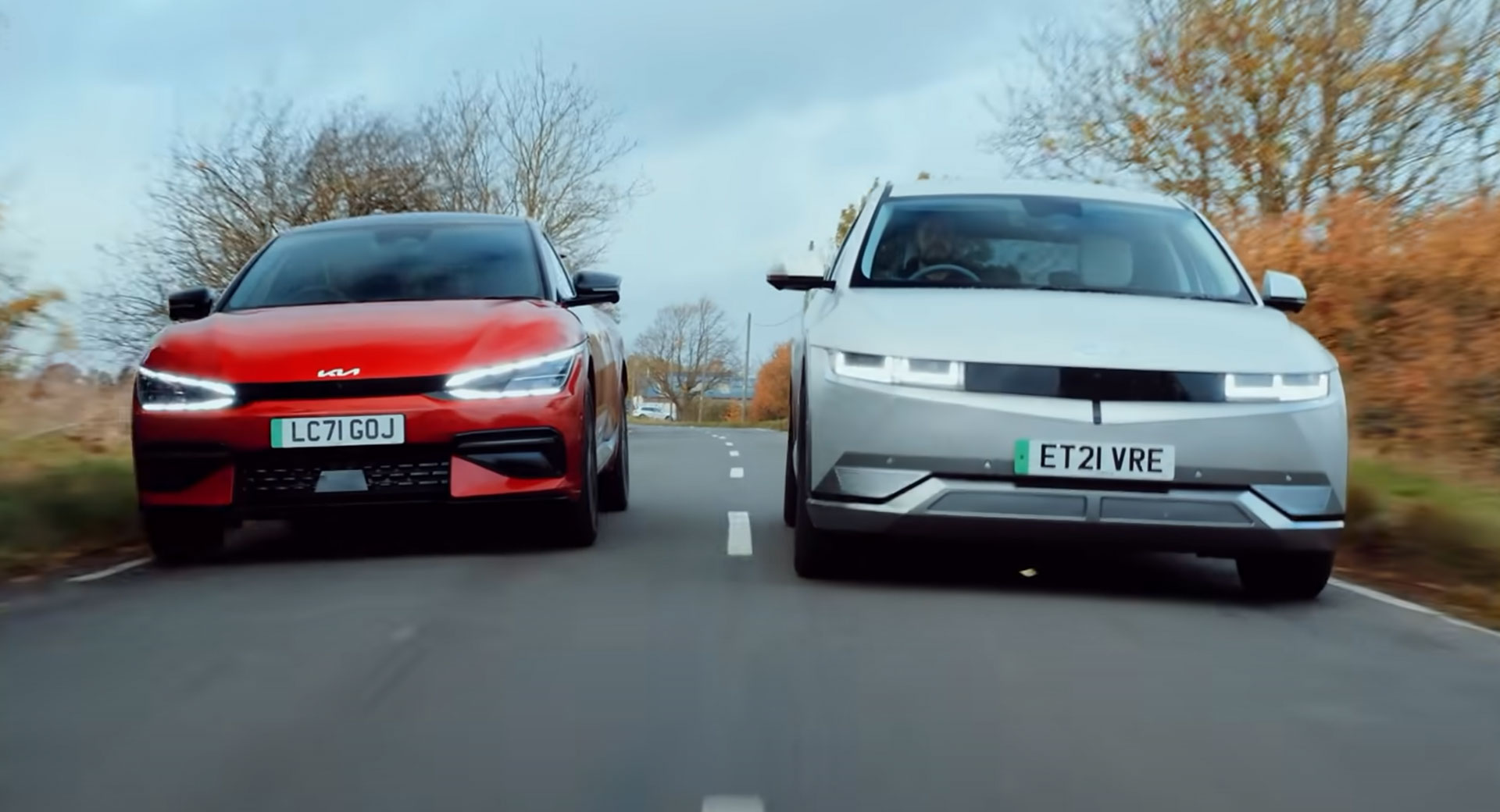 The Hyundai Ioniq 5 and Kia EV6 are based on the same platform and share many of the same technologies but as Rory Reid from AutoTrader recently discovered, they are far from identical.

While the Ioniq 5 and EV6 aren’t the first electric vehicles from Hyundai and Kia, they are their most serious attempts at rivaling current Tesla models and as we recently discovered in our review of the Ioniq 5, Hyundai has created one of the finest EVs on sale. According to Reid, the Kia EV6 could be even better than its Hyundai sibling.

Driven: The 2022 Hyundai Ioniq 5 Is Better Than The Tesla Model 3

It’s worth noting that this isn’t an apples-to-apples comparison between the pair as the Ioniq 5 tested was the entry-level model with a single 170 hp electric motor and a 58 kWh battery pack. The EV6 tested was the GT-Line model and has a larger 77.4 kWh battery pack, meaning it has almost 100 miles of more range than the base Hyundai.

The differences between the two continue into the cabin. The Ioniq 5’s interior is unlike any other Hyundai and has some innovative features like a sliding center console and a glove draw, rather than a typical glovebox. Interestingly, Reid notes that the EV6’s cabin feels slightly more premium than the Hyundai’s, even though it is a tad more conventional. He also says its second row is slightly more spacious than the Ioniq 5, despite the EV6 having a shorter wheelbase.

After heading out onto the road, Reid notes that the two feel very similar and drive almost identically. However, he does note that the seats of the Kia seem softer than those of the Hyundai.