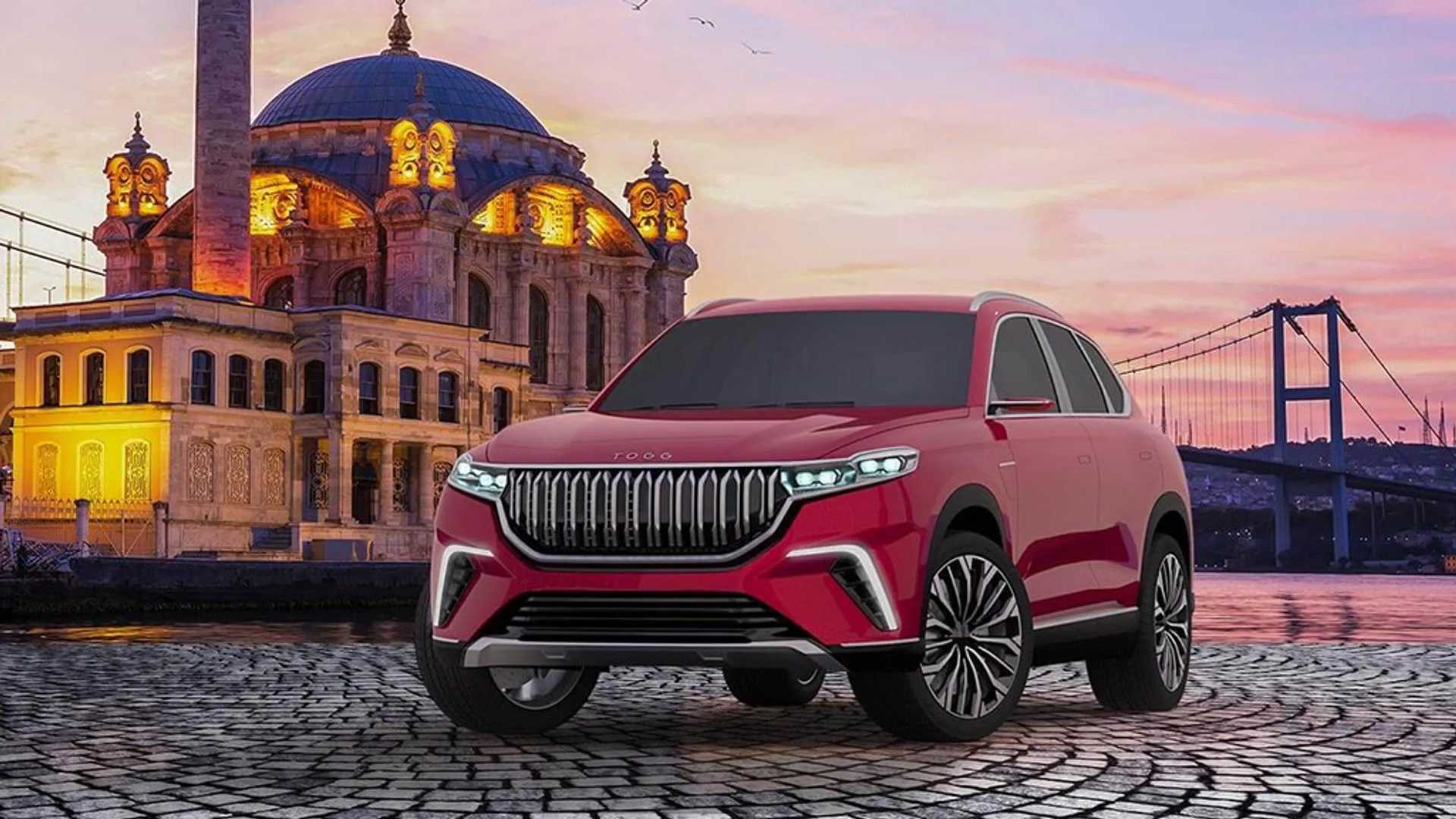 Our friend, Alex Guberman, host of the YouTube channel E For Electric, recently visited the Istanbul headquarters of TOGG, a Turkish electric vehicle startup, and produced the above video on his findings.

Guberman also had the opportunity to interview TOGG’s CEO, Gürcan Karakaş, and get a tour of TOGG’s factory which is still under construction in Gemlik, Turkey.

Very little is yet known about the company, or its first offering, a compact all-electric SUV but that is expected to change very soon as TOGG is having its world premiere at CES in Las Vegas next week.

TOGG hasn’t released any specifications yet, but the SUV looks to be roughly the same size of an Audi Q5 or BMW X3 and will sit in the compact-SUV category.

The interior of the TOGG SUV reminds us a little of the Byton M-Byte, with its end-to-end digital display.

TOGG has previously announced that there will be two battery pack options. The smaller pack option should offer about 300 km (186 miles) of range and the larger battery should provide about 500 km (310 miles) of driving range, based on the European NEDC cycle. However, in the video, Guberman only makes mention of the larger battery option and states that it should be EPA range rated at 270 miles. That lines up with what we would expect from a ~310-mile NEDC range rating.

We also understood that there was to be a real-wheel-drive standard configuration with 200 hp, and an optional all-wheel-drive layout that doubles the power to 400 hp. However, Guberman only mentioned what we believe is the higher-powered AWD version, and states that it will accelerate from 0 to 60 in 4.8 seconds. We’ll likely get all this sorted out next week during CES.

As for battery supply, Togg has formed a 50:50 joint partnership with Chinese battery manufacturer Farasis Energy and the new company is called Siro. Siro will initially develop and produce batteries in China but will switch to production in Turkey once the domestic manufacturing facility is ready.

So check out the video and let us know your thoughts on the EV startup. We’re hoping to set up our own interview with TOGG representatives at CES, so stay tuned for more news on TOGG coming up soon.