Built at the height of pony car mania, the 1969 Chevrolet Camaro ranks among the most highly regarded American cars ever made. And this one, being sold at Barrett-Jackson’s Scottsdale Auction, is kind of a two-in-one.

I say “kind of” because, although it comes with two engines, neither powers it. Built as a promotional display car and used by Chevrolet on the 1968 Motorama circuit to promote the 1969 model, the car has an interchangeable front end.

When displayed at Motorama, this “Double Header Car” could rotate and its front end swapped from a base six-cylinder model to an RS/SS 350 V8 at the press of a button. One of just two known to exist, this is the perfect cherry on top for the Camaro collector who has it all. 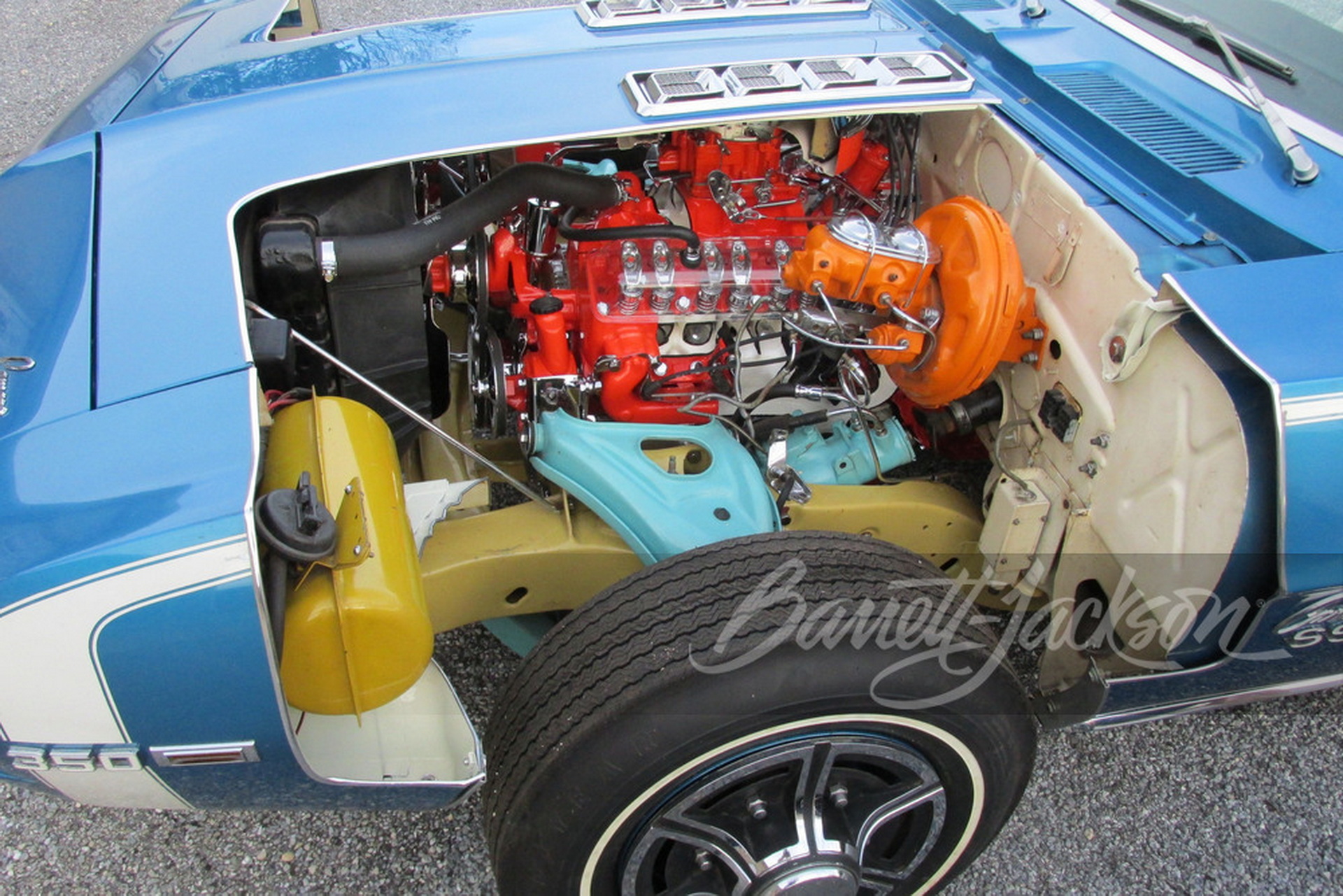 The car comes with both engines, but only the V8 is original. That’s because unfortunately, a prior owner didn’t much care for the straight-six and threw it away. Following a 10 year search, however, a replacement six-cylinder cutaway engine used for demonstration purposes by GM was found, restored, and installed.

As you might expect from anything this old, especially something that was displayed publicly, there are some signs of age, but they’ve been kept in an attempt to maintain originality. Despite its age, the title for this Camaro shows it as having just 2.4 miles (3.8 km) on it.

Fortunately, it won’t be very hard to keep mileage low since the engines don’t run. The Camaro doesn’t have doors either, a decision GM made to allow visitors at its exhibits to peer inside the new car unobstructed.

Barrett-Jackson’s Scottsdale Auction is set to run from January 22-30, 2022. This lot is offered with no reserve and along with the car, the winner will also get some of the original blueprints and wiring schematics for the display, as well as a Jerry MacNeish Certificate of Authenticity.