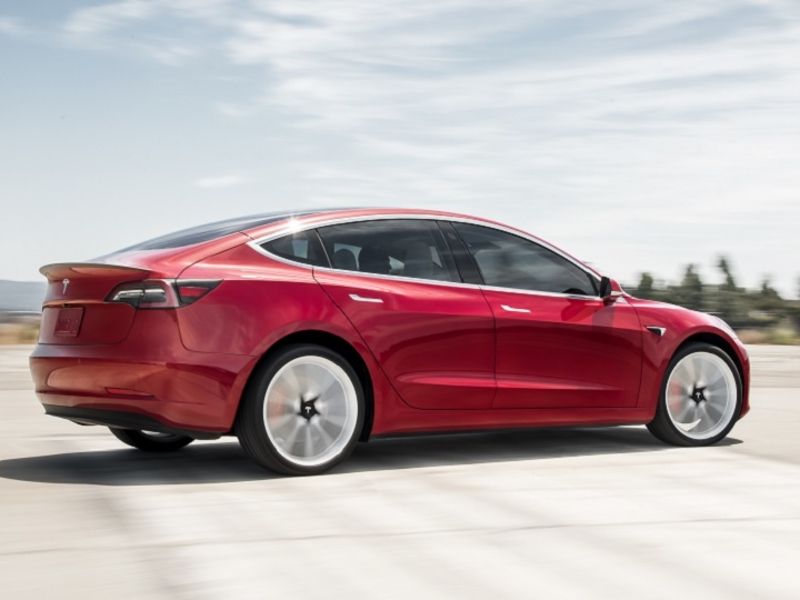 Sales of the Model 3 jumped 84 percent to 113,397 through November, according to data from JATO Dynamics market researcher.

The Model 3 last topped the European EV charts in 2019. In September, the compact sedan was the first full-electric car to become Europe’s best-selling car overall for the month, outperforming regular topsellers with internal combustion engines such as the VW Golf and Renault Clio.

The market share of EV sales in western Europe will reach a record of 11 percent for 2021, predicts Matthias Schmidt, author of the European Electric Car Report.

The figures are “far higher than originally forecast” — in part because of the microchip crisis, Schmidt told Automotive News Europe.

The companies risk missing their regulatory goals because they are prioritizing expensive, higher margin cars with higher emissions amid the shortage of semiconductors.

“In a normal year, the BEV volumes would have equated to just over an 8 percent mix,” Schmidt said.

Tesla will be the No. 1 selling EV brand in western Europe this year with sales of about 170,000 units, Schmidt forecast.

However, Volkswagen Group, whose VW, Audi, Skoda, Porsche and Cupra brands all sell full-electric cars, will be the dominant EV company at around 300,000 sales, with Tesla second and Stellantis third, Schmidt said.

Tesla’s final figure will include the Model Y SUV, which boosted the automaker’s sales in Europe in the second half with imports from China. The Model Y outsold both the VW ID3 and ID4 in November.

Renault-Nissan’s position had slipped to fourth in terms of European EV sales in October, Schmidt’s data shows, but the alliance is seeing strong demand for the Dacia Spring full-electric small budget hatchback imported from China.

The Spring recorded registrations of 5,881 in Europe in November, according to JATO figures, more than the Model Y or ID3, thanks to strong demand in markets such as Italy.

Tesla will finish the year with an overall market share in western Europe of 2 percent, Schmidt forecast, more than double its 2020 share of 0.9 percent and above Jaguar Land Rover.