While most people would think that buying a flood-damaged Bentley wouldn’t be worth the hassle, this particular 2021 Bentayga Speed with water damage was recently sold by Copart.

The white 2021 Bentley Bentayga Speed was sold with a salvage title in New Jersey. The listing notes that the SUV has water/floor damage and while no specifics of the damage caused are provided, images show that the vehicle’s digital instrument cluster and central infotainment screen continue to work, so the water damage may not be catastrophic.

Read Also: Bentley Bentayga Extended Wheelbase Heads Back Out There For More Testing 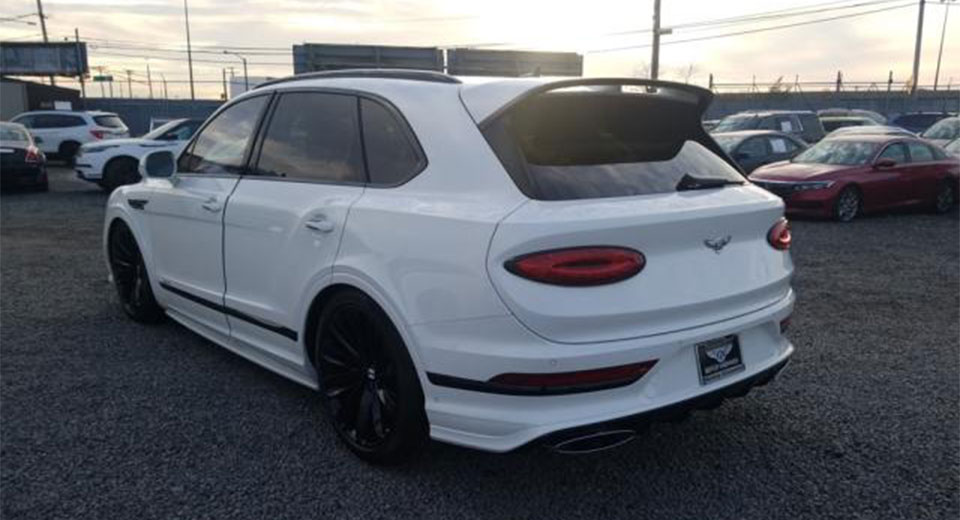 Dealing with a flood-damaged car with a salvage title can cause all kinds of headaches but perhaps one of the reasons why this Bentley was quickly sold is the fact that it has just 22 miles on the clock. We don’t know how much the SUV sold for but the listing says it has an estimated retail value exceeding $300,000, so whatever the sale price was, the new owner probably thinks they can repair it and turn a nice little profit.