A dangerous criminal act was caught on camera in a gas station in Shenzhen, China, when a man set fire to a third-generation Porsche Cayenne during refueling and while a woman was inside the vehicle. Thanks to the quick acts of the personnel, no one was injured, while the suspect was arrested by the police.

As the CCTV footage shows, the incident took place on December 16 at 15:00 o’clock. A man wearing a gray jacket can be seen taking the nozzle off during refueling and pouring plenty of gasoline on the vehicle before igniting it with a lighter. The flammable liquid immediately sets the Porsche on fire, as the perpetrator flees the scene.

A bystander who witnessed the whole incident didn’t waste any time and helped the woman out of the car, taking her to a safe place. At the same time, gas station personnel used fire extinguishers to put off the fire and prevent any further damage to the vehicle or the premises.

As reported by Daily Mail, the perpetrator was arrested by the police who are currently investigating the incident. While the circumstances are still unknown, criminal behavior like this should not be tolerated as it puts lives in danger.

Watch Also: Finns Blow Up A Tesla Model S With 30kg Of Dynamite And An Elon Musk Doll In The Driver’s Seat 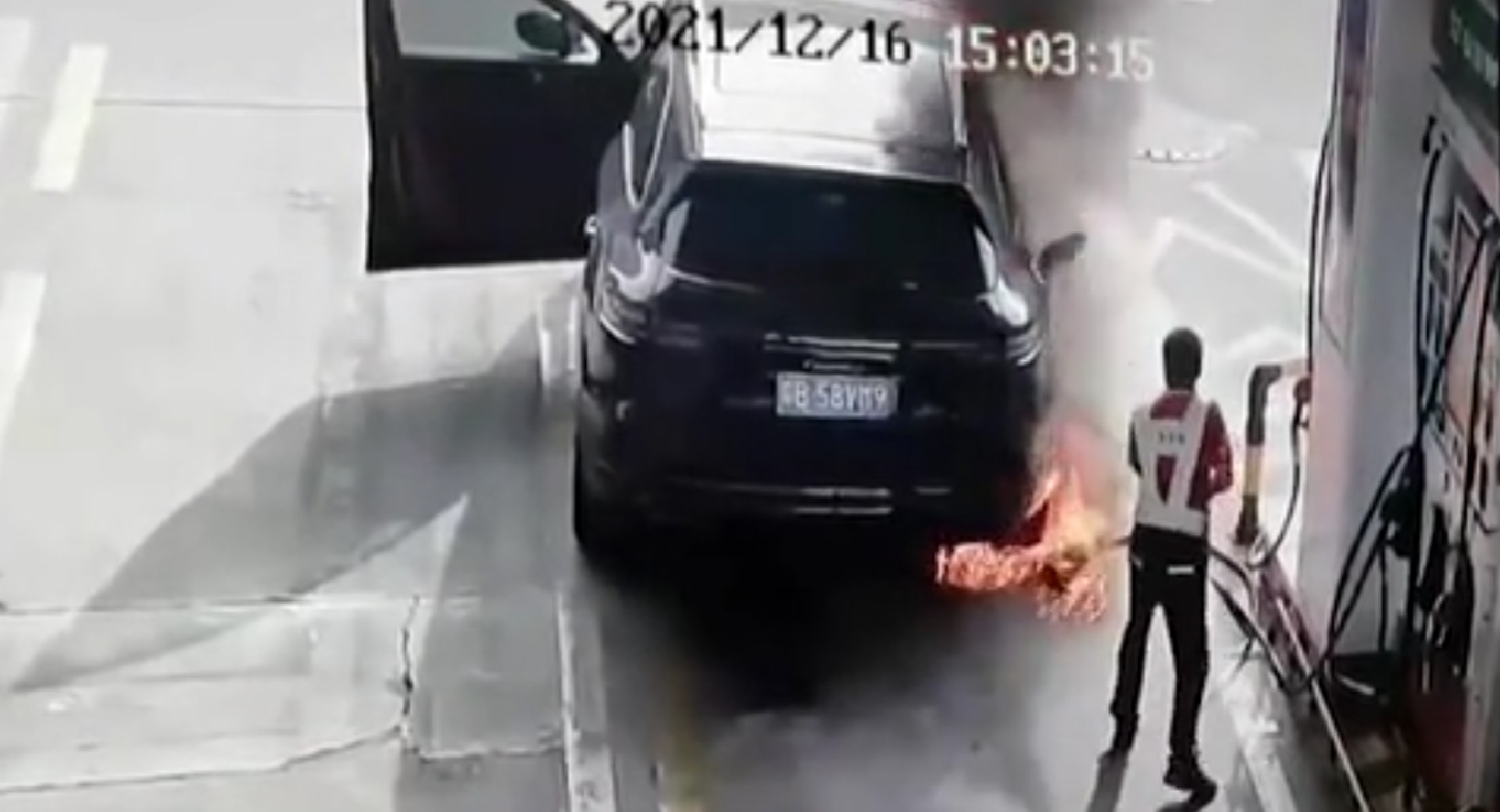