People can come up with all sorts of excuses in order to avoid paying fines even worse, being arrested. A Mercedes C-Class driver who was caught by the German police with several allegedly illegal modifications on his vehicle told officers that he had just purchased the vehicle and had no idea about the mods.

As noted in a social media post by the Berlin Police, the incident took place on December 16. According to the report, the C-Class had an engine that was leaking oil, damaged rims with different tire profiles, an unregistered rear spoiler (don’t be alarmed, those were the collective ‘huhs?’ from Reddit’s Shitty Mods thread) and a poorly installed front splitter. The officers also took notice of a “loose cable” lying inside the car.

See Also: Woman Caught Speeding In Her Mercedes-AMG G63 Claims She Absolutely Had To Go To The Loo 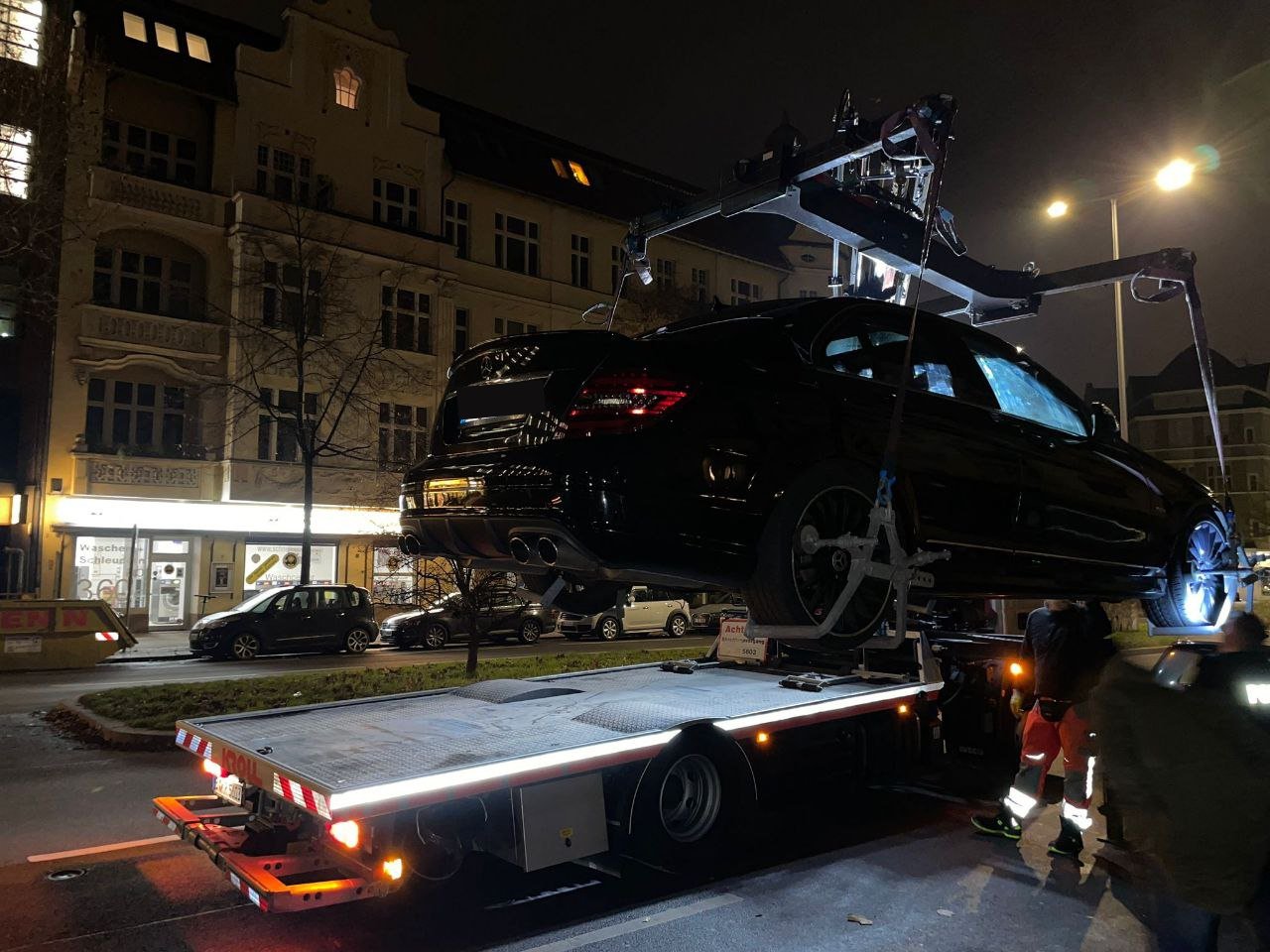 When asked about his vehicle, the young man said: “I only purchased the vehicle half an hour ago, I have no idea”. He failed to convince the German police officer though who seized the vehicle on the spot.

While we can’t be sure about the extent of modifications on the vehicle, the rear diffuser and the quad exhaust pipes suggest that this could be a pre-facelifted Mercedes-AMG C63 (W204) that was sold between 2008 and 2011. In stock form, the C63 was fitted with a naturally aspirated 6.2-liter V8 producing 451 hp (336 kW / 457 PS) and 600 Nm (443 lb-ft) of torque although we don’t know if this was the allegedly oil-leaking unit.

The modified Merc was seized during a large-scale operation in the Tempelhof-Schöneberg and Steglitz-Zehlendorf regions with a focus on illegal tuning and street racing.