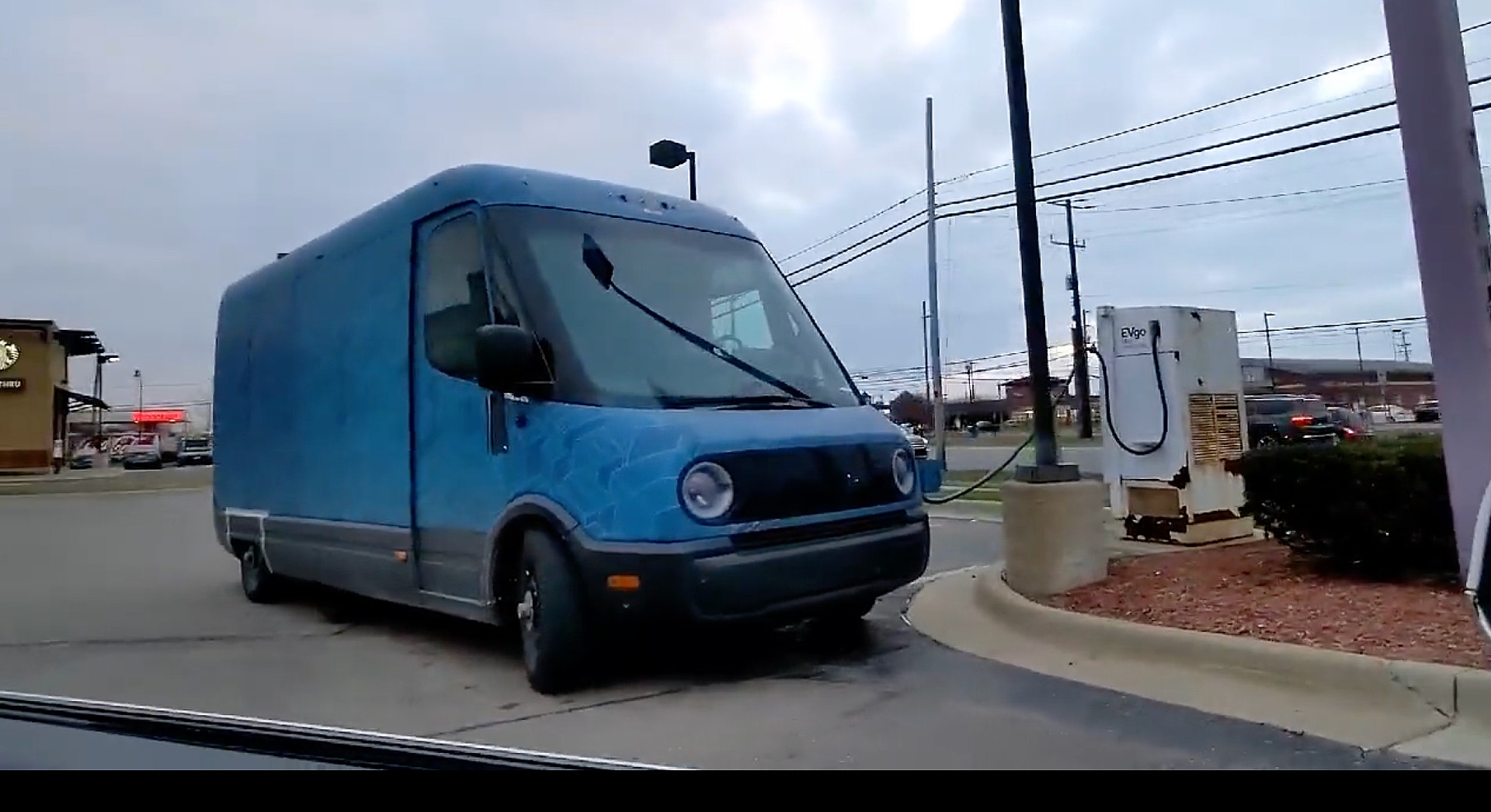 A recent sighting of the Rivian Amazon delivery van in Woodhaven, Michigan, revealed something quite surprising about the all-electric cargo carrier. While the van itself looks sleek and futuristic, it is also incredibly large — a bit daunting, even.

A short video of the Rivian delivery van in an EVgo charging station was recently posted on Twitter by EV advocate @MissGoElectric, who was driving in her Tesla Model S when they came across the rare vehicle. Upon approaching the delivery van, the electric car enthusiast was surprised to see just how tall and large the vehicle was.

Granted, the video was taken from a Tesla Model S, a sedan that’s very low on the ground. Despite this, one could see that the Amazon delivery van is nothing to scoff at. From an angle, Rivian’s electric van almost looks like a baby semi truck, with its tall doors and spacious cabin. It does, if any, show that Rivian’s niche today really lies in trucks, whether they are used for adventure or utility.

The specs of the Rivian Amazon delivery van actually hint at the vehicle’s generous size. Based on the company’s VIN filings to the NHTSA, the delivery van would likely be released in two variants: one that can accommodate 500 cubic feet of cargo and another that has a capacity of 700 cubic feet. Speculations have surfaced that Rivian would eventually release a 900 cubic foot variant in the future as well.

Rivian might focus its production capabilities on its all-electric delivery van in the near future, so sightings of the hulking vehicle might increase over the next few months. After all, Rivian has a lot of delivery vans to produce for Amazon, since the e-commerce giant ordered 100,000 units of the vehicle to be delivered before the end of the decade.