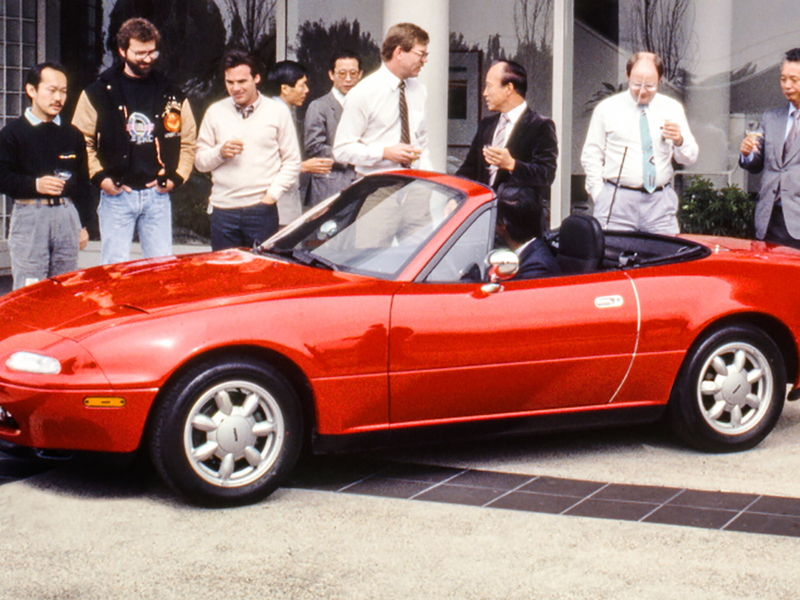 Shunji Tanaka, a key designer of the iconic Mazda Miata, has died. He was 75.

Tanaka led the exterior and interior design of the Mazda MX-5 Miata, a lightweight Japanese roadster inspired by postwar-era British sports cars. The car went on sale in the U.S. in May 1989 with a starting price of $13,800 and a 1.6-liter four-cylinder engine with 116 hp.

The roadster, which featured a lightweight aluminum hood, weighed a feathery 2,116 pounds and could hit 60 mph in less than nine seconds.

Though annual U.S. sales have declined as convertibles have fallen out of favor with consumers, the car remains a key part of Mazda’s identity. In 2019, Mazda celebrated the MX-5’s heritage with a 30th anniversary special edition.

Following his stint at Mazda, Tanaka joined Kawasaki, where he designed motorcycles.