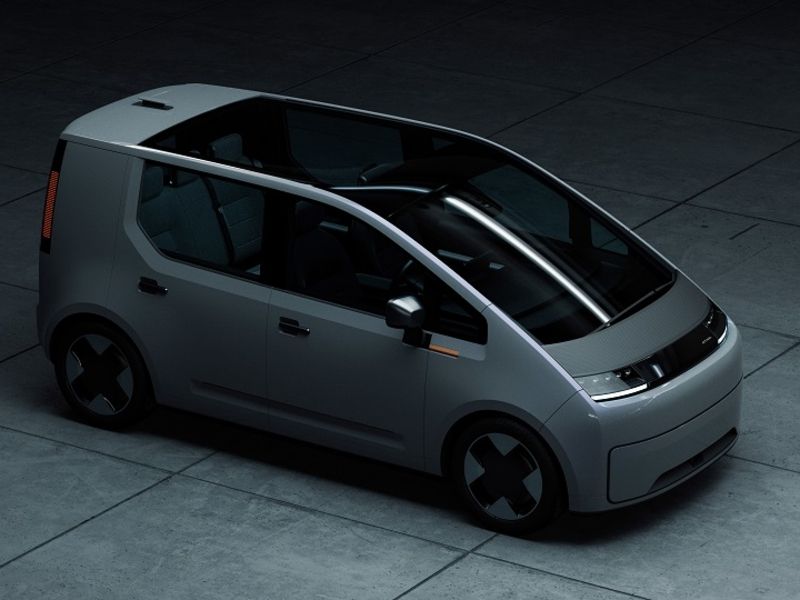 UK-based electric vehicle start-up Arrival has shown off the minivan styling of its planned car aimed at drivers of ride-hailing taxis.

The design of the car has been optimized with the help of drivers from Uber to ensure a more comfortable experience for both driver and riders, Arrival said.

The resulting prototype model is “affordable, durable and great to look at,” said Tom Elvidge, head of vehicle platforms at Arrival.

The car has “exceptional visibility and comfort,” Arrival said in a statement.

Its long windscreen continues into a panoramic sunroof to increase the feeling of airiness in the cabin. The rear seats are pushed back to give “more legroom than a Rolls-Royce,” Elvidge said in a YouTube videofor Uber drivers.

The front passenger seat folds down and slides under the dashboard to further increase rear legroom or allow room for a bag. The trunk designed to accommodate two large and two small suitcases.

The infotainment screen in the center of the dashboard concentrates the car’s controls as in Tesla models to reduce physical buttons. The driver sits higher than in a regular car to give a better view, the company said.

“The dozens if not hundreds of minor improvements that together can make the whole experience completely different not only drivers for their passengers,” Elvidge told Automotive News Europe in an interview in May.

Arrival gave no details about the car’s size, electric drivetrain or price.

The car is due to go on sale in 2023, which means it needs to be developed at a fast pace. The company said its ‘alpha’ prototype was built in six months.

Uber has committed to making all its journeys in London electric only by 2025, meaning Uber’s drivers must switch to battery-powered cars. It has also promised that 50 percent of all journeys will be electric in six additional European cities, including Berlin, Brussels, Amsterdam, Paris and Madrid.

Arrival has an order for 10,000 vans for United Parcel Service (UPS) with the option of a further 10,000. UPS also owns a stake in Arrival.

Arrival will build vehicles in smaller scale ‘microfactories’ with modules mostly assembled off-site and brought together in the micro plants.

Arrival initially focused on electric vans and buses before announcing in May that it would add a car in May 2021, two months after it went public in the U.S. via a merger with a special purpose acquisition company (SPAC) in March.