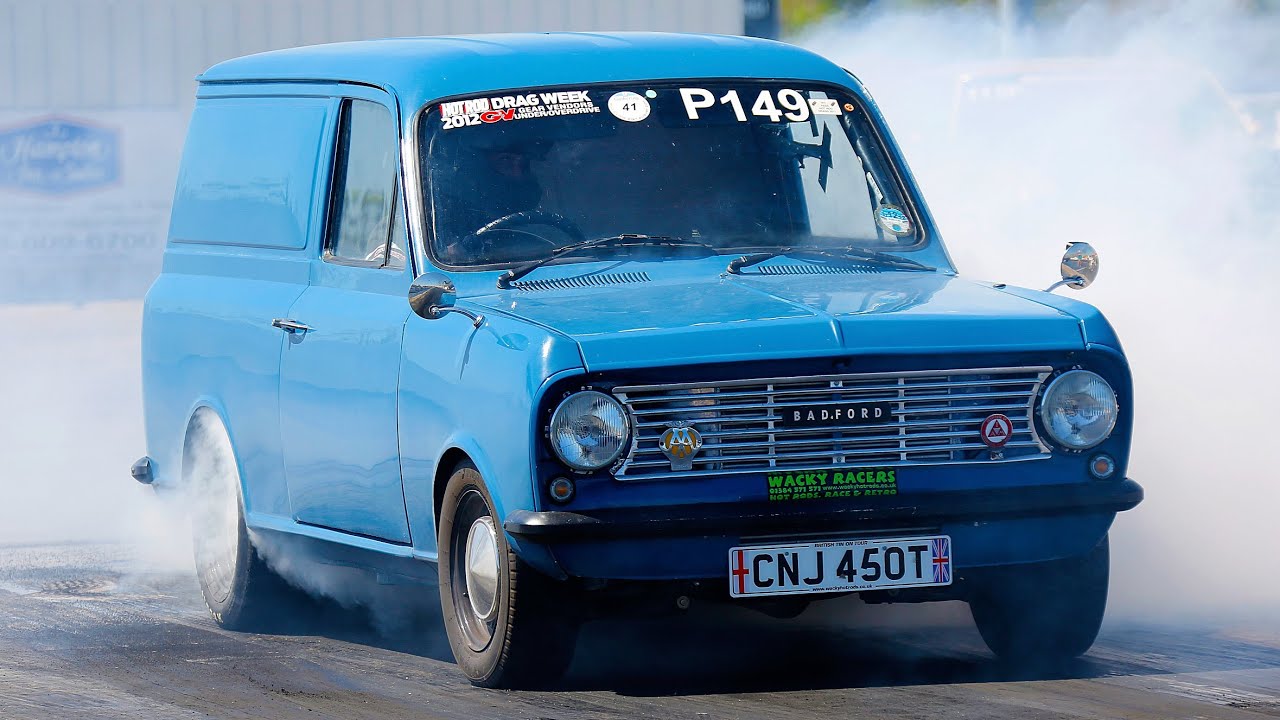 Videos
Share on Facebook
Share on Twitter
Share on Pinterest
Share on LinkedIn
HOT ROD Drag Week is the event where racers compete and five drag races at four different drag strips in five days, driving their competition cars on the street from track to track. At the 2012 event, presented by Gear Vendors, 180-plus cars drove 1,400 miles, starting and ending in Tulsa, Oklahoma. This is the ultimate test of the quickest real street cars, and racers battle mechanical problems and sleepless nights just to finish.

Now imagine how difficult that would be if you had never been to the US, you shipped your car from another continent, drove it 600 miles to the start of Drag Week, and raced the whole five days. And your car is a Bedford van that you handbuilt with a turbo four-cylinder that runs 11.50s at 120 mph in the quarter, and there’s a not a single part for it that you can buy in America. Now imagine doing all that while helping other racers at every step along the way, with a smile on your face the whole time. That was Mick “Wacky” Wilkes from England, who was the 2012 winner of HOT ROD Spirit of Drag Week award, an honor that the magazine and the racers take very seriously.

When Drag Week was done, Mick and his girlfriend Deb hit the road again, traveling all of Route 66 until they wound up at the HOT ROD magazine office in Southern California. Watch this episode of HOT ROD Unlimited to see their adventure.

Subscribe now to make sure you’re in on all the action!
http://www.youtube.com/subscription_center?add_user=motortrend