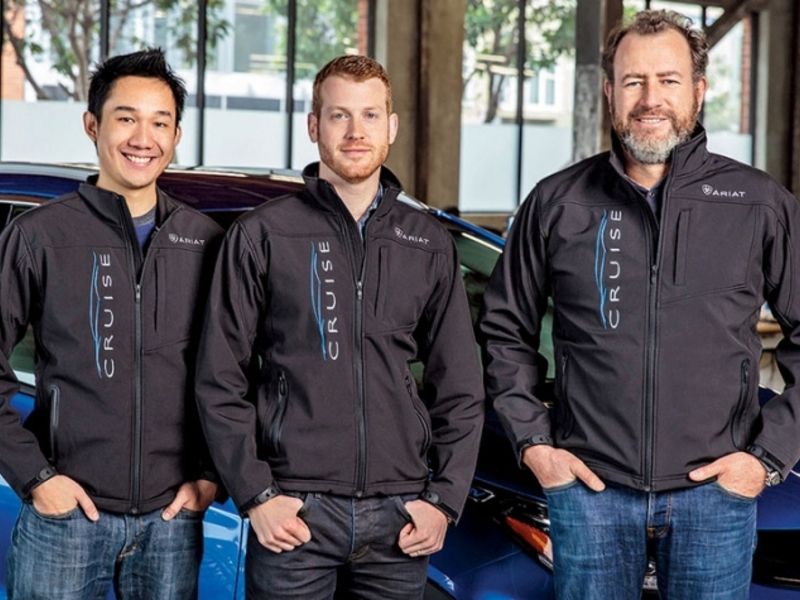 DETROIT — Cruise LLC CEO Dan Ammann had a slate of meetings on Dec. 16 when he got an early afternoon call from General Motors CEO Mary Barra. She told Ammann he was being dismissed from the robotaxi startup that GM controls through a majority stake, people familiar with the events told Bloomberg.

What seemed abrupt to outsiders and people working at Cruise had been building for months. The two executives didn’t agree on how to focus the breakthrough self-driving technology that the Silicon Valley unit is preparing to launch with a taxi service.

Barra and GM’s board were pushing a grand vision that included transferring that knowledge to create luxury Cadillacs, self-driving cars sold at retail or delivery vehicles for GM’s new electric-van business. The opportunities, and their potential value, were immense.

Ammann — a star in his own right who once competed with Barra to run GM — was open to all of those things eventually, but he disagreed on some key points. First, he thought Cruise needed to focus on starting its taxi business before spreading its resources. Second, he wanted Barra and GM’s board to take Cruise public sooner rather than later, giving it stock to lure the rare talent that can program cars to drive themselves, said two people familiar with his thinking.

Ultimately, the dispute was about control: In the vision shared by Barra and the board, keeping Cruise in-house gave GM both a high-margin robotaxi business and more direct access to the company’s resources to make other autonomous vehicles and services. Cruise could also enhance GM’s own assisted-driving features. People didn’t think the collaboration was smooth enough. If Ammann prevailed, there would be the further complication of public stakeholders in a new company to consider, not just the strategic interest and shareholder value of GM.

Ammann, 49, discovered the hard way that Barra and her board call the shots, even though Cruise is legally a separate entity with other private shareholders besides GM. When he didn’t fall in line with that vision, it was over. How it all went down is instructive to how Cruise will be an integral part of GM and how it will probably be managed when Barra finds a new CEO.

The split is an end to a long relationship between Barra and Ammann, who were the finalists for the top job at GM when Dan Akerson was looking for his replacement before retiring in 2014. Before GM’s board decided on Barra, the two candidates approached the directors and said that whoever didn’t get the top job would stay and work with the new CEO, said several people familiar with the matter who asked not to be named. Afterward, they worked in lockstep when cutting weak businesses and acquiring Cruise.

In recent months, the pair of executives started to see more and more aspects of Cruise differently, the people said. If Ammann wanted, for example, to expand robotaxi services to other cities after San Francisco, did he need GM approval to start laying that groundwork? More and more, the answer was “yes” and GM was exerting its influence over the startup.

They were consulted about the management change and didn’t object, two of the people told Bloomberg.

It was a quick fall for Ammann, who didn’t return a phone call or email seeking comment from Bloomberg.

Ammann had a starring role in October at GM’s investor day, when Barra made a case that GM could double revenue to $280 billion by 2030. He laid out how the company would start its self-driving taxi business soon and grow revenue to $50 billion in the next seven years. Margins could be 40 percent.

Tension had been building for some time but the drama started amping up after a Cruise board meeting on Nov. 2. That’s when Barra made it clear that Cruise’s mission, in addition to its taxi business, was to develop technology for GM and create value for its shareholders.

An IPO was not in the offing.

Even though Ammann wasn’t completely aligned with that vision, Barra left the meeting feeling that the matter was settled, two of the people said.

Cruise’s technology would serve as a platform for GM autonomous vehicles and services the same way the Ultium battery serves as a platform for many EVs and the Ultifi software system will provide different connected services for GM vehicle owners. GM has been pressured by investors to spin out Ultium as a separate business, which Barra doesn’t want.

After the November meeting, Ammann continued to try to make his case for an IPO and to have a bigger handing in deciding where the company would focus its resources. He was certainly willing to work on other projects with GM, but stressed the importance of letting his robotaxi plans remain the priority, which would push out the timing of other self-driving applications, two of the people said. Conversations were tense and leaders at GM felt collaboration was too challenging with Ammann in charge, they said.

Ammann was still in the job after GM’s board meeting on Dec. 7. It was after that when Barra made the decision, consulting with both boards before make the move, two of the people said.

In a sign of the inner turmoil, GM initially put out a press release at 4 p.m. Dec. 16 before quickly pulling it off the internet while Barra addressed Cruise’s staff.

Vogt, Cruise’s founder, chief technical officer and now acting CEO, put Barra on speaker phone. He thanked Ammann for his service and Barra told Cruise managers that GM remained committed to the mission of developing self-driving cars. She said the company would find a first-rate CEO and that the company was special and deserved a special leader, two of the people said.

One idea that had been floated was to make Vogt the CEO. He refused. Then there was a discussion about making Cruise’s COO Gil West either CEO or co-CEO with Vogt. West, who had joined the company in January after leaving Delta Air Lines, also declined, two of the people said. He said it would be best if Vogt led the company that he founded.

When the full press release was eventually circulated, it was devoid of any praise for Ammann: “General Motors Co. announced today that Dan Ammann, Chief Executive Officer of Cruise, is leaving the company. Kyle Vogt, Cruise President and Chief Technical Officer, will serve as interim CEO.” By contrast, when former CFO Dhivya Suryadevara left GM for financial-technology startup Stripe, Barra lavished her with praise.

It’s an ignominious end for Ammann’s decade of work at GM. He was part of Morgan Stanley’s restructuring and IPO team and later joined the automaker as treasurer.

He climbed to CFO before being named president on the same day Barra was promoted to CEO. He played a big role in downsizing GM’s money-losing overseas operations, including Opel in Europe. That global restructuring has been a hallmark of Barra’s tenure and a big reason the company has grown profits.

Ammann was central in buying Cruise, and Barra sent him to run it two years ago. The self-driving taxi startup has applied for permission from the California Public Utilities Commission to start charging for rides in autonomous vehicles that have no safety driver. Cruise also plans to launch a service in Dubai in 2023.

When Barra sent Ammann to Cruise, the company gave him a compensation package that provided incentive to sell the company or execute an IPO. Ammann stood to get an estimated $25.6 million in restricted stock if Cruise was sold or went public, and he’d get 101,000 warrants in the self-driving startup.

That showed that GM’s board wanted an IPO at some point, but nothing very soon. When asked about taking Cruise public on the company’s third-quarter earnings call, Barra was non-committal and said the close relationship was an advantage.

With Cruise, “the vertical integration with GM is a key differentiator,” Barra said. “The message on Cruise is we’re well-funded and we have rapid commercialization plans in front of us, and that’s the play we’re executing. And over the longer term, the board will look at what best enhances the overall value creation and shareholder value for the GM shareholder.”