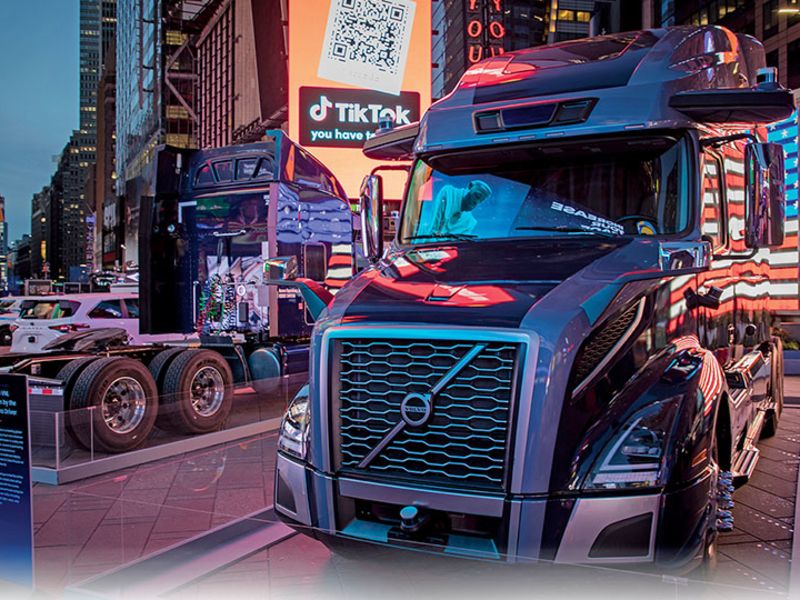 The company entered into partnerships with Volvo, FedEx and Paccar to load big rigs with its technology and received a $400 million investment from Uber — whose ATG autonomous vehicle division Aurora acquired. It’s had to weather a once-in-a-century pandemic and a host of challenges that stemmed from it.

And, of course, Aurora went public in November, trading on the Nasdaq after a merger with a special-purpose acquisition company.

Now, with investor backing and a host of deals under his belt, Urmson, 45, is tasked with leading Aurora as it looks to roll out its technology on semitrucks and passenger vehicles. Urmson, who last month was named a 2021 Automotive News All-Star in the deal-maker category, spoke with Staff Reporter John Irwin. Here are edited excerpts.

Q: As Aurora moves forward after a year marked by major deals, what is it looking for in partners?

A: For us, it’s important that the partners that we work with share a commitment to technology, that they’re excited to move that vision forward, and that we can create value for them and they can create value for us. That’s the key to all of these relationships, is that we’re both bringing something to the table from a position of mutual respect and an aspiration to go do something.

It matters that we get that level of alignment and compatibility at the executive level but then also at the working team level. Because if you don’t have it at both, the partnership’s not going to get where it needs to go.

Unlike some of its competitors, Aurora is working on rolling out self-driving technology in both passenger vehicles and semitrucks. Why?

We realized that the end technology is common for both. When you think about it upfront and you engineer and architect it appropriately, then you can deliver value to both of those ecosystems.

The hard part of driving is understanding the world around your vehicle and figuring out how the other actors are going to respond to what you’ll do and taking a path of action that will keep you safe and get you where you need to go. It doesn’t matter if you’re driving a big truck or a little car, the core understanding is common.

At Aurora, we had that insight early on, and we thought, “How do you harness the hardware and software such that you can take advantage of that insight?” So today, we use the same software and hardware on big trucks as we do on other vehicles.

How will Aurora’s self-driving technology be rolled out?

We’ll launch our first product with trucking, something that will haul goods from one terminal to the next, something just off the freeway that will drive maybe a couple of miles it needs to get onto the freeway. Then it’ll drive a few hundred miles down the freeway, pull off and then pull into a terminal just off some set of surface roads near the freeway.

From there, we expect the same technology to transfer to passenger vehicles. Imagine applications that look a lot like that: going from, say, an airport onto the freeway, drives down the freeway and pulls off at a convention center or hotel district and delivers passengers there. That’s the right, initial application for our approach to market, and we think it’s the right approach overall.

Because we have this partnership with Uber, we’re able to support those trips without having to serve all the trips because drivers on Uber will be able to take people places that we can’t go. And then over time, as we expand the capabilities of the Aurora driver, we’ll expand the types of places that we can serve.

Studies show a reluctance by the public about sharing roadways with self-driving vehicles. How big of a concern is that, and how can those fears be addressed?

If you asked people before the iPhone came out if they wanted an iPhone, I don’t think you’d get anywhere near 40 percent of Americans saying that they thought it’d be useful for them. I’m just not particularly worried about that statistic.

As soon as someone has tried it, the [thinking] flips. We’re all experienced in having a vehicle that’s been driven, whether it was your parents while you were a child or taking a taxi or an Uber somewhere. It’s normal to be in a vehicle where you’re not the driver. The difference is if there’s an Aurora driver driving or if there’s someone behind the steering wheel.

What I see is, people who get into a self-driving vehicle — there’s initially a lot of excitement and energy. And then after a couple minutes, you get into, “That’s all it does? It just drives itself?” and then a few more minutes, they have their phones out. And then, not too long after that, they’re convinced it’s a better driver than they are.

I expect that as more people have the opportunity to engage with the technology and try out real self-driving systems, not just driver-assistance systems, that this will solve itself.