Those in the market for a used 2022 Land Rover Defender that won’t break the bank are in luck as that’s exactly what we have found here. There is a slight caveat, however.

Viewed from the passenger-side front three-quarter angle, you could be excused for thinking this is a regular Defender 90 that simply needs a new home. However, a look at the driver’s side reveals that it has been extensively damaged in a crash and will need some serious repairs to return to the road.

Watch Also: Is The Flagship V8 Defender Worth The Premium Over The Plug-In Hybrid?

Images show that the SUV is missing its front quarter panel and part of the bumper and headlight surround. Of more importance than that is the fact that the wheel and hub have been torn and can be seen resting on the ground. Additional damage can also be seen on the driver’s door. 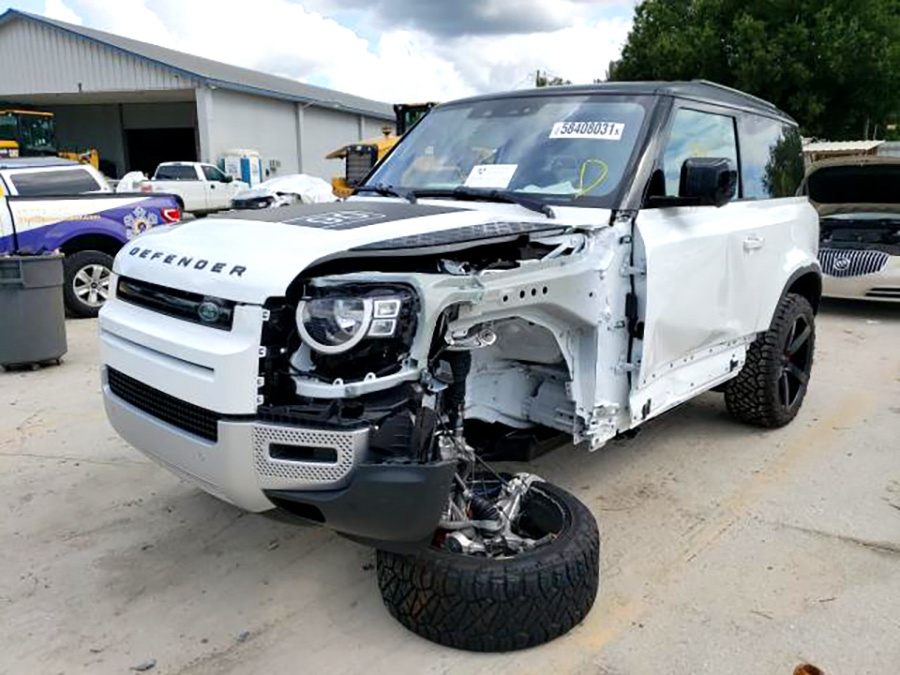 It is unclear just how the Defender sustained the damage that it did but obviously, the front end will require a complete overhaul with a new wheel, brakes, suspension components, driveshafts, and a new axle. It is certainly repairable but it won’t be cheap and the Copart listing reveals that the car has a salvage title. Fortunately, it had only been driven 448 miles (721 km) at the time of the incident and still has a lot of life left in it.

Evidently, someone is keen to own this Defender as a bid of $20,600 had been placed at the time of writing.