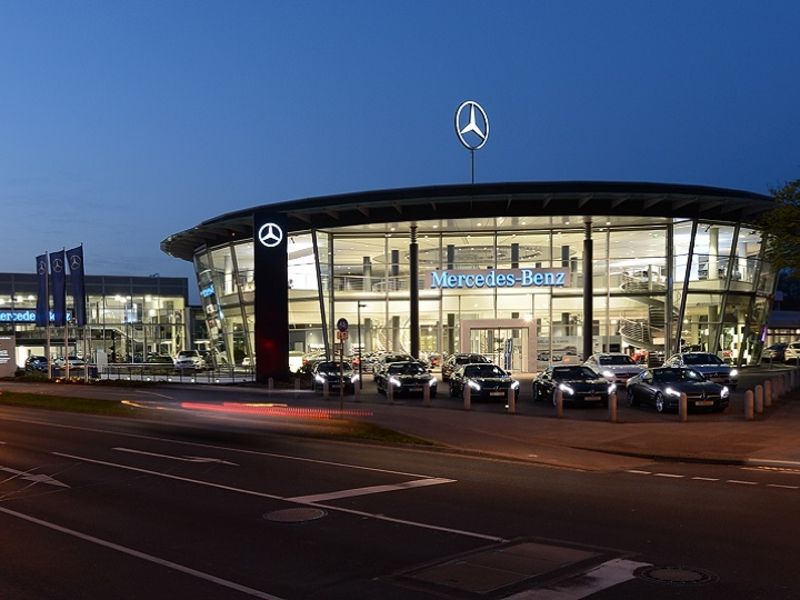 Mercedes-Benz has reached agreement with its European dealers to transition to an agency model, in which customers would buy directly from the automaker rather than the dealer, the brand said Friday.

The agreement with the European Association of Mercedes-Benz Dealers, or FEAC, creates a framework to introduce the change, which would affect passenger cars and vans.

Britta Seeger, the Daimler management board member responsible for sales, said that by the end of 2023, more than half of new Mercedes vehicles available in Europe “should be sold under the agency model.”

The agency model is expected to be rolled out in Germany, Europe’s largest auto market, as well as the U.K., by 2023, Mercedes said.

“With this agreement we are creating a clear and predictable framework for European sales,” FEAC President Friedrich Lixl said in a statement.

Daimler CEO Ola Kallenius said in an interview with Automotive News Europe in June that the agency model would be put in place in a number of European countries, as part of a wider digital transformation of the selling process.

Pilot projects have been conducted in Austria, Sweden and South Africa, Mercedes said.

In the current retail model, dealers buy their stock from automakers and assume costs of promotion as well as holding inventory. They make profits from the margin on vehicles sold, but that margin can vary depending on negotiations with individual customers.

The agency model transfers much of those costs to the automakers. Dealers would receive a fee per vehicle sold, as well as revenue from after-sale services. They would make less money per vehicle but make up the difference by not having to incur costly inventory and promotional expenses.

A number of other automakers that sell in Europe have signaled their intention to switch to the agency model, in part to cut distribution costs and also to have greater control over the selling process.

Stellantis, created this year from the merger of PSA Group and Fiat Chrysler Automobiles, has canceled dealer contracts as of June 1, 2023, in preparation for moving to agency sales by 2026.

Mercedes said that benefits for customers would include greater price transparency and a larger selection of vehicles online. For dealers, “The new agency model offers partners the opportunity to concentrate even more than before on customers and their support,” the automaker said.

It envisions the sales process as a mix of digital and physical touch points: Some buyers would still want to go the traditional route and start by visiting a dealership, while others might conduct the whole process online, including a virtual tour or test drive of the vehicles.

“We want to make it as easy as possible for our customers to interact with us,” Seeger said in the release. “It does not matter if it’s digital or physical.”

Because of U.S. franchise rules, it is unlikely that Mercedes could reach the same agreement with its dealers there.