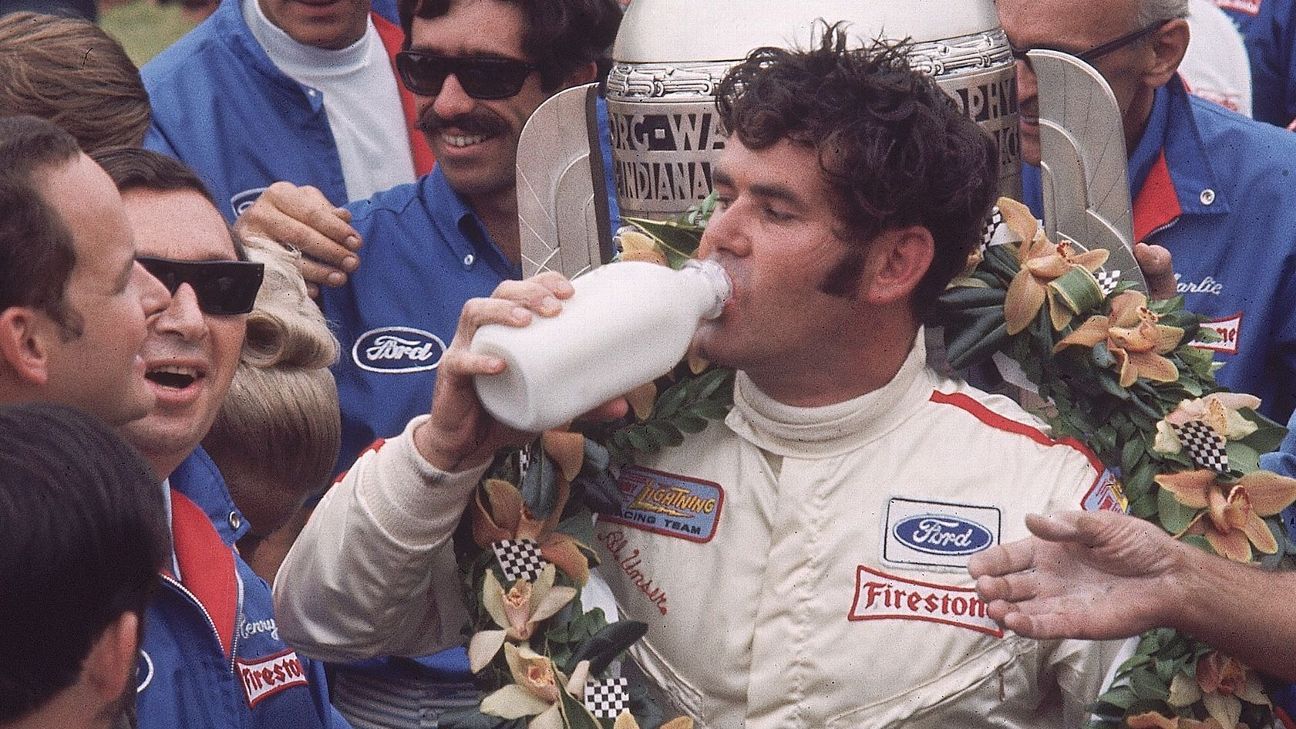 Al Unser Sr., a four-time winner of the Indianapolis 500 and three-time champion in what is now the IndyCar Series, Thursday following a long illness. He was 82.

Indianapolis Motor Speedway said early Friday that Unser died at his home in Chama, New Mexico, with his wife, Susan, by his side. He had been diagnosed with cancer 17 years ago.

An icon and hero to racing fans around the world.

A history-making and beloved member of the #IMS family.

“Al Unser Sr. was one of the smartest drivers I’ve ever raced against,” Mario Andretti said on ESPN’s SportsCentury series. “And I often said I wish I could’ve had some of his patience. I know it would have worked for me many time.”

Unser began racing in 1957 and competed in his first Indy 500 in 1965. He dominated in his first Indy win in 1970 by starting from the pole and leading all but 10 of the 200 laps, beating runner-up Mark Donohue by 32 seconds. He won again the following year in the distinctive “Johnny Lightning Special” fielded by Parnelli Jones and finished second to Donohue in 1972.

He earned his third Indy win in 1978. The fourth, in 1987, was, by far, the most surprising as he entered the month of May without a ride for the race.

Unser had been dropped by team owner Roger Penske after four seasons in favor of Danny Ongais, but Ongais suffered a concussion in a practice crash and wasn’t able to compete. Penske turned back to Unser, giving him a backup car that began the month as a show car on display in a hotel in Reading, Pennsylvania, where the team was based.

With his victory in 1987, Unser, then 47, became the oldest winner in Indy 500 history. He also joined A.J. Foyt as the only four-time winners of the race, a group that now includes Rick Mears and 2021 race winner Helio Castroneves.

“I will always remember Big Al welcoming me to the speedway,” Castroneves told The Associated Press on Friday. “He and Johnny Rutherford were the two helping me with my rookie orientation. He will be missed.”

Unser made 27 starts in the Indy 500, third most in history, and qualified once on the pole and five times on the front row.

He retired in 1994 and remains the all-time lap leader for the Indianapolis 500 with 644, leading over half the laps in three of his Indy 500 victories. The closest active driver is Scott Dixon with 570 laps led.

Unser also ran five NASCAR races in his career, finishing fourth in the 1968 Daytona 500 and earning three top-10 finishes in NASCAR. He also won three times in the International Race of Champions, an all-star series that pitted the top drivers from various disciplines against one another.

The youngest of four racing brothers, Unser was born in in Albuquerque in 1939 to a family of hard-core racers. His father, Jerry, and two uncles, Louis and Joe, were also drivers. Beginning in 1926, the family began competing in the Pikes Peak International Hill Climb, an annual road race held in Colorado.

Al’s oldest brother, Jerry, became the first Unser to qualify for the Indianapolis 500 in 1958; he was killed in a crash during practice the following year.

Al Unser Sr. was inducted into the Indianapolis Motor Speedway Hall of Fame in 1986 and the International Motorsports Hall of Fame in 1998. His collection of trophies and cars is housed at the Unser Racing Museum in Albuquerque.

Unser is survived by his wife, Susan, and son, Al Jr. He was preceded in death by daughters Mary and Deborah.