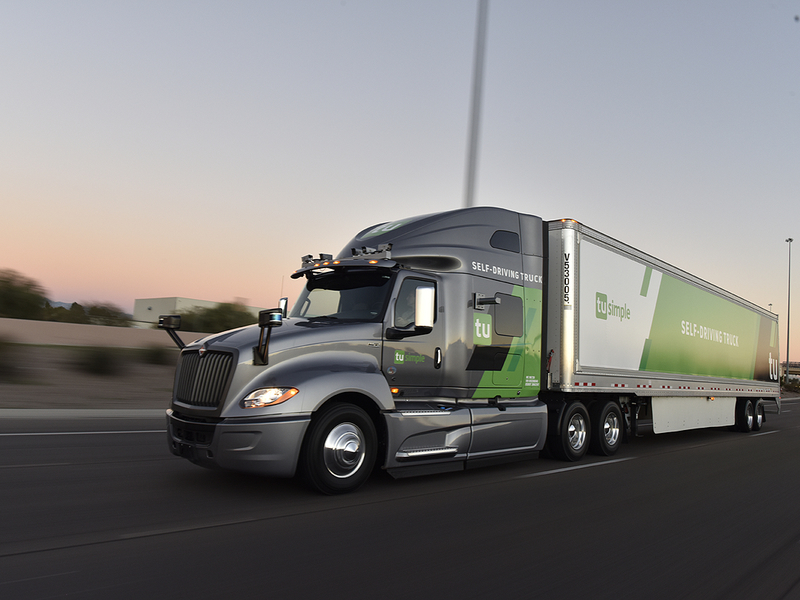 AUSTIN, Texas — DHL Supply Chain has placed a U.S. order for 100 trucks equipped with TuSimple‘s self-driving technology and manufactured by Navistar to further expand its understanding of driverless trucks in its supply chain.

DHL, a subsidiary of Deutsche Post AG, in a statement said that while the partnership was currently in its infant stages, it looked forward to deploying TuSimple’s driverless technology across multiple regions outside the U.S. in the future.

The logistics provider, which also has partnerships with other self-driving companies, began working on a pilot program with California-based TuSimple earlier this month to transport daily hauls between Dallas and San Antonio, Texas.

Those hauls are currently operated by TuSimple-owned trucks retrofitted with the company’s self-driving technology. The new trucks, expected to be delivered to DHL between 2024 and 2025, will be owned by the logistics company and equipped with autonomous technology from the start.

TuSimple will then provide its self-driving services to DHL on a subscription basis as part of the company’s long-term business plan, TuSimple CEO Cheng Lu said in an interview.

“Retrofitting a truck is simple not scalable,” Lu said.

For DHL, autonomous truck deployment is currently limited and a spokesman said the company was vendor-agnostic, allowing it to partner with the optimal suppliers and technologies in different regions.

DHL in October submitted a reservation for 100 trucks with TuSimple competitor Embark Trucks Inc., and said it will submit further reservations with a yet unnamed third autonomous trucking provider.

The DHL order brings TuSimple’s total truck reservations to nearly 6,900. The company already has a partnership with UPS and said it aims to remove safety drivers from its trucks on an 80-mile test route between Tucson and Phoenix, Ariz. in the coming months.