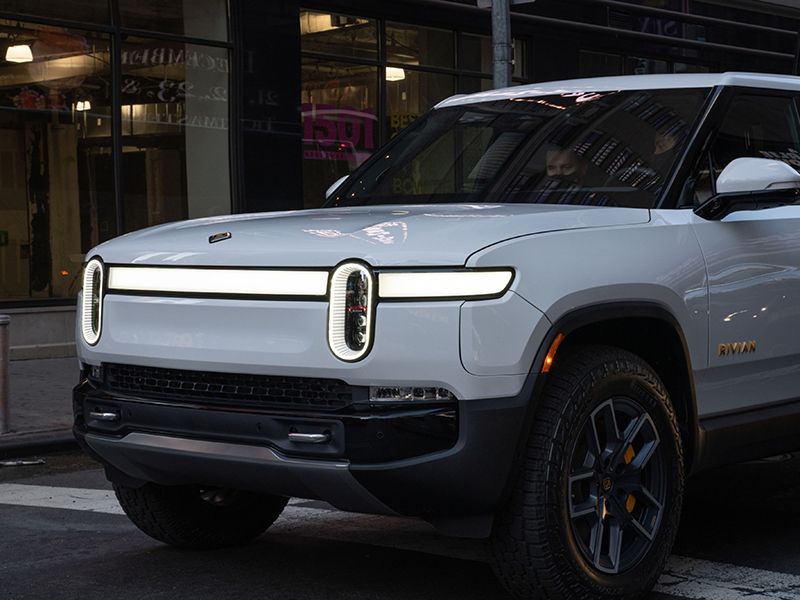 Rivian Automotive Inc. said it expects to fall short of its annual production target as the EV maker gave investors the first look at its operations as a public company.

The EV startup will be “a few hundred vehicles short” of its goal to produce 1,200 units by the end of the year, according to a statement Thursday. Rivian said it had a net loss of $1.23 billion in the third quarter, or an adjusted net loss of $776 million.

The quarterly report came as Rivian said it will build its second EV assembly plant in Georgia.

Boosting output of the marquee pickup has been “harder than expected,” CEO R.J. Scaringe said on a conference call with analysts. There are no long-term, systemic issues in its supply chain, he added.

The report underscores the challenges in ramping up production after the would-be rival to Tesla Inc. raised $12 billion in an initial public offering last month, the biggest listing of the year. The Irvine, Calif.-based company, which also announced plans to open a new factory in Georgia, is backed by a stellar list of strategic and institutional investors, including Ford Motor Co., Amazon.com Inc., and Wall Street stalwarts like T. Rowe Price and BlackRock.

Shares of Rivian were down 10 percent to $97.97 in after-hours trading Thursday. Through the close, the stock was up 40 percent from its IPO, giving it a market value of almost $100 billion, greater than General Motors and Ford.

The startup launched its first model in September, the R1T pickup, which is being built at a facility in Normal, Ill. Rivian started deliveries of its R1S SUV this month. It also has an order to produce 100,000 battery-powered delivery vans for Amazon.

Rivian has been prioritizing resources for the Amazon Van project over its own consumer models, Bloomberg reported in October. Rivian said Thursday that it would start deliveries of the first saleable Prime Rivian vans to Amazon this month.

To support its growth, Rivian said it would start building the EV and battery plant in Georgia next summer, confirming reports by Bloomberg News and other outlets in recent days. The $5 billion site is projected to employ more than 7,500 people and have manufacturing capacity for 400,000 vehicles annually, with production starting in 2024.

Rivian ended the quarter with cash and cash equivalents of $5.2 billion. Factoring in the proceeds of the company’s IPO and the value of its senior secured notes, the company would have $19.9 billion of available cash.